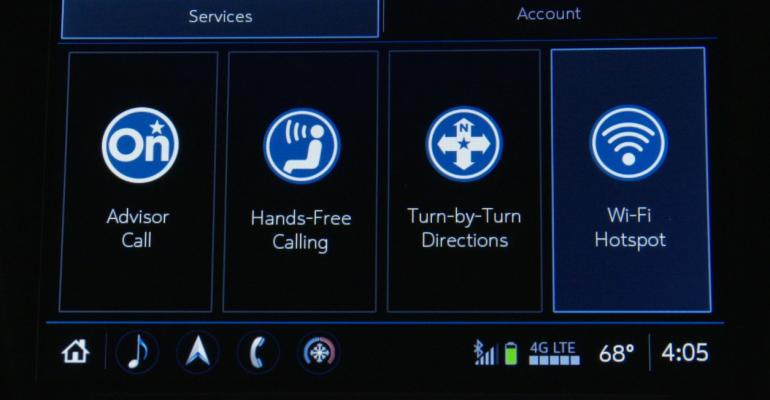 General Motors
The built-in OnStar 4G LTE enables an active connection to the vehicle that, with customer consent, will allow GM to remotely update features. .
Vehicles

GM Tries to Make Sense of All That Connected-Car Data

General Motors has what Allen Levenson calls a “rich data ecosystem.” Helping to nourish it are 20 million connected vehicles on the road in 47 countries.

In the digital age, “we’re drowning in data,” he says at Thought Leadership Summits’ annual conference (videocast for the first time this year) focusing on analytics and the customer experience.

The goal is to organize and aggregate data in ways that create something of a paint-by-numbers idea of what’s going on out there – without crossing into the “creep” zone in which consumers fear their privacy is invaded.

GM has what Levenson calls a “rich data ecosystem.” Helping to nourish it are 20 million connected vehicles on the roads of 47 countries.

Data collecting from onboard equipment began in 1996 when GM introduced OnStar, a telematics system that, among other things, tracks cars in the name of safety and security.

For example, if an OnStar-equipped car is involved in an accident, the system automatically knows and dispatches first responders to the scene. Less urgently, OnStar also provides concierge services to subscribers.

An OnStar “byproduct” is that it provides assorted driver behavioral data “we can put to use,” says Levenson, who formerly worked for large dealership groups including AutoNation, Penske and Asbury. “OnStar provides enormous amounts of data. Our data base is among the 10 largest in the country.” 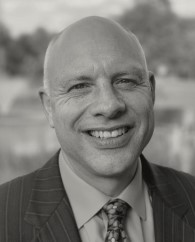 He emphasizes GM is careful to protect privacy. The aggregated data is based on anonymity, not matched up with people’s identities. (Levenson, left)

Referring to “the creep factor,” Levenson says Mercedes-Benz in Europe once used its vehicle-location technology to help with vehicle repossessions. “That got pushback.”

But telematic information can be relayed back to customers to keep them informed about their vehicles. For instance, the system can inform lessees that at their current rate of vehicle use, they may soon exceed their lease-agreement’s mileage limit. GM can then send them an alert offering a mileage-extension plan. “That benefits them, and us,” Levenson says.

Onboard diagnostic equipment can alert owners of a maintenance issue or when an oil change or brake work is due. That keeps a vehicle in good shape and helps a dealership service department’s bottom line.

For fleet operators, the onboard data-collecting equipment can tell how safely and efficiently employees are driving and whether they are getting the expected miles per gallon.

Some insurance companies offer premium discounts to customers who agree to allow insurers to monitor their driving behavior and patterns. “It’s voluntary and helps manage risk,” Levenson says. “If they are driving safely, they can get a discount. We have the information. It tells how they are driving, when they are driving (at night is statistical riskier than during the day) and whether they are wearing seatbelts.”

Some municipalities spend money trying to find and fix potholes, Levenson says. Using its collected data, GM can immediately “tell them where the potholes are. We can even tell how big and deep they are.”