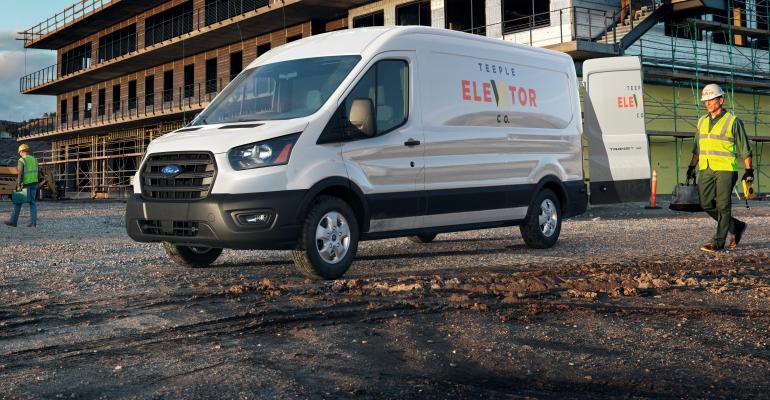 Ford and ADT Security are preparing to invest $100 million in a joint venture launching in early 2023 that will protect both cargo and valuables stored in both commercial and private vehicles, first with aftermarket accessories and later with systems integrated into new vehicles.

The new JV, called Canopy, will combine ADT’s professional security monitoring and Ford’s video camera technology to protect Ford vehicles and, eventually, those of other automakers.

The first Canopy products will be sold to dealerships, major retailers and online. Ford Pro will be an important launch partner delivering these solutions to commercial and government customers of all sizes.

“Thieves have been even more active during the pandemic and know business owners store valuable equipment in vehicles, often hauling more than $50,000 of gear. Canopy is here for those who’ve had enough of thefts that threaten their livelihoods,” Franck Louis-Victor, vice president-Ford New Business Platforms, says during a conference call outlining the new venture.

“Key to Ford’s software-led transformation are new ideas such as Canopy and collaborating with other innovators such as ADT, which brings to vehicle security their leadership protecting families, homes and business,” says Louis-Victor (pictured, below left), a veteran Renault executive who joined Ford in 2021 to help develop new ventures in mobility services.

Canopy will integrate camera security solutions in Ford vehicles for seamless protection inside and outside vehicles.

The first products to be manufactured and sold will be available in the U.S. and the U.K. for the industry’s highest-volume commercial and retail pickups and vans – including the Ford F-150, battery-electric F-150 Lightning, Transit van and battery-electric E-Transit – and will be easily installable by customers to protect work and recreational equipment.

The FBI estimates stolen work equipment cost more than $7.4 billion in 2020 in the U.S., and thefts of valuable work equipment are believed to be underestimated in stolen-vehicle reports.

Canopy will seek factory-vehicle integrations with other automakers over time. “We are setting up this business to go after a customer base that is broader than Ford and broader than ADT,” says Christian Moran, Canopy’s interim CEO, who adds Ford has been studying and testing the ideas behind the new venture for two years. 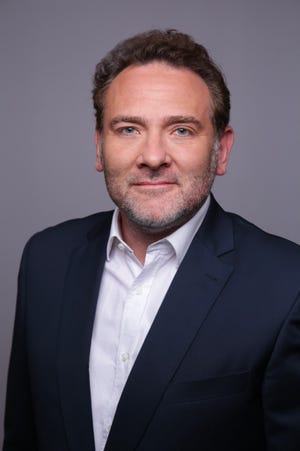 The initial product will have a camera that can be mounted in either a van’s cargo area or on a pickup facing the bed. The platform will use artificial-intelligence technology to identify and report “credible” threats while reducing false-alarm signals.

Customers will be connected to the system via the Canopy app to livestream video from the vehicle, get notified of suspicious activity, or review past events.

The system will trigger a smartphone alert if it detects any indicators of potential criminal activity, such as breaking glass, metal cutting or suspicious motion or sound near the vehicle.

Customers can warn potential thieves they are being monitored by speaking through the smartphone app, enabled by a two-way audio feature that will be available by next year.

The system will alert ADT monitoring professionals if it detects a person loitering around or breaching the vehicle. The monitoring agents can then contact customers, fleet managers or police to take additional measures to help prevent theft.

“Commercial customers around the world are laser-focused on protecting investments from costly replacements that can impact their bottom lines,” says Ted Cannis, CEO, Ford Pro. “Canopy will help Ford Pro deliver another service to fleets helping to improve total cost of ownership by staying productive and avoiding downtime associated with stolen tools.”