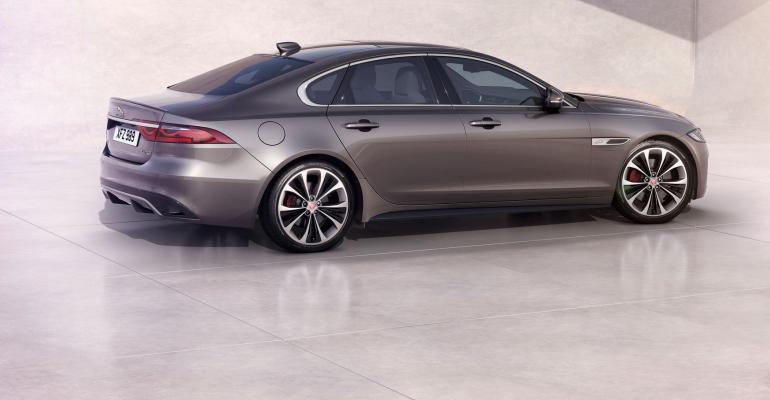 Jaguar’s director of interior design, Alister Whelan, says the XF and F-Pace were born using the same design philosophy, which means they preview what’s next.

Jaguar didn’t work on the 2021 refresh of its XF sedan in a vacuum. In fact, the new XF is supposed to be viewed alongside the ’21 F-Pace, which the automaker unveiled last month, both inside and out.

“We used the opportunity to bring together both the XF and the F-Pace as part of the same family, almost like cousins,” Jaguar design director Julian Thomson says. The visual connections can be seen in the new, wider grille, which not only ties the XF to the F-Pace but also moves it visually further away from the XE, which was intentional.

The XF’s new LED quad headlights make a connection to the F-Type sports car, and both the XF and the F-Pace use Jaguar’s “Double J Blade” daytime running lights, again reinforcing the new family connections.

Styling resemblances continue inside, with updates that are meant to make both new vehicles feel more luxurious and authentic. There are open-pore wood veneers and laser-etched speaker frets finished in brushed metal. Jaguar’s director of interior design, Alister Whelan, says the two vehicles were born using the same design philosophy, which means they preview what’s next.

“(The XF) is now a true Jaguar sport saloon,” he says. “As an interior designer, these new cars gave us a unique opportunity to bring to life the philosophy that we’ve developed for the next generation of Jaguars and see how we can apply it to our current generation of cars.” 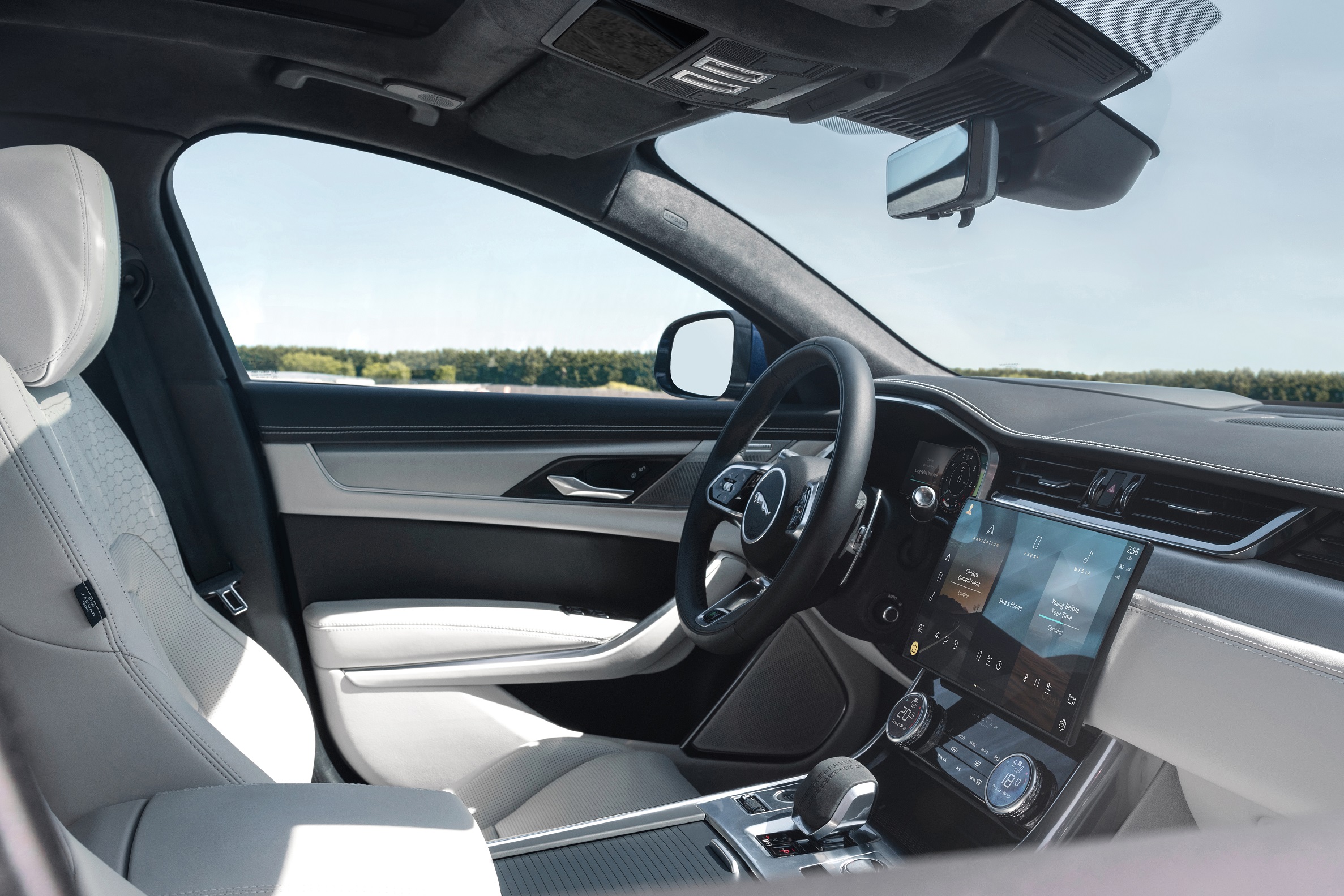 As with the new F-Pace, Jaguar is excited for its drivers to experience the upgraded Pivi Pro infotainment system (interior pictured above). In the XF, the dual-sim system comes with an 11.4-in. (29-cm) curved glass touchscreen.

The system can connect to two mobile phones at once (through Bluetooth, Android Auto or Apple CarPlay) and allows for the car to receive over-the-air software updates.

Thanks to the next-gen Electronic Vehicle Architecture (EVA) 2.0, Pivi Pro can turn on almost immediately when the driver door is opened, making the smartphone-inspired system ready by the time you sit down, Jaguar says.

EVA 2.0 also made it possible for Jaguar to introduce two new cabin technologies in the XF. The first is PM2.5 cabin filtration, which removes ultra-fine particles from the air inside. Drivers can control the cabin air technologies through the Pivi Pro's screen.

The other technology is active road noise cancelation, which transmits low-frequency sounds through the audio system to cancel unwanted road noise. More than just making it easier to hear your music or have a conversation, Jaguar says this technology helps minimize driver fatigue. 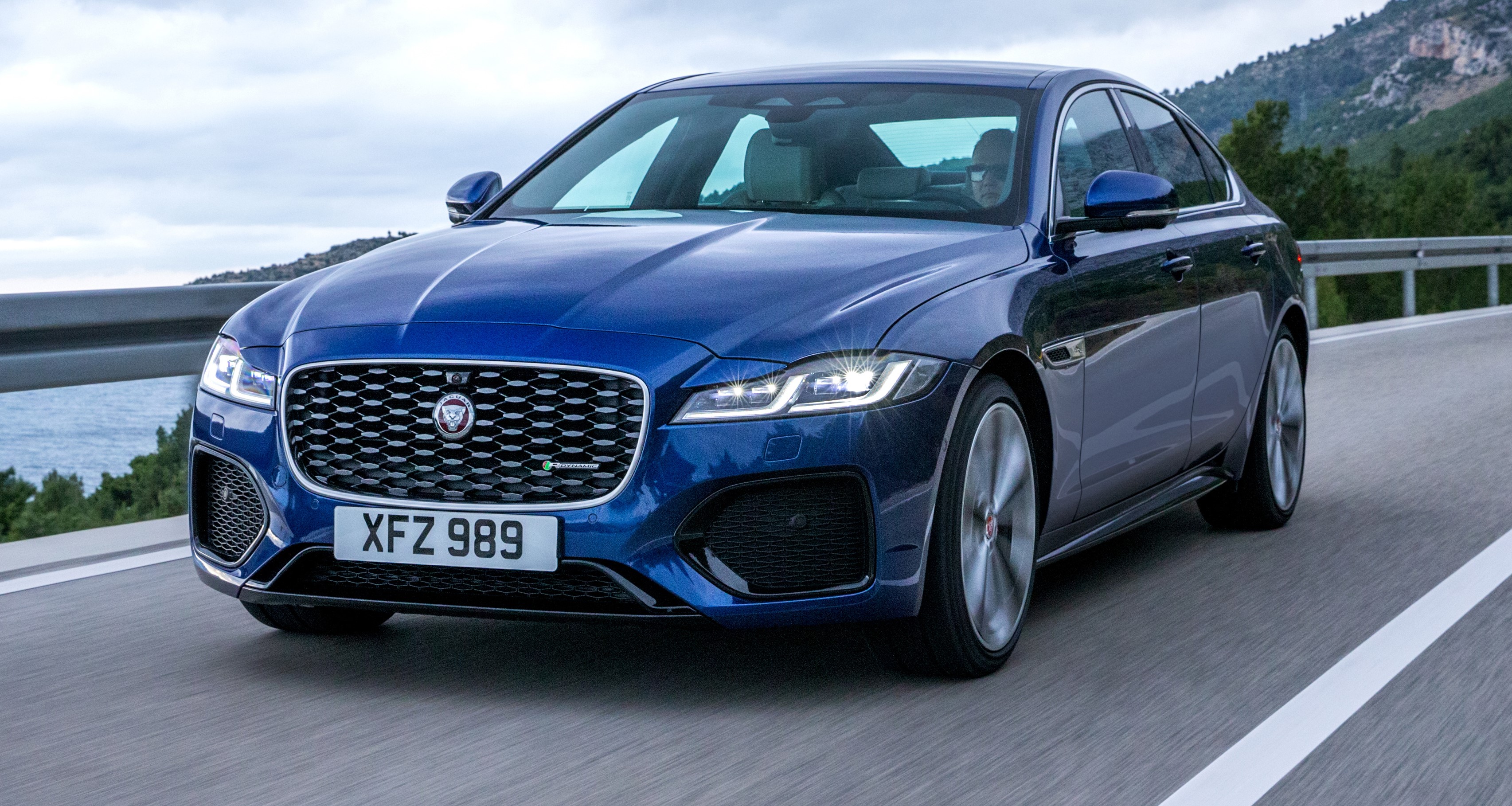 Jaguar will offer a number of personalization options on the ’21 XF (pictured above). There will be three basic configurations — the P250 S RWD, P250 SE RWD and P300 R-Dynamic SE AWD — along with seven wheel designs and three standard interior color choices: Ebony, Light Oyster and Caraway.

The top-end P300 also has some design touches to emphasize the added power, such as gloss black finish on the lower front air intakes, bumper and upper rear valance to provide more of a visual distinction between these areas and the XF’s body color.

Inside, the P300’s sport seats are available in Ebony, Light Oyster, Mars Red or Siena Tan, and there’s an ebony headliner, unique treadplates and special accent colors that make sure you won’t mix up a P300 with a P250.

Despite all the efforts that went into making sure you can’t miss Jaguar’s new familial look, sometimes you still want to stand out. 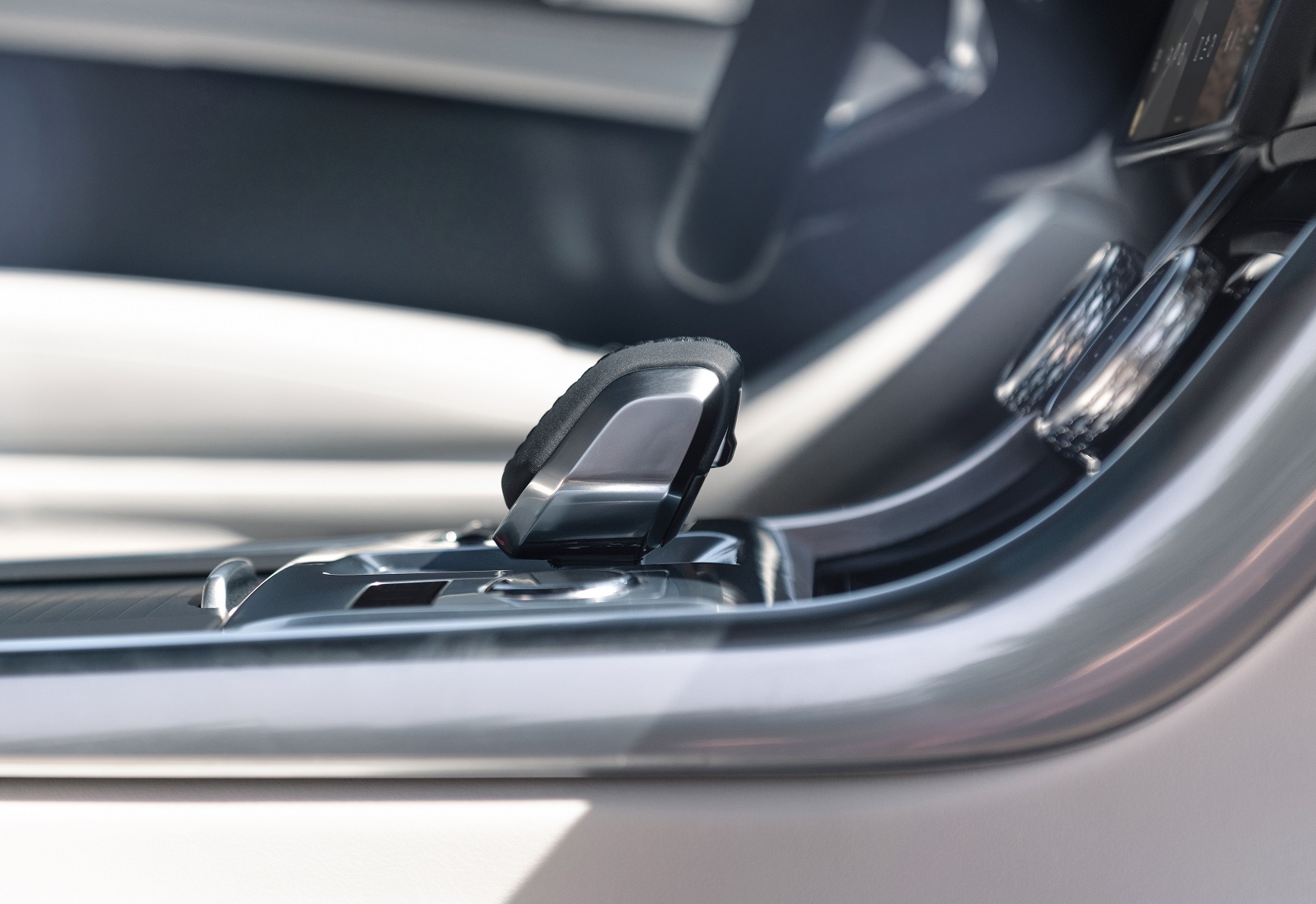