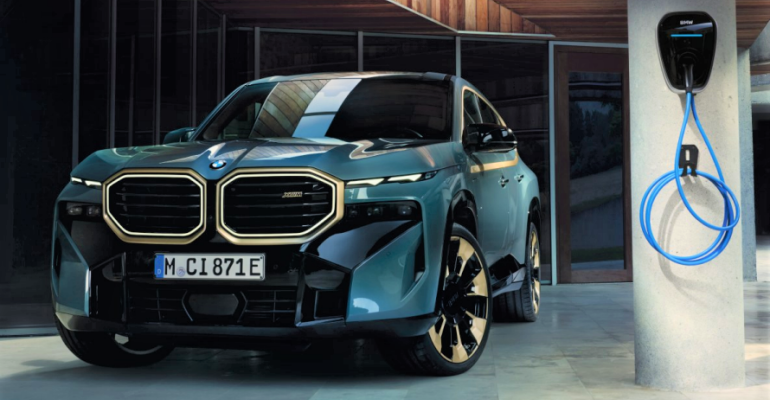 With the promise of up to 738 hp from a range-topping “Red Label” variant, the 5-seater also is BMW M’s most powerful car to date, topping the 627 hp of the existing M5 CS.

With a 25.7-kWh lithium-ion battery mounted within the floor of the trunk, the XM is claimed to offer electric-only range of 51-55 miles (82-89 km) on the European WLTP test cycle.

The heart of the XM is a newly developed PHEV drivetrain that, according to Frank van Meel, CEO of BMW M, also will be used in other upcoming BMW M models.

It combines BMW M’s recently upgraded twin-turbocharged 4.4L gasoline V-8 with an electric motor integrated into the XM’s standard 8-speed, torque-converter-equipped automatic gearbox, where it develops 194 hp and up to 207 lb.-ft. (281 Nm) of torque. 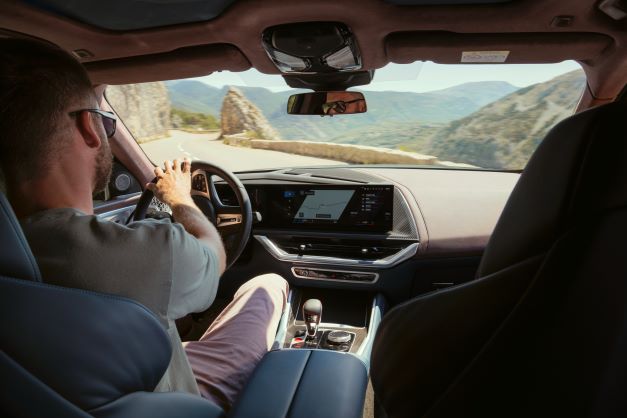 BMW M confirms the XM receives up to four different driving modes: a default Hybrid setting, together with Comfort, Sport and Sport Plus.

Drive is sent to both axles via a specially developed version of BMW M’s fully variable xDrive all-wheel drive system, featuring an electric multi-plate clutch. The apportioning of drive front-to-rear varies in each of the driving modes. A rear differential also splits torque between the individual rear wheels in a so-called Torque Vectoring process.

The XM shares much of its double-wishbone front and multi-link rear suspension with the X7, though BMW M has provided its new model with its own unique elastokinematic properties, including specific electronically controlled damping and a 48V anti-roll system that uses electro-hydraulic actuators to suppress pitch and roll.

The bold design of the production version of the XM adheres closely to that of the earlier Concept XM revealed in November 2021. 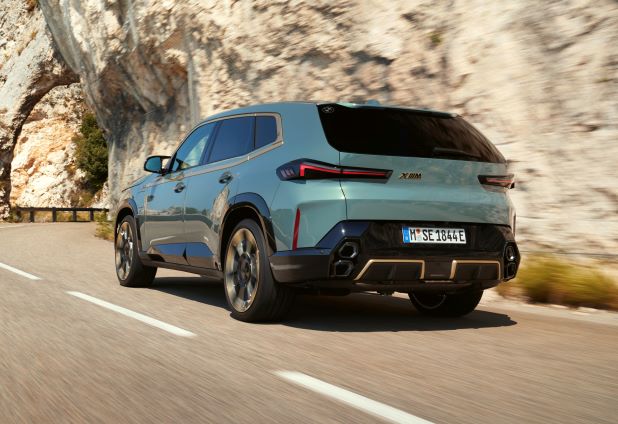 Commenting on the extroverted appearance, which includes a radical interpretation of BMW’s traditional kidney grille treatment, van Meel says: “It’s got this rock-star image of on-stage/backstage. The car itself is more like the front of the stage, but at the same time in the second seating row you have this cozy bench, which is more like the backstage area.”

Inside, the XM includes many of the developments brought to the recently facelifted X7. Included is a curved digital display sourced from the iX as well as a head-up display with augmented reality functionality.

Pricing for the CUV, intended to rival the Cayenne Turbo S E-Hybrid and Purosangue, starts at $159,000. North American deliveries are planned for first-quarter 2023.