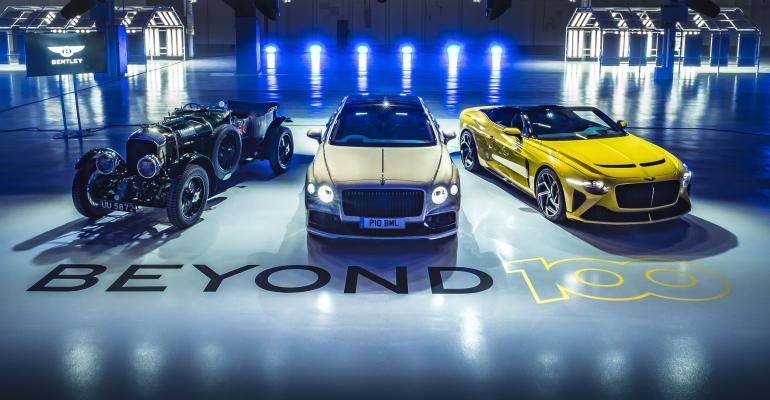 The U.K. automaker says its lineup will be all-electric by 2030.

Bentley confirms its first battery-electric model, set to be launched in 2025, will be assembled at its Crewe factory in the U.K. – and another four electric-powered models are to follow by 2030, says Matthias Rabe, head of technical operations.

In an announcement that cements the future of the luxury automaker’s traditional production site, Bentley says it will invest up to £2.5 billion ($3.4 billion) in plant facilities and R&D activities at Crewe over the next decade.

The first battery-electric Bentley is planned to roll off the Crewe production line within three years, and within eight years every new Bentley will feature a battery-electric driveline, the company says.

“It is the biggest product offensive Bentley has ever had,” says Rabe, adding. “It is an unprecedented product launch plan and all cars will be fully designed and developed in Crewe, and will feature the most modern technology developed by the (parent) Volkswagen Group.”

The investment forms part of the Beyond 100 strategy, which charts an entry into the EV ranks for the company founded by Walter Owen Bentley in 1919.

Bentley says it plans to build a new greenfield facility alongside its existing Crewe factory. The so-called “Dream Factory” is intended to transform Bentley operations “into the future benchmark of luxury-car manufacturing with unique customer and employee experiences” with what the company describes as “digital manufacturing concepts and low environmental impact.”

Adrian Hallmark, chairman and CEO of Bentley Motors, says: “Beyond100 is the boldest plan in Bentley's history, and in the luxury segment. It’s an ambitious and credible roadmap to carbon neutrality of our total business system, including the shift to 100% BEV in just eight years.

“Our aim is to become the benchmark not just for luxury cars or sustainable credentials but the entire scope of our operations,” he says. “Securing production of our first BEV in Crewe is a milestone moment for Bentley, as we plan for a long-term sustainable future in Crewe.”

The first Bentley BEV is to be based on the PPE electric-car platform currently in joint development by Audi and Porsche.

Unpainted body shells for the new model are to be produced at the Volkswagen Commercial Vehicles plant in Hanover, Germany, before being shipped to Crewe for production and final assembly.

The move mirrors that of the Bentley Bentayga, whose body shell is produced at the VW factory in Zwickau, Germany.

Crewe is home to a wide range of Bentley operations (pictured, below), including design, R&D and production of each of its three models, the Continental, Flying Spur and Bentayga. 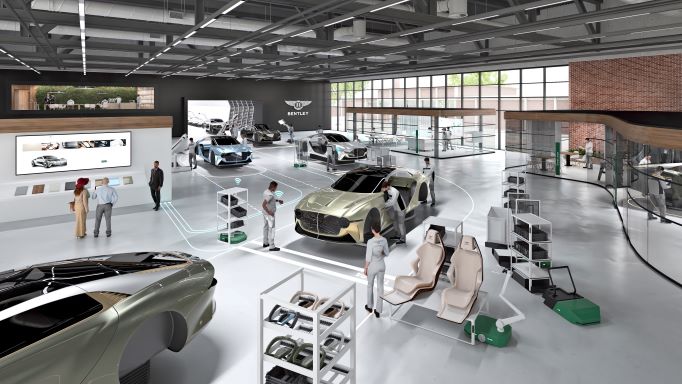