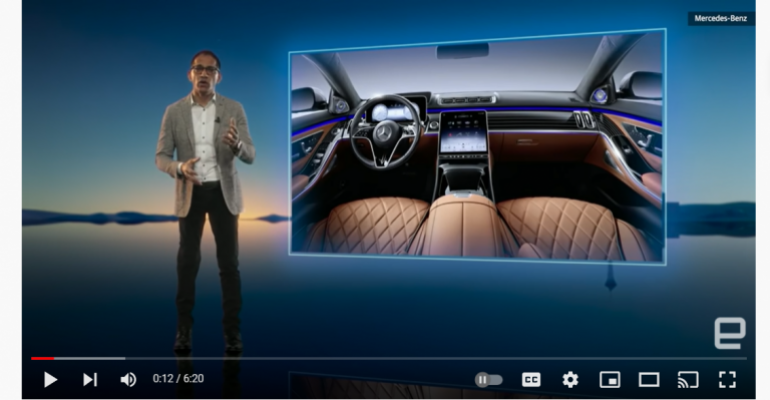 Automotive to Have Big Presence at 2022 CES

There will be more than 185 vehicle-tech exhibitors occupying the West Hall this year, including BMW, Daimler, Damon Motorcycles and Hyundai, and CEO Mary Barra will deliver a keynote highlighting General Motors’ technology roadmap.

Auto shows aren’t what they used to be, and CES is evolving alongside them. What once was an event focused predominantly on consumer electronics is now a sprawling takeover of Las Vegas that includes a medium-sized auto show embedded within.

For CES 2022, running from Jan. 5 to 8, show organizers are bringing in more automotive companies and maintaining a relentless focus on autonomous and battery-electric vehicles.

And, because this is the first in-person CES during the COVID-19 pandemic, there will be more space between booths, allowing attendees to walk through the convention center while also maintaining – to some degree – social-distancing requirements.

There will be more than 185 vehicle-tech exhibitors occupying the West Hall this year, including BMW, Daimler, Damon Motorcycles and Hyundai, show organizers say during a pre-CES media briefing.

Suppliers such as Qualcomm Automotive, Bosch and Continental will bring their latest offerings as well, and BEV startup REE will display its fully autonomous last-mile delivery concept vehicle, called Leopard, for the first time, along with its modular BEV platforms. Sensor providers such as OmniVision also will be on hand.

General Motors CEO Mary Barra will deliver a keynote address to talk about her company’s vehicle-technology roadmap, and the automaker officially will unveil its new Chevrolet Silverado BEV during the show.

GM announced a number of BEVs at the all-virtual CES 2021 last year, including a teaser for the Bolt EUV and details about the Cadillac Celestiq sedan.

Self-driving technologies from Aptiv and Waymo will be demonstrated at CES in January, as they have in the past, but the most action-packed event scheduled for January is likely to be the autonomous race-car challenge that will take place at the Las Vegas Motor Speedway Jan. 7. This won’t be a standard race, and not only because there won’t be human drivers on board. This is a high-speed, head-to-head passing competition that will be similar to the first Indy Autonomous Challenge that took place in October in Indianapolis.

There, 21 universities from nine countries made up nine teams that sent their self-driving Dallara AV-21 race cars on high-speed laps topping 130 mph (209 km/h). Five teams – EuroRacing from Italy, Switzerland and Poland; KAIST from South Korea; MIT-PITT-RW from the U.S. and Canada; PoliMOVE from Italy; and TUM Autonomous Motorsport from Germany – will compete during CES, with the overall series offering a $1 million grand prize. TUM Autonomous Motorsport won the October event.

Other mobility technologies including electric bikes and scooters are expected at the eMobility Experience area of CES 2022. A test track and demos will be available in the West Hall of the convention center.

Finally, the first iteration of the “Las Vegas Digital Twin” will be unveiled during CES this year. Digital twins are virtual models of real-world objects – or places, in this case – that are enabled by the internet of things and offer real-time digital information about what’s happening.

The idea with a digital twin of a city is to leverage advanced 5G networks to “vastly improve mobility, air quality, noise pollution, water management and emissions from major buildings,” according to Cityzenith, a software developer involved in the project.

The system being set up in Nevada will help transition the city to zero carbon emissions, Cityzenith says, adding that its Digital Twin technology already has been used in New York as part of a “Clean Cities-Clean Future” initiative.

Phoenix is likely to join the digital twin world soon as well, the developer says. 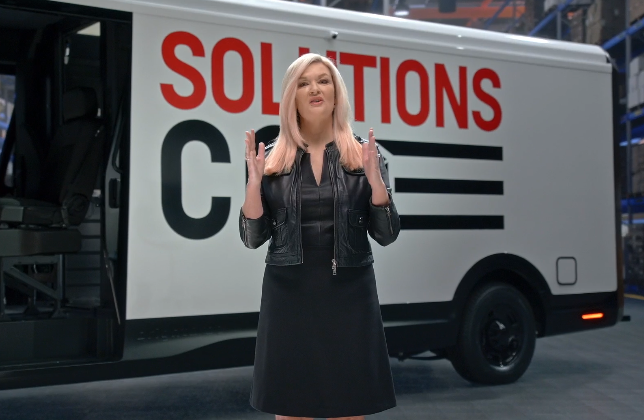