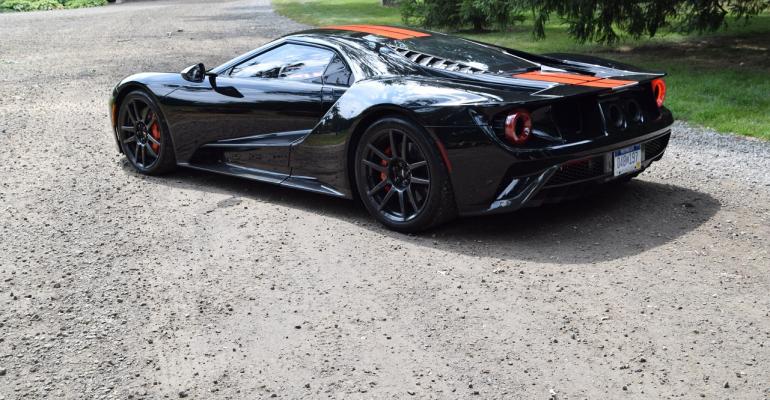 The second-generation Ford GT – manufactured with a carbon-fiber monocoque tub, body panels and interior surfaces – has been available since late 2016, assembled essentially by hand on contract by Multimatic Motorsports in Markham, ON. They make one a day, or 250 per year. The total production run will be 1,350 vehicles, ending in 2022.

This road-hugging screamer painted in Halloween colors can’t be fully appreciated on public roads with patrol cars about. It’s intended for the track – a tribute to Ford’s GT40, which won four consecutive campaigns at the 24 Hours of Le Mans in the late 1960s. This latest iteration was victorious at Le Mans in 2016 and came oh so close in 2018 and this year.

But you can’t test drive a car like this without experiencing it close to the 6,000-rpm redline. Two mashes of the accelerator with no traffic ahead unleashed an otherworldly howl that filled the cabin and will not soon be forgotten. I was suffering earlier this year from an annoying (and scary) echo in my right ear, but the twin-turbo 3.5L EcoBoost V-6 produced a sound I wouldn’t mind hearing again and again.