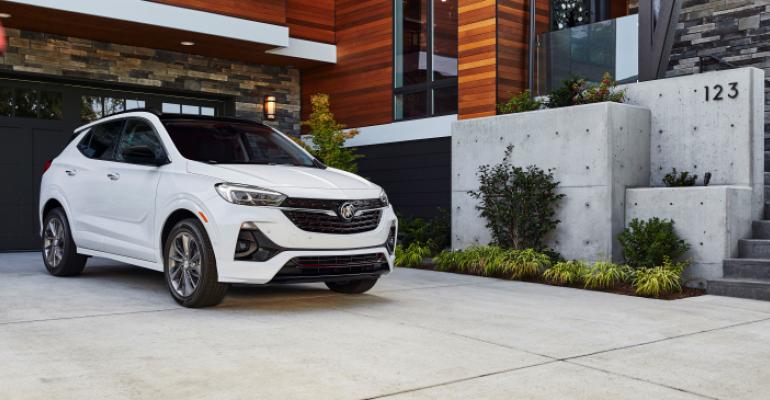 The new model sits on an all-new architecture and wedges between the existing Encore and Envision in the brand’s lineup. It’s better-looking than the Encore, and it offers all the latest GM driver-assistance and infotainment features.

General Motors jams a lot into a small package with its Buick Encore GX SUV.

The all-new model, only the second spawned from GM’s VSS-S architecture that also underpins the Chevrolet Trailblazer, is a technological tour de force of sorts for the automaker, packed with advanced driver-assistance systems and state-of-the-art infotainment. But it’s not so much what’s on the Encore GX – most of these features are not new; it’s that you can have it all at a reasonable price.

The Encore GX slides into Buick’s lineup between the Encore and the Envision, straddling the Small and Compact SUV segments stocked with such competitors as the Honda HR-V and Nissan Kicks at one end and the Ford Escape and Hyundai Tucson at the other. Dimensionally, it’s not much bigger than the base Encore but that extra few inches in wheelbase and overall length add up to more-interior room and cargo capacity.

It’s no surprise Buick sees SUVs as critical to its future. The segment accounts for 90% of its U.S. sales and is drawing first-time customers to the brand. Last year, 74% of buyers were new to Buick, including those who migrated from other GM brands.

By adding the South Korean-built Encore GX into its SUV mix, Buick now has three models to cover the ground that accounts for 30% of U.S. light-vehicle sales and repesents a 1.5 million-unit market opportunity.

In designing the car, Buick focused mainly on style and technology. The GX features a lower profile than the base Encore. Its more-chiseled contour, sporty body-colored bumpers and trim, more aggressive grille, strong character lines and standard 18-in. wheels make for a better-looking vehicle with a much more solid stance.

Inside, the GX takes a significant step up from the base Encore as well. Three trims are offered: Preferred ($25,095), Select ($26,695) and Essence ($29,495). Our top-line Essence tester featured leather seats, a leather-wrapped steering wheel, 8-way adjustable passenger seat and air ionizer, extending a healthy list of standard equipment. 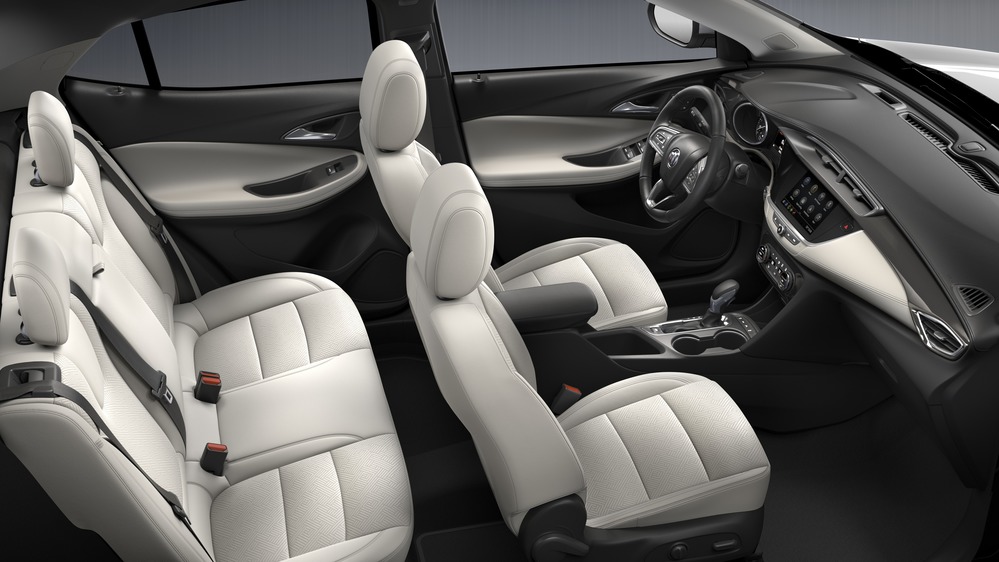 The vehicle’s all-black interior was one of its few drawbacks. But buyers can get a splash of color if they opt for one of the more adventurous two-tone interior packages.

Upfront seating is comfortable and supportive, and the driver’s bucket includes an adjustable lumbar support. The 40/60-split back row is roomier but lacks the ability to tilt or slide, making those seats less comfortable than they could be.

Stepping down to a three-port engine might worry some Buick owners who may have resisted even a 4-cyl. But it shouldn’t. Those opting for the 1.3L won’t be left wanting for power when merging onto freeways or accelerating to pass slower vehicles.

The 3-cyl. is mated with a CVT in FWD models. Often that’s a cringe-worthy combination, but not here. The Encore GX’s transmission shifts smoothly, gearing down quickly when needed without the rubber-band effect that can plague CVT performance.

The bigger engine is standard with all-wheel drive, where it is combined with a conventional 9-speed automatic transmission and equals the 28 mpg (8.4 L/100 km) combined fuel efficiency of the base 1.2L.

Ride and handling are about on par for vehicles in its size and price class, but Encore GX’s cabin is above-average quiet.

The new model makes up for any minor deficiencies by bundling in the content. Our $33,465 test vehicle was equipped with an optional $1,790 Advanced Technology Package that includes surround-vision camera; head-up display, adaptive cruise control camera, the Buick infotainment system and navigation.

Particularly interesting is the ACC, which is a cost-saving camera-only system that doesn’t use radar. It can take the vehicle to full stop and relaunch in traffic, and it performed flawlessly in a short stint on the freeway.

The GX gets the full GM infotainment treatment that includes superfast pairing and apps such as GM’s Marketplace that lets you order food and pay for gas at the pump.

The Small and Compact SUV segments are competitive, but the Encore GX presents a pretty compelling package. Its Goldilocks positioning between those two groups in size may make it an interesting option for some. And its emphasis on tech bells and whistles means Buick buyers looking to step down in size needn’t fear missing out. 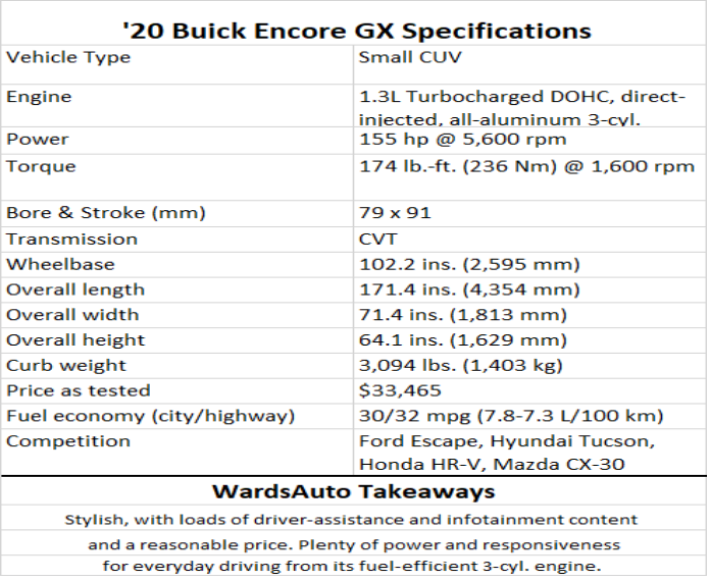