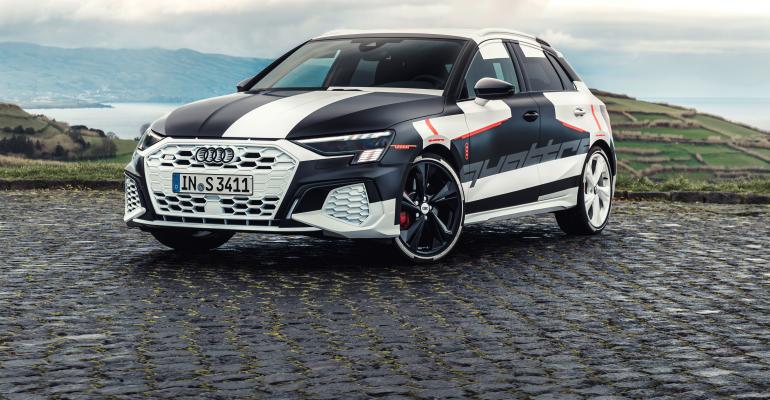 On the open road, the full extent of the changes brought to the fourth-generation A3 really resonate. The moment you up the pace, you’re aware of the gains in dynamic prowess.

PONTO DELGADA, Portugal – The imminent launch of the fourth-generation Audi A3 is an important event for the German car maker.

Despite all the SUVs added to the Audi lineup in recent years, it is the humble A3 that continues to underpin sales in many key markets. Since its introduction in 1996, it has tallied nearly 5 million sales globally, making the BMW 1-Series and Mercedes-Benz A-Class rival one of Audi’s most successful models to date.

The first of the new A3 models in production guise will be seen at next month’s Geneva auto show. Before its debut, though, Audi deploys a fleet of camouflaged, pre-production prototypes to provide an idea of the various changes it has brought to the latest model.

So what do we know?

First up, Audi has dropped the 3-door hatchback that served as the entry-level model in previous generations – and with it exits the A3 cabriolet. The 5-door A3 Sportback, which forms the basis of the initial range-topping S3 driven here, continues, as does the 4-door A3 sedan.

Prospective North American customers should expect a similar roster of turbocharged 4-cyl. gasoline engines together with a gasoline-electric plug-in hybrid powerplant – the latter of which is claimed to produce up to 241 hp and, with a 13-kWh lithium-ion battery, provide electric-only range of up to 37 miles (60 km) on the WLTP test cycle.

Selected A3 units will run a 48V starter motor that brings mild-hybrid properties for improved fuel economy and lower emissions.

All the prototypes we drove featured a 7-speed S-Tronic dual-clutch gearbox with steering wheel-mounted shift paddles. However, Audi assures us the new S3 will continue to be offered with a standard 6-speed manual transmission.

The new A3 retains the same structural base as before. The starting point is the familiar MQB platform – the same hot-pressed steel and aluminum structure used by a host of Volkswagen Group models, including the latest incarnation of the VW Golf. It dictates a transverse engine mounting and either front- or quattro all-wheel drive.

Audi isn’t giving away much on the technical front yet. However, it says the wheelbase and track widths of the new A3 remain much the same as the previous model. The suspension also is carried over, albeit with changes to the adaptive damping control, which will remain an option on various models, including the S3.

Further changes are concentrated at the steering, electronic stability control system and multiplate clutch all-wheel-drive system – the latter of which now provides fully variable operation, meaning up to 100% of the engine’s reserves can be delivered to the road through either the front or rear wheels depending on driving conditions.

The new A3 also adopts a so-called central chassis management system as part of an overall upgrade to its electronic architecture. 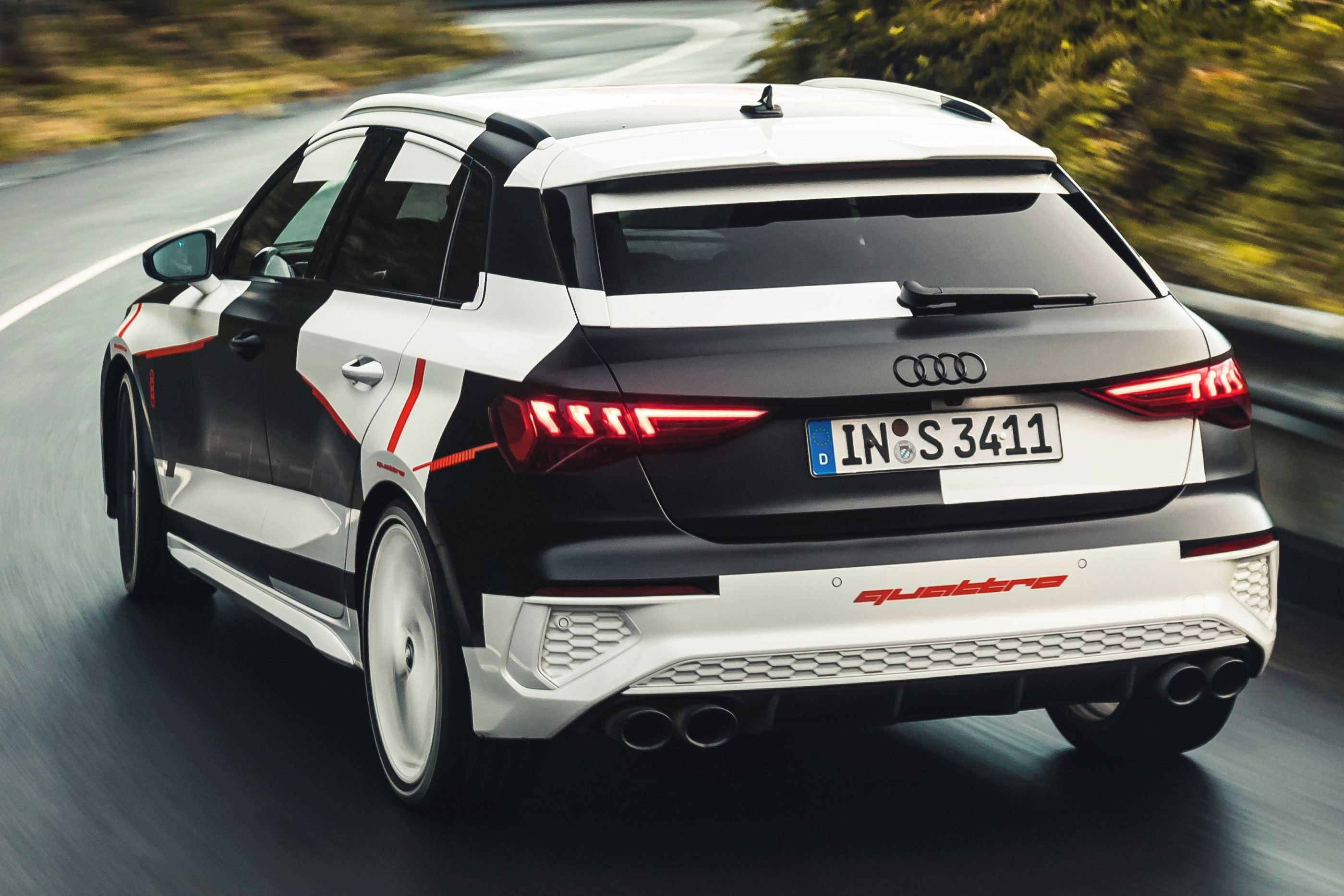 Inside, the A3 takes on a highly technical look with a redesigned dashboard and center console featuring more upmarket materials and trim elements than those used before. The traditional gear lever is replaced by a stubby drive-by-wire shifter in models fitted with the optional DCT.

Accommodations are much the same as before. With external dimensions close to the outgoing model, the new A3 Sportback is roughly on par with its key premium-brand hatchback rivals in terms of front and rear seat space as well as cargo space.

Audi’s performance hatchback receives subtle changes that make it a more accomplished car with a broader set of characteristics than its predecessor.

The appeal starts with the superb driving position and excellent weighting of the controls.

The S3’s 4-cyl. is a well-known quantity, though the addition of a particulate filter seemingly robs it of some of its inherent smoothness at lower revs. But from about 2,500 rpm onward it is at its athletic best with a strong sense of torque-infused shove and, thanks to the inherent qualities of Audi’s valve lift system, suitably urgent top-end properties.

It also comes with a reconfigured sound generator that gives it a distinctive growl akin to Audi’s more powerful 5-cyl. powerplant in dynamic mode.

The suspension and reworked adaptive damping provide impressive compliance and better ride quality than its predecessor, even on the optional 19-in. wheels and 235/35 R19 tires worn by the prototype.

On the open road, though, the full extent of the changes brought to this fourth-generation model really resonate. The moment you up the pace, you’re aware of the gains in dynamic prowess. Hustle the new S3 through a series of corners and you’re confronted by a heightened sense of steering feel. The effort required remains high in dynamic mode, but there’s greater response and more feedback at any point.

Audi’s engineers also have targeted improved body control and increased grip among changes to the S3. There’s greater poise to the body, reduced roll angles and an altogether more fluid feel to the handling. It feels more agile than any previous S3.

The ability of the sixth-generation quattro AWD to deliver 100% of its drive to the rear wheels also makes the new S3 truly impressive coming out of corners, even in treacherous weather conditions.

The new S3 strikes a fine balance between cosseting comfort and engaging agility. Its crowning achievement is its precision.

While previous incarnations of Ingolstadt’s performance hatch sometimes felt oddly detached on certain roads, this new one delivers greater accuracy in all driving situations. If these qualities find their way into lesser A3 models, Audi should have another winner on its hands.