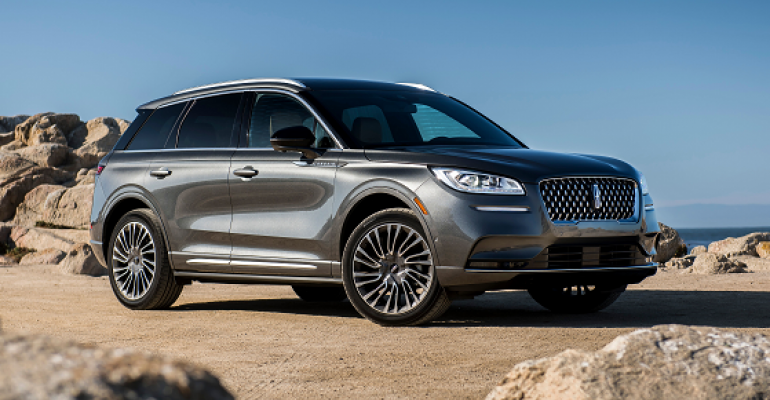 New compact CUV comes with a cabin that keeps the noise down.

SAN FRANCISCO – If you want to spend quiet time in a sanctuary, you could go to a house of worship – or hop into the all-new ’20 Lincoln Corsair compact CUV.

Lincoln executives and engineers repeatedly use the word “sanctuary” during a media event here to describe the Corsair’s restful interior.

They use the descriptor so much, it starts to irk some gearhead journalists who are more interested in horsepower metrics and the working intricacies of a new suspension system.

(More about those in a minute, but, incidentally, engineers designed the Lincoln-first rear integral bush suspension to keep things calm in the cabin.) 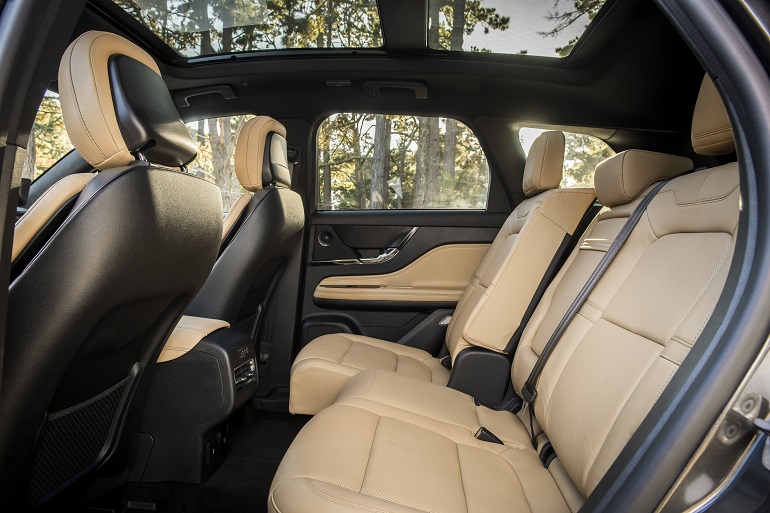 “The cabin is a quiet sanctuary,” says John Jraiche, the vehicle’s chief engineer, driving home the point yet again. It almost makes you peer around the interior, looking for the altar and apse.

Repetitive messaging aside, the fact is the Corsair cabin’s peaceful air is noteworthy. Lincoln spent a lot of time on it, and it pays off.

Sure, if you crank up the volume on the specially tuned 14-speaker Revel premium audio system, you’ll hear plenty.

Otherwise, if you want that sanctuary feel on wheels, the Corsair offers that, starting at a base tithe of $36,940. The loaded top-end model runs $56,115.

The bigger engine has less power than performance-oriented German CUVs but more than some Corsair competitors, including the Acura RDX and Lexus NX.

Lincoln sought to sufficiently power its small CUV without turning it into a screaming eagle.

Product developers took pains to block engine noise from entering the cabin. “Some competitors want you to hear the engine,” Jraiche says. “We want you to feel it. We need to be competent in power and torque but deliver it differently.”

Technology for technology sake is misguided, he says. “We did technology that is meaningful.”

Much of the latter went into keeping the cabin whisper-quiet without going so far as to turn it into a sensory-deprivation tank.

Who is the target audience for the Corsair, serenity-seeking lamas and monks?

No. It’s “cultural progressives who want space as sanctuary,” Jraiche says. Included in that group are young-side professionals with the wherewithal to pop for a vehicle from Ford’s luxury division.

The Corsair replaces the outgoing MKC. The new model is the fourth and smallest in Lincoln’s utility-vehicle lineup. Its bigger siblings are the full-size Navigator, 3-row Aviator and midsize Nautilus.

American automotive consumers tend to shun compact cars, but they’ve warmed up to small CUVs. The Corsair, which goes on sale this fall, will play in one of the fastest-growing vehicle segments in the U.S. Automakers sold 137,442 compact luxury CUVs in 2018, up 21.7% from the year before, according to Wards Intelligence.

The Corsair shares the same modular platform elements as the Ford Escape, but the vehicles are distinctly different. The Corsair comes with more accruements and technology, such as the rear integral bush suspension that absorbs impacts that otherwise would work their way into the cabin.

Helping confine engine noise is a dual-wall dashboard to provide an added barrier between the engine and occupants. It’s made of a sheet-molded composite material with an air gap in between.

Another technology that Lincoln calls Active Noise Control uses strategically placed microphones throughout the interior to listen for specific frequencies that contribute to unnecessary noise, then cancels them out with opposing sound waves emanating from the audio-system speakers.

That advanced audio technology is something to shout from the rooftops.

Lincoln once ranked No.2 in the U.S. luxury market. Now it’s No.5 with 103,587 vehicle deliveries last year, according to Wards Intelligence. In contrast, Mercedes-Benz sold more than three times that, or about 350,000 units.

Ford seems committed to return Lincoln to its glory days, and much of the game plan centers on offering outstanding interiors. “We want to ‘own’ the interior,” Jraiche says over lunch.

A clever Corsair interior innovation are rear seats that slide forward and backward by pulling on a bar underneath. It provides more knee room for rear passengers, all but eliminating the need for front occupants to say, “You got enough room back there? I can pull my seat forward.”

As flexible as the rear seats are, the primo place to sit is up front. That seating offers 24-way adjustability, massages and heightened lumbar support.

The Corsair cargo space is plentiful for a small vehicle. A media-event demonstration shows it handily holding four oversized suitcases. In such cases, the sliding rear seats must move forward, but not fold down.

Exterior design elements include contoured, deep lines on the sides and a fast-falling roofline. It’s a far cry from the two-box design of early CUVs. The Corsair takes certain design cues from the Navigator and Aviator, but with a bit more flair.

In motion, the vehicle uses its agile bantam size to its advantage. It dynamically dives into curves on twisty roads north of here, instilling driver confidence.

The larger of the two turbocharged engines makes a difference. Power isn’t wanting in the 2.0L, but it is noticeably abundant in the 2.3L. There’s a $1,140 price premium for the latter. It’s worth it.

Front-wheel drive is standard. Add $2,200 for all-wheel drive. The system automatically switches between FWD and AWD depending on road, speed and temperature conditions.

A feature that may appeal to those cultural progressive types is called Phone As A Key. Owners can use a phone app to lock and unlock Corsair doors, open the liftgate (a hands-free kick swipe does that too), start the engine, adjust the front seat and select entertainment settings.

Traditionalists can use conventional key fobs. But doing all those things on your phone went over well with young people in focus groups.

The Corsair is built in Louisville, KY, and in China, where Lincoln sees a bright future selling vehicles. 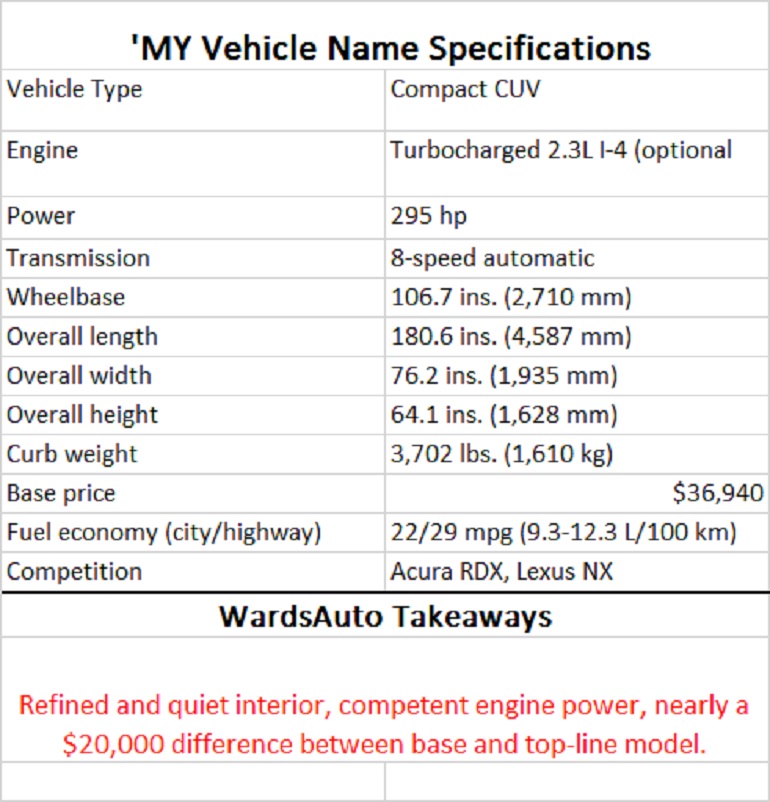