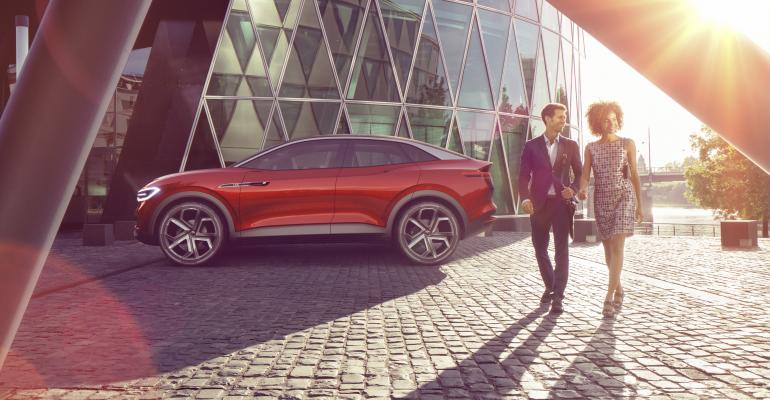 Production of the automaker’s first highly touted MEB vehicle won’t begin until 2020, rather than 2019 as originally planned.

Volkswagen says it’s first new-generation battery-electric vehicle based on the upcoming MEB platform, the I.D. hatchback, won’t reach the market until 2020, rather than next year as originally planned.

That rollback could mean the U.S. won’t get its first MEB-drive BEV, the I.D. Crozz CUV, until later than expected as well.

In revealing some additional details of the upcoming I.D. hatchback today, VW notes production won’t begin until 2020 at its Zwickau, Germany, assembly plant, but says it still intends to sell 100,000 of the I.D.-based vehicles globally in 2020. VW says it is investing more than €1 billion ($1.2 billion) in the Zwickau facility for MEB output and did not indicate the reasons for the delay.

The I.D. Crozz still is earmarked for production launch in 2020, VW officials say, but it is unclear when the U.S. market will begin to receive its initial allocations. The delay in rolling out the I.D. hatchback could push back the MEB’s U.S. debut into 2021.

The MEB is part of a huge electrification push for Volkswagen Group, which is planning to market 80 full BEVs globally by 2025. The automaker is targeting sales of MEB-based vehicles alone at 1 million units annually by 2025.

It also is putting big money behind ultra-fast charging networks in Europe through its IONITY joint venture with Daimler, BMW and Ford, and in the U.S. through its Electrify America arm. EA will spend $2 billion by 2028 to install thousands of chargers along highways and in major metro areas as part of VW’s diesel-emissions settlement with the U.S. government.

VW says the I.D. hatchback will have the ability to fast-charge at a rate of up to 125 kW, more than twice the speed of most BEVs on the market today.