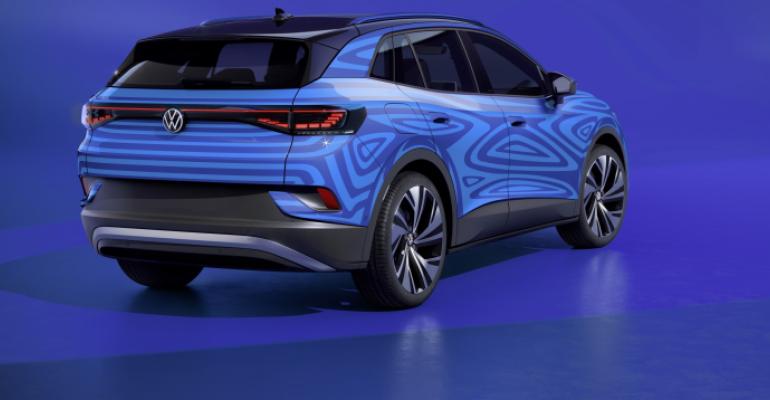 The ID. 4 is Volkswagen's second EV to receive rear-wheel drive, with an all-wheel-drive option planned within the first 12 months of sales.

Volkswagen reveals its upcoming ID. 4 battery-electric CUV in a webcast following the cancellation of the 2020 Geneva auto show, confirming it will boast a range of up to 311 miles (500 km).

The CUV will be an important part of Volkswagen’s all-electric ID. lineup when deliveries of the new model begin in Europe, China and the U.S. in 2021. Initial models sold in the U.S. will come from Zwickau, Germany, but ID. 4 production will begin in Chattanooga, TN, in 2022.

The ID. 4 is the second in an extended range of electric models under development at VW. It follows the ID. 3 hatchback due in European showrooms by midyear.

As with the ID. 3, the ID. 4 is based on VW’s dedicated MEB electric-car platform. Along with the standard model, a more sporting model featuring a sloping rear tailgate will join the ID. lineup in 2021.

While the body panels of the ID. 4 revealed in the VW webcast are covered in a camouflage plastic wrap, its styling details clearly can be seen.

Volkswagen says the ID. 4 initially will be sold with a single electric motor and rear-wheel drive, though plans are for a more powerful twin-motor all-wheel-drive layout to be offered within the first 12 months of sales, according to Ralf Brandstätter, the German automaker’s chief operating officer.

As with the ID. 3 revealed at last year’s Frankfurt auto show, the ID. 4 will be offered with a range of battery options, the largest of which, a rumored 83-kWh unit, is said to provide a range of up to 311 miles on the WLTP test cycle.

Similar in size to the second-generation standard-wheelbase Volkswagen Tiguan, the ID. 4 (pictured below) also will offer a fast-charging option allowing its battery to be charged to an 80% state of charge within 30 minutes on a 125- to 150-kW system.

The ID. 3 is not planned to be sold in North America. 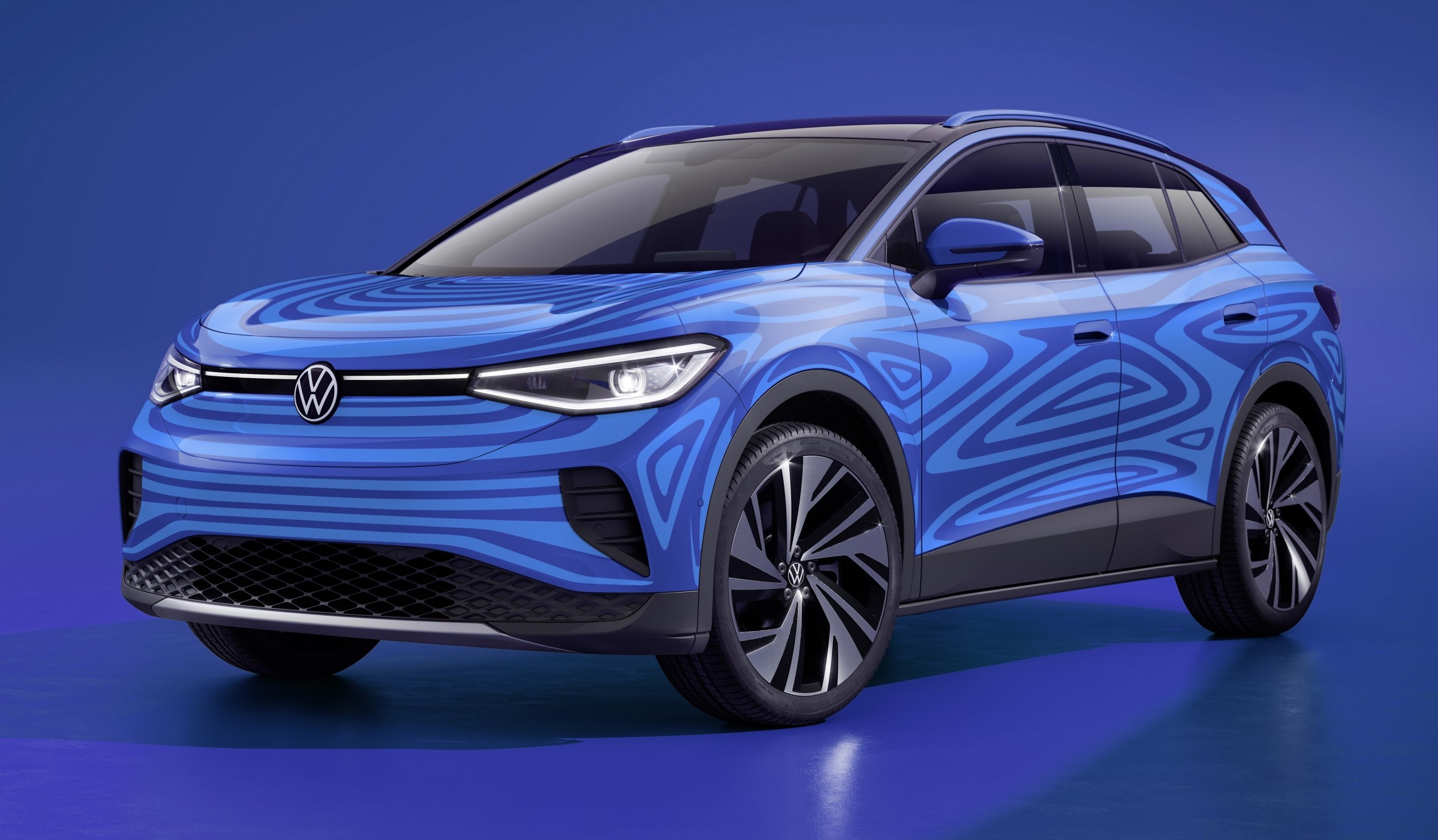