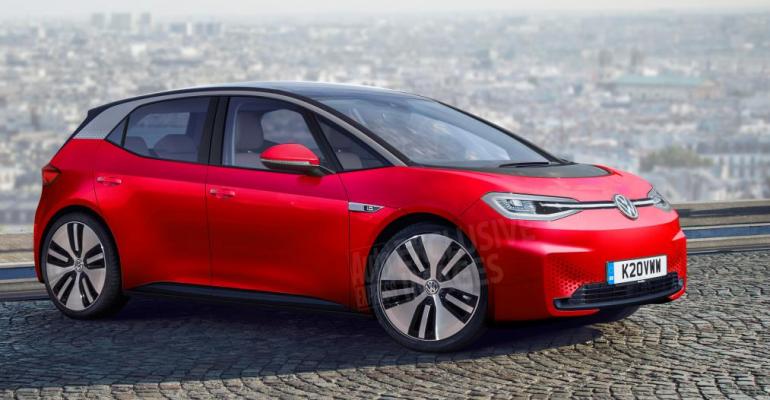 Hatchback due out this year to launch Volkswagen’s I.D. range of EVs.
Vehicles

VW strategy chief Michael Jost indicates the new price-leading I.D. model will go on sale in 2023 with a range of different battery options, the smallest of which will provide a range of “around 200 km,” or 124 miles.

Volkswagen announces it will expand its new I.D. electric-vehicle lineup to include a family of entry-level models.

A presentation listing VW’s future models, made Tuesday to media at the automaker’s  Wolfsburg, Germany, headquarters, includes a reference to an “MEB entry family” among an initial wave of electric vehicles planned to be introduced under the company’s newly formed I.D. sub-brand before the end of 2025.

The MEB entry family is listed alongside a number of I.D. models already confirmed for production by VW, including the I.D. hatchback due to be revealed later this year and the I.D. Buzz, as well as upcoming EV offerings from sister companies Audi, Porsche and Skoda.

News of the new entry-level I.D. model family comes as VW confirms it is extending its commitment to electric vehicles.

Volkswagen Group Chairman Herbert Diess says the MEB platform (below, left) will spawn “small city cars” as part of a plan that will see VW and its portfolio of brands offer up to 70 individual EVs by 2028 in an investment put at €30 billion ($33.8 billion). This is up from the 50 electric vehicles announced by the company last year.

Diess says the VW Group has targeted 22 million EV sales by the end of 2028, an increase of 7 million from previous sales calculations.

Official confirmation of the so-called MEB entry family follows earlier comments from Diess suggesting VW was seeking to introduce an I.D. model at under €20,000 ($22,500).

In an interview at last week’s 2019 Geneva auto show, VW’s head of strategy, Michael Jost, tells Wards the automaker is aiming to build the least-expensive in a range of new I.D. electric vehicles in just 10 hours and confirmed it would be built in Germany.

“Electric cars can be built faster than (internal-combustion-engine) ICE models, at much less man-hours. But you have greater material costs. That means labor costs are not such a critical component in the overall production cost as they are today,” he says.

Jost indicates the new price-leading I.D. model will go on sale in 2023 with a range of different battery options, the smallest of which, he says, will provide a range of “around 200 km,” or 124 miles.

The reference to the MEB entry family during the media conference suggests VW sister companies SEAT and Skoda likely will offer their own distinctively styled versions of the new I.D. model. 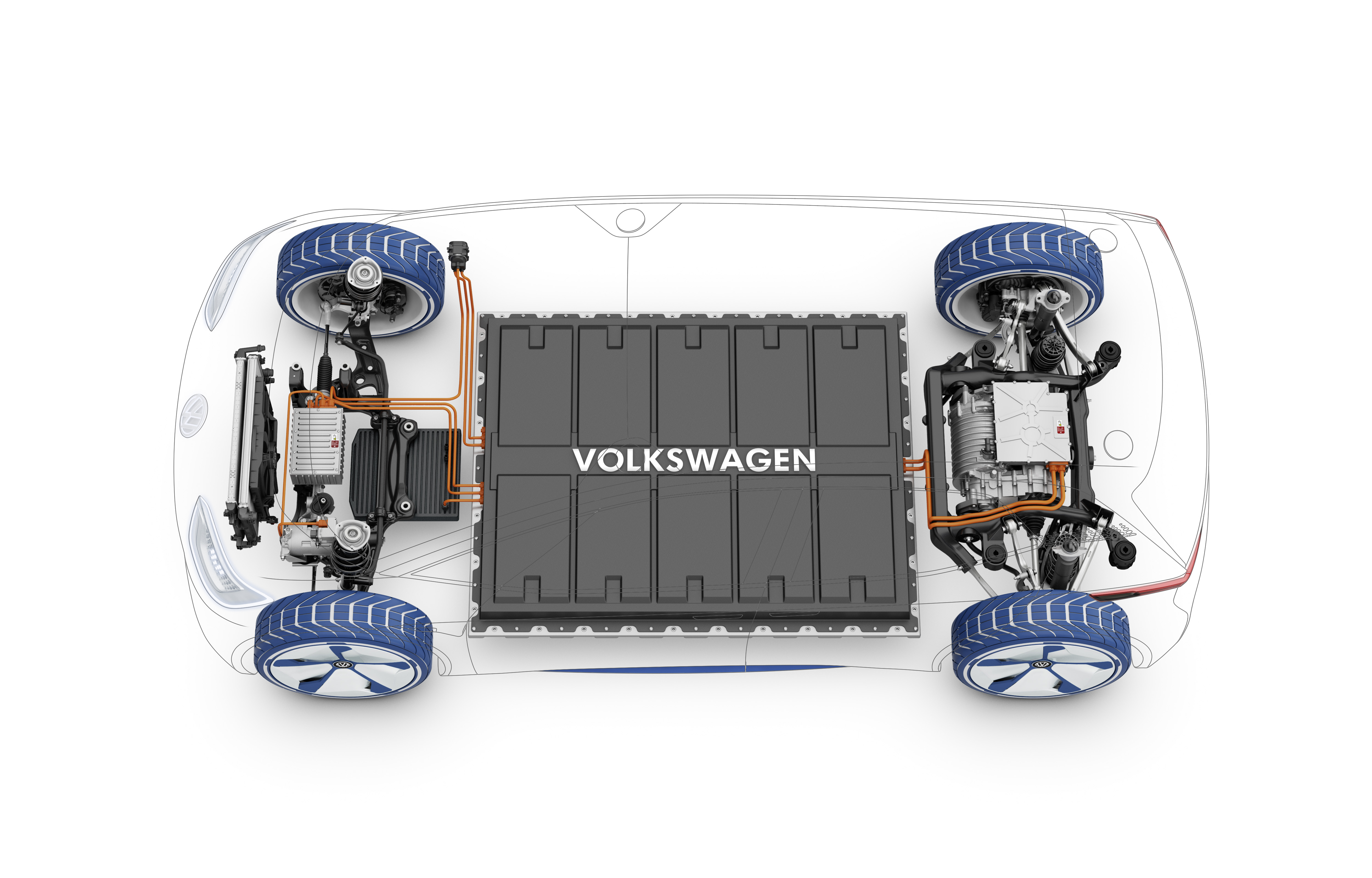 Despite plans to offer full range of EVs, Jost says VW will continue with a business model that sees it introduce new models every seven years. “We don’t see any need to change what we are doing now, but with the introduction of over-the-air upgrades the cars will remain fresher throughout their lifecycle,” he says.

Jost expects EVs to gradually overhaul ICE vehicles in global new-car sales, saying he sees 40% to 50% market penetration by 2030. He even goes as far as to suggest ICE vehicles no longer will play a role in key markets such as Europe, China and the U.S. from 2040 onwards.

“Electric is not a bridge technology, it’s a target technology,” he says, adding, “The goal must be a CO2-neutral society.”