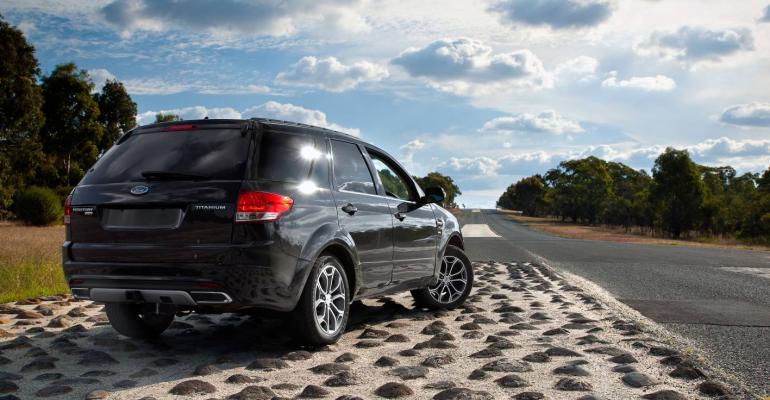 Most recently the proving ground was used to help development testing of the Ford Everest, and it played a key role in development of the Ranger pickup and the Ford Figo sold in India.

Ford Australia celebrates the 50th anniversary of the opening of its You Yangs Proving Ground and says while it is ending manufacturing in the country in 2017, the test center will continue to go from strength to strength.

The 2,298-acre (930-ha) proving ground near Geelong, 32 miles (50 km) southwest of Melbourne, is used in testing vehicles for Australia and other Ford markets in the Asia-Pacific region, as well as globally.

“It’s important to celebrate this milestone and highlight the continuing role the You Yangs Proving Ground will play, not only in its immediate community but also Ford Australia going forward,” Ford Australia President and CEO Graeme Whickman says in a statement.

The facility employs about 300 engineers, technicians and support staff.

Its operations include the Advanced Centre for Automotive Research and Testing, a vehicle semi-anechoic chamber, vehicle dynamics area, a kinematics and compliance rig and a high speed center. There are more than 50 miles (80 km) of test surfaces covering a range of roads, corners, braking test areas and inclines designed to test both vehicles and components.

It also is the base for key vehicle attribute teams within Ford’s Product Development group.

Most recently the proving ground was used to help development testing of the Ford Everest, and it played a key role in development of the Ranger pickup and the Ford Figo sold in India.

“We’re very proud of the fact that the Ford team in Australia has been recognized as one of the ‘go-to guys’ for vehicle development,” Whickman says.

To make its point, Ford chose the proving ground to celebrate the arrival of the ’15 Ford Mustang. It was displayed alongside an original ’67 Ford Falcon XR GT, the first Australian-developed GT performance sedan engineered and tested at the proving ground.

“The advertising catchphrase promoting the 1967 Ford Falcon XR GT was ‘the Mustang-bred Falcon,’ so it’s appropriate to have the 1967 car as part of our celebrations,” Whickman says.