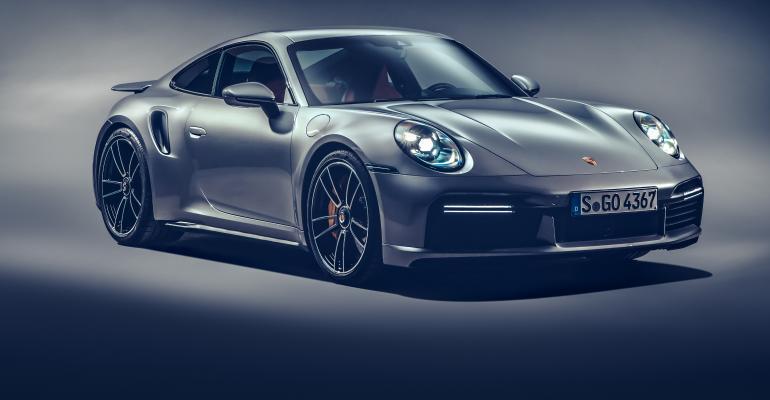 Porsche says the traditional range-topping 911 model has been comprehensively re-engineered to provide it with more power than at any time in its illustrious 45-year history.

The Porsche 911 Turbo is back with a vengeance.

Absent from the Porsche lineup since the introduction of the latest 992 series model in 2019, the traditional range-topping 911 model has been comprehensively reengineered to provide it with more power than at any time in its illustrious 45-year history.

Unveiled in a webcast following the cancellation of the Geneva auto show, the restyled ’20 model retains a turbocharged 3.8L gasoline boxer engine.

However, the rear-mounted 6-cyl. is described as “completely new” and, according to Porsche, boasts the largest step in performance ever made by the 911 Turbo.

Changes from the outgoing powerplant used by the 991 model introduced in 2016 include a new cooling and intake system to increase the flow rate of cooling air entering the engine. The variable-vane turbochargers introduced on the previous 911 Turbo have been revised with larger turbine and compressor wheels.

Porsche says the increase in performance brought by the new engine is particularly noticeable in the sprint to 120 mph (193 km/h), which it claims is a full 1.0 sec. faster than before at just 8.9 sec. 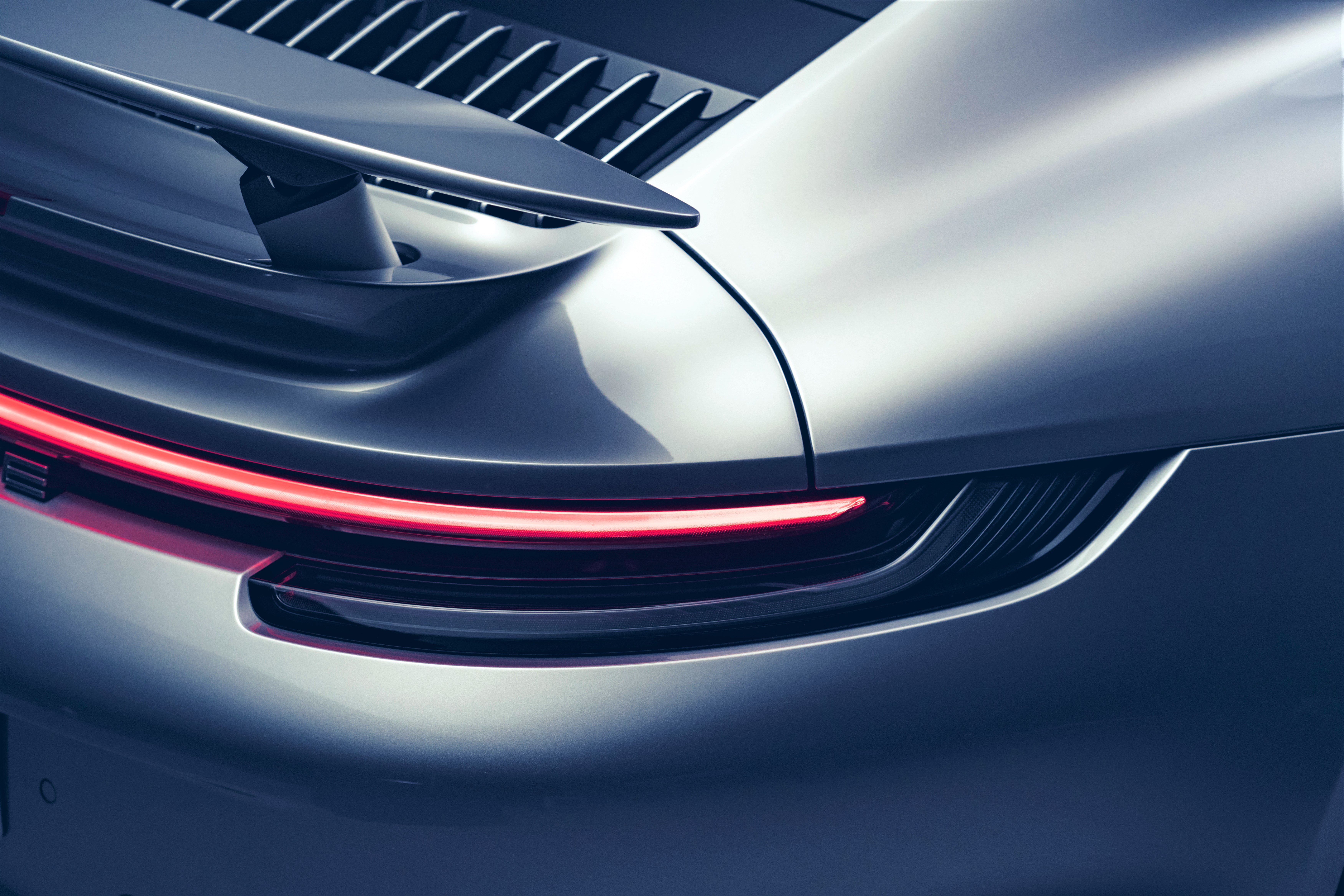 The added performance has led to the development of a new generation of Porsche ceramic composite brakes. Fitted as standard to the 911 Turbo S, they now use 10 piston calipers at the front for even greater stopping power.

Aerodynamic innovations include a pneumatically extendable front spoiler and larger surface area for the rear wing (above, left) – a combination Porsche says results in up to 15% more downforce than the previous 911 Turbo.

Inside are the same interior upgrades brought to other 992-series 911 models with a GT-style multifunction steering wheel, 10.9-in. (28-cm) Porsche Communication Management display, Sport Chrono package with Porsche Track Precision app, 18-way adjustable seats and a Bose sound system among the standard equipment.

Porsche has yet to announce North American pricing for the new 911 Turbo.