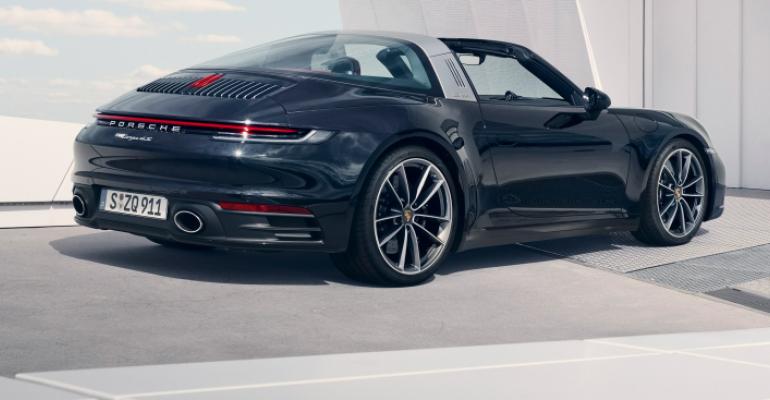 Porsche
New Porsche 911 Targa 4S suited for on and off track.
Vehicles

The Targa 4 will start at $119,300 and the Targa 4S at $135,200 when the vehicles become available in the U.S. late this year. This is Porsche’s first world premiere for a new model exclusively in a digital format.

Porsche is bringing back the almost-a-full-convertible 911 Targa.

Two new models, the Targa 4 and Targa 4S, are based on the 922-generation 911 that already has spawned the expected Carrera coupes, cabrios and Turbo versions, so the addition of a model with a mechanized combination roof comes as no surprise.

As fits the times, Porsche has revealed the new cars using digital technology (YouTube) and a new edition of 9:11 Magazine, the company’s video magazine. This is the first time Porsche has held a world premiere for a new model exclusively in a digital format.

The Targa’s new bits are above the beltline, where the B-pillars have been replaced by the Targa bar and the two-part roof that is able to open or close in 19 seconds with the push of a button in the cabin.

Both an 8-speed dual-clutch transmission (standard) and a seven-speed manual (optional on the 4S) will be available in the all-wheel-drive cars.

In the video debuting the new Targa, 911 product line director Frank-Steffen Walliser discusses why the Targa is his personal favorite, especially the latest iteration with its improved suspension, responsiveness and steering compared to previous models.

The improvements are due in part to the participation of Porsche brand ambassador and race driver Jörg Bergmeister, who helped with development and signed off on drives.

“The beauty of a production car is that, unlike in motorsport, where you are always limited by the regulations, you've actually got a lot more freedom,” Bergmeister says. “It's a great challenge that I am looking forward to because you can really get stuck into all the details that make a car better.” 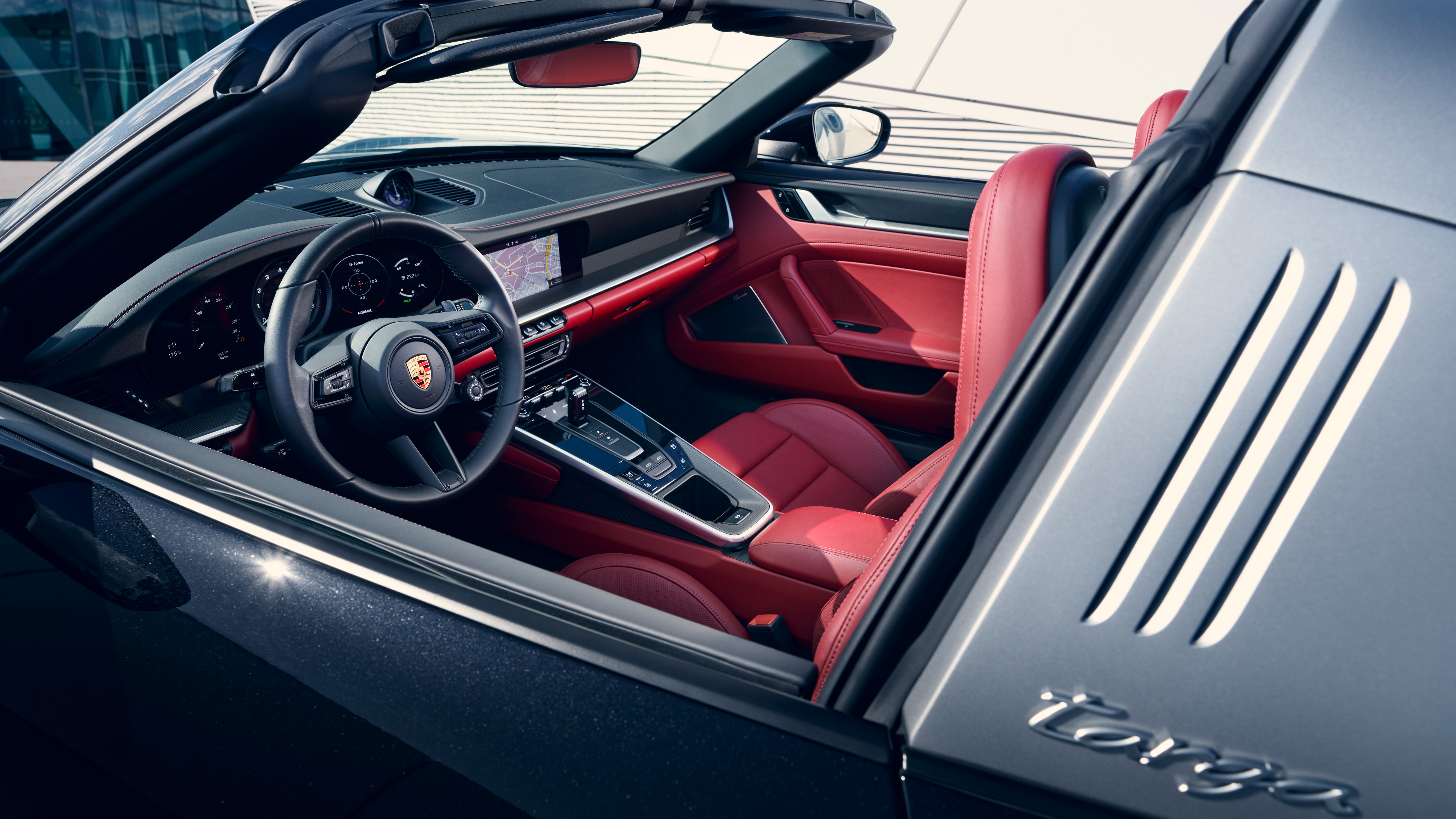 The new Targa 911s are suited for off the track as well, Walliser says, thanks to driver- assistance systems such as adaptive cruise control included as part of Porsche’s InnoDrive system.

InnoDrive “is able to predict what's up to 3 km (1.9 miles) ahead of you when you're driving,” he says. “With this you can drive in a very energy-efficient way. Personally, I actually find it very relaxing.”

The new 911s increasingly blur the line “between your personal device and the vehicle” by using real-time traffic information and certain streaming services. “It is things like this that are helping make this transition a reality,” Walliser says.

"We all know that a 911 is already a car suitable for everyday use, but I think this is very important. That is why we undertook a major step forward in terms of digital in-vehicle services.”

Before that, Porsche will continue its digital Targa campaign with new episodes of the 9:11 Magazine each of the next two weeks.

On May 26, Porsche will tie in historical corporate elements with the new models and will reveal more details about the special editions on June 2. 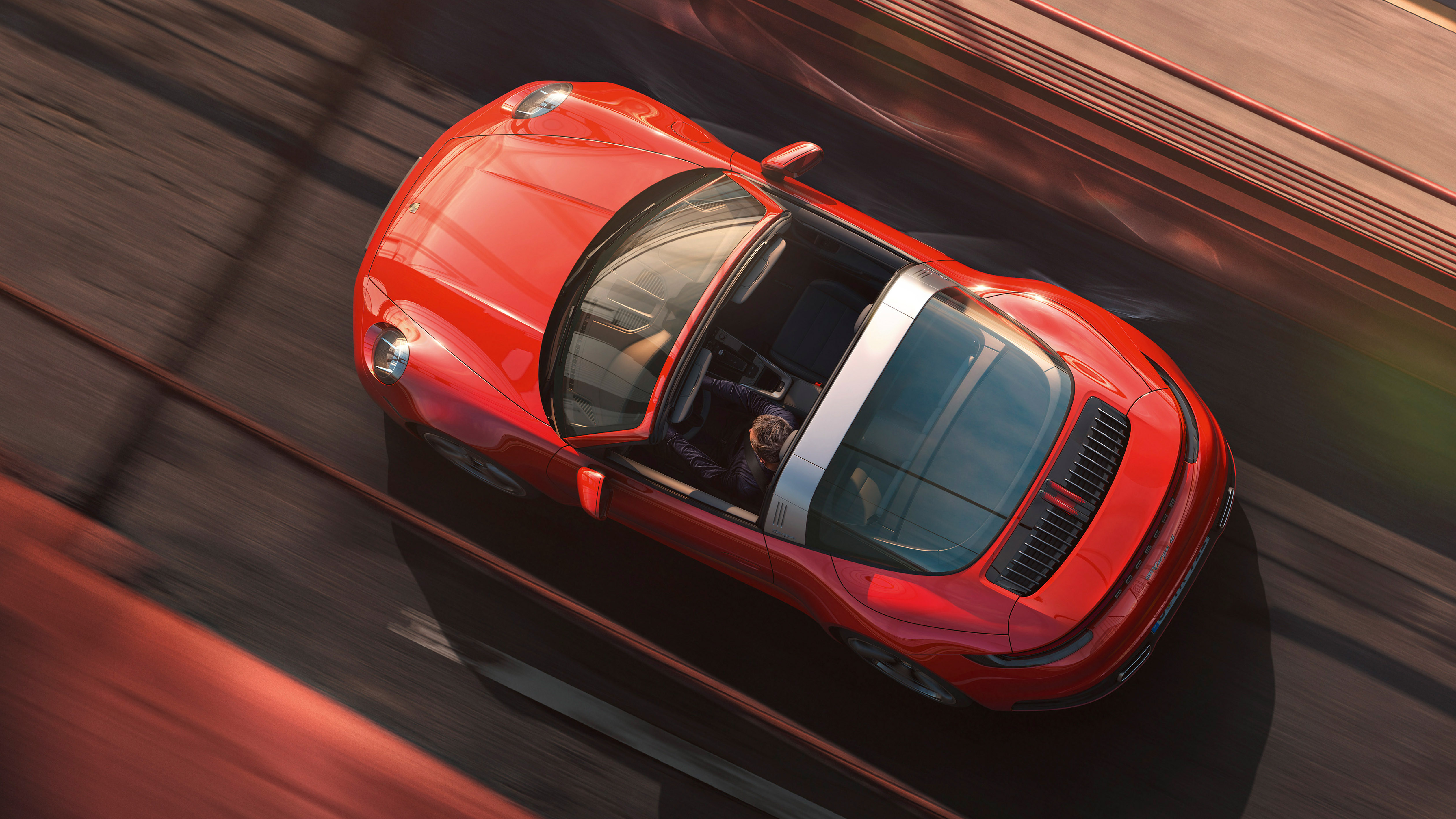