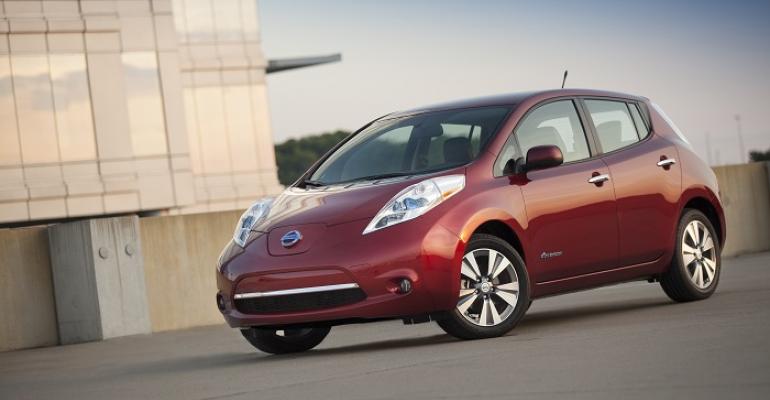 Renegotiating the quota for federal EV credits and making the Leaf more attractive are areas Nissan is exploring.

DETROIT – Nissan has been the most successful retailer of electric vehicles in the U.S., with its Leaf model racking up 77,322 total deliveries since the car went on sale in late 2010, WardsAuto data shows.

But that success has come at a price. U.S. federal rebates of up to $7,500, which have spurred a small but devoted slice of Americans to buy an EV, likely are to go away first for Nissan.

That’s because the rebates disappear when a manufacturer hits 200,000 cumulative EV sales.

Although Nissan still has time before it reaches that milestone, the automaker nevertheless is thinking about selling an EV in a post-incentives world.

“One thing (we’re looking at) is to see…is there room for negotiations?” Pierre Loing, vice president-product planning for Nissan North America, tells WardsAuto here in an interview.

Loing says the quota makes no sense as it harms successful EV sellers.

Absent getting the quota changed, the Nissan planner says making the Leaf even more attractive to buyers is key.

“The reduction on the cost of the battery is so important,” he says of the part of an EV that adds the most to the vehicle’s relatively high price.

He says Nissan engineers have the ability to give the Leaf more range, but the cost of lithium-ion batteries, the preferred storage medium for most EVs, is not improving as quickly as Nissan hoped for.