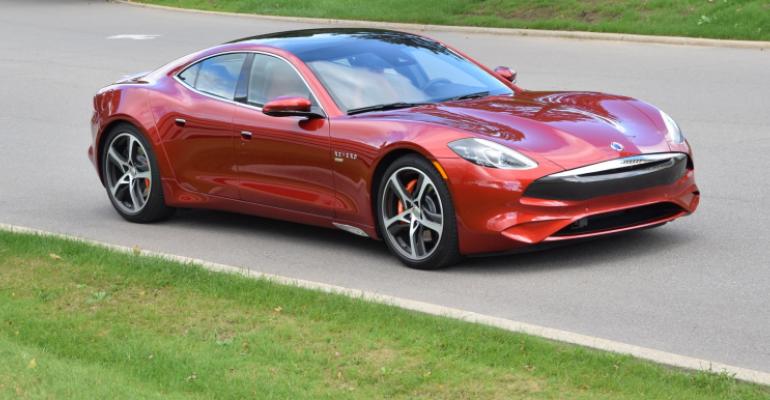 Even as startups go, Karma Automotive is a unique duck.

The brainchild of respected industry designer Henrik Fisker, the electric-vehicle maker formerly known as Fisker Automotive was born out of a combination of venture capital and U.S. federal loans near the height of the Great Recession but tossed into bankruptcy when its sole battery supplier went belly-up just a year after deliveries began of its Karma plug-in hybrid.

Karma’s assets bounced around briefly before being scooped up by the Chinese multinational parts supplier Wanxiang Group in 2014. Wanxiang re-branded the company by dropping the “f-word,” as current chief technology officer Bob Kruse jokes, and smartly retaining the easy-feeling Karma name.

Wanxiang upgraded the car’s original execution, which boasted a jaw-dropping design but was a hot mess from an engineering perspective and relaunched the $130,000 Karma Revero extended-range EV in 2016.

Kruse, a longtime General Motors executive engineer, was brought on board in that timeframe principally to begin work on the 2020 Revero GT launching now with sweeping upgrades from the original car.

Karma’s long, winding road is enough to make Kruse exhale deeply after talking through the company’s pivot into a craft luxury-car maker based in Moreno Valley, CA, with 200 employees and a $100 million production facility spanning 500,000 sq.-ft. (46,452 sq.-m).

Karma no longer is a one-trick pony either, Kruse adds. He characterizes it as a luxury and technology company utilizing a four-plus-one business strategy: Karma Auto designs and engineers the Revero and future models, while Karma Technology feeds the car-making unit. The Karma Innovation and Customization Center is the company’s 10,000-unit-annual-capacity manufacturing facility, and Karma Capital invests in promising technology to bring in-house. The auto, technology and manufacturing operations also will perform contract work for others, as well as market its own IP to outside customers.

“We’re not like every other startup,” Kruse tells Wards in an interview. “We have an existing, operating enterprise that we’re now in the process of scaling. This gets us out of the traditional manufacturing and retail model to generate multiple sources of revenue.”

But Karma’s biggest endeavor to date arguably is launching the Revero GT, which keeps the original car’s basic forms but adds items such as new sheet metal; an updated instrument panel; a BMW-sourced 1.5L gasoline turbocharged 3-cyl. range-extender/generator to replace an ancient 2.0L turbo-4 from GM; and a larger, mid-mounted 28-kWh lithium-ion battery to lengthen its all-electric range to 80 miles (129 km). A Level 2 charger will re-juice the battery in about four hours, while a DC fast-charger will take it to 90% state of charge in 34 minutes.

“I’m a car guy,” says Kruse, who notably launched the Chevy Volt and ran GM Performance while at GM. He worked briefly at Chinese automaker Qoros in Shanghai until Karma called. “I’ve been doing this for a long time. I will tell you, the 2020 Karma Revero GT drives as well as it looks.” 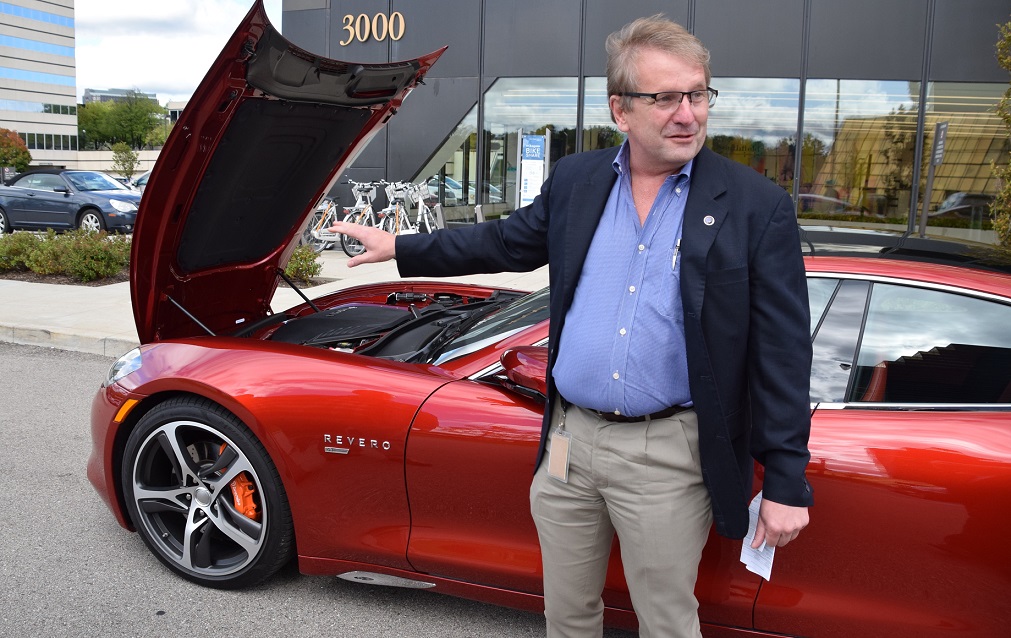 A quick test drive around suburban Detroit backs Kruse’s enthusiasm. The 4-passenger Revero GT feels substantial with a front hood that seemingly stretches for days. Steering is nicely weighted and colorful 2-tone red and black leather trim reinforces the sporty feel of the snug seats. The aforementioned launch mode rockets the Revero GT forward like a MiG fighter. Rear seats feel slightly claustrophobic, while interior and exterior fit-and-finish is imperfect in places but far better than the Fisker days.

Three brake-regeneration modes range from comfort to aggressive, with the latter permitting one-pedal driving. The car rides on either 21- or 22-in. wheels with Goodyear rubber. Torque vectoring arrives in the first quarter of next year, with Revero GTs already on the road receiving the rear brake-based-control technology via an over-the-air update.

Karma partnered with Blackberry QNX technology for the GT’s operating system, while the infotainment system was developed internally by Karma Technology. It pages quickly and redundant steering-wheel controls developed with Joyson Electronics feature the industry’s first application of 3D touch-sensitive haptic glass; push a button and it pushes back to confirm the command.

Apple CarPlay and Android Auto connectivity is on board, and sound from a 7.1-channel 570-watt Soloscape audio system can be tailored three ways to match occupant preferences. Karma has its own radio station, too, broadcasting vehicle-use tips to owners.

The Revero GT also comes with available white-glove customer care, Kruse adds, which includes experience events and customer care to the point where advisors will telephone owners if, for example, they are not plugged into their home charger properly. Owners must opt-in for that level of treatment.

As pivotal as the Revero GT will be to Karma, it is only the start, Kruse says. At next month’s Los Angles auto show, the company will unveil the Revero GTS. The GTS model goes 0-60 mph in 3.5 seconds and receives a higher-grade interior and special wheels, among other enhancements. A follow-up to the recently revealed SC1 Concept also will break cover at the show.

Karma also has in the works Project e-klipse, a new battery-electric platform expected to spawn multiple derivatives. Details on that project will come later.

“It has the potential to scale to higher volume, and depending, as we grow, we will build a second innovation and customization center,” Kruse says. “You will see some unique vehicles and obviously some highly styled vehicles.”

But the mass market is not a destination for Karma. “We’re going to continue to target the luxury niche market,” Kruse says. 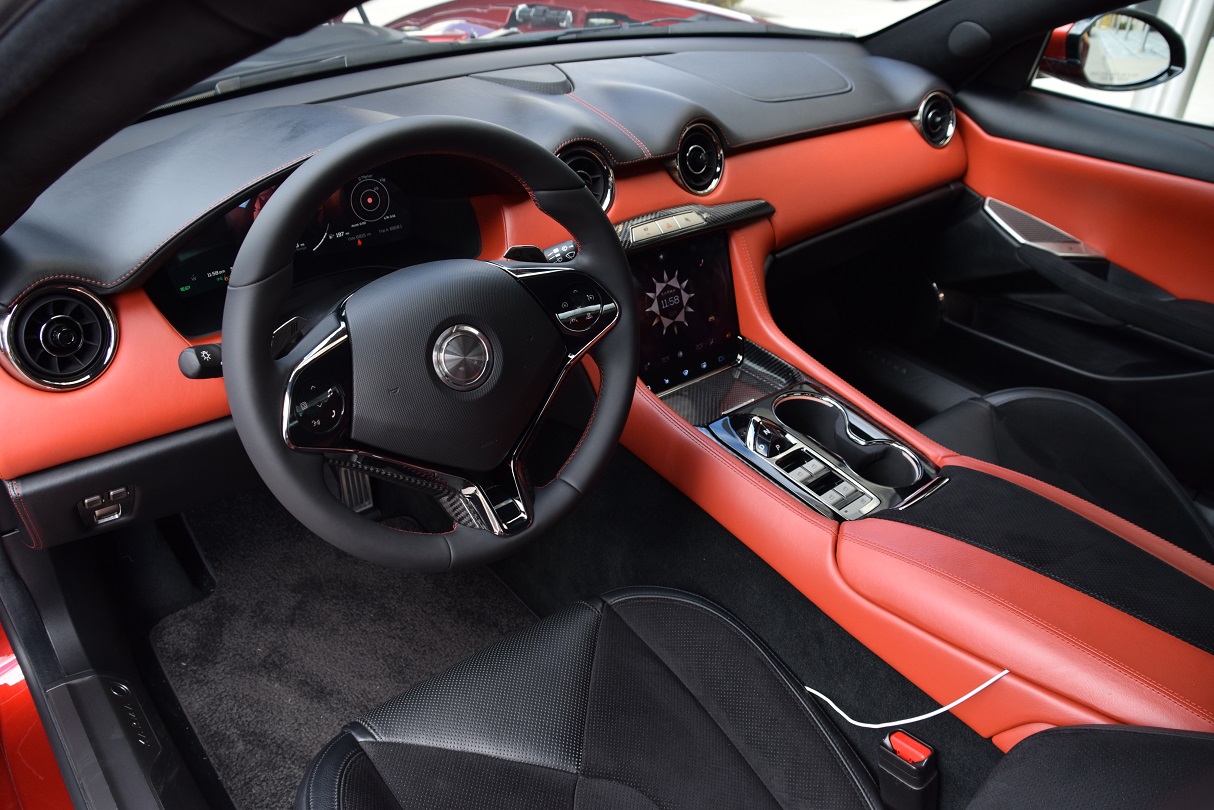