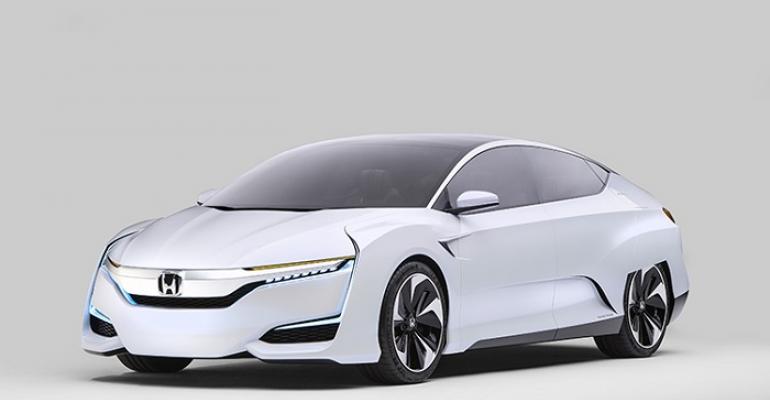 The new plug-in hybrid will be a dedicated model, Honda says, while the electric vehicle will be all-new.

DETROIT – Honda says it will launch a new battery-electric vehicle as well a plug-in hybrid model by 2018 in the U.S.

The announcement was made here today at the 2015 North American International Auto Show.

The new EV and PHEV answer the question of what Honda was going to do to fill the gap caused by the departing Fit EV and Insight hybrid, both discontinued last year.

Honda says the PHEV will be “dedicated,” an indication it will not be a plug-in version of an existing model, while the EV is dubbed “all-new.”

WardsAuto product cycle data shows the Insight making a return in the ’18 model year, although possibly with a different name. It’s possible one or both of the new models could fill the Insight void.

Honda has continually lagged rival Toyota in U.S. hybrid sales, largely due to the dominance of Toyota’s Prius, the No.1-selling hybrid in the U.S. with annual sales of more than 100,000 units.

Honda also retails hybrid versions of its Accord and Civic cars, the CR-Z hybrid coupe, and a PHEV Accord. All sell in relatively small volumes.

Honda also stages the North American debut of its FCV concept here. The car hints at a production hydrogen fuel-cell vehicle due in the U.S. in 2016.