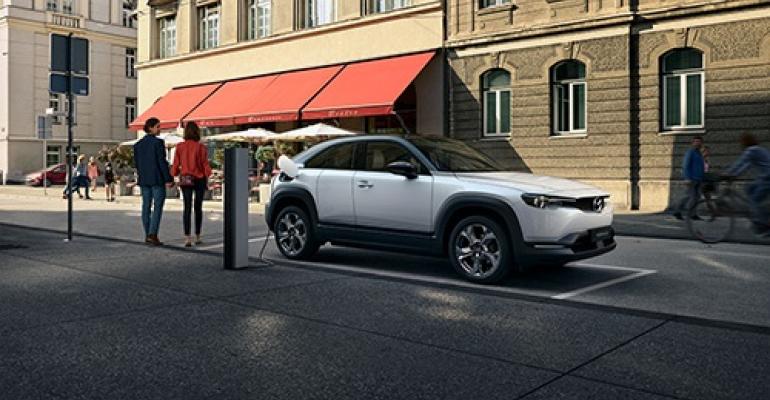 The small CUV with suicide doors, a nod to Mazda’s defunct RX-8 sports car, appears to be based on its forthcoming internal-combustion-engine CX-30 CUV debuting at next month’s Los Angeles auto show.

The automaker gives no range or output figures, but reportedly the vehicle’s power is stored in a 33.5-kWh lithium-ion battery pack placed under the floor.

The MX-30 has an e-Skyactiv propulsion system to mesh “outstanding response with smooth dynamic behavior to achieve (enjoyable) performance,” Mazda says in a release.

The small CUV with suicide doors, a nod to Mazda’s defunct RX-8 sports car, looks to be based on its forthcoming internal-combustion-engine CX-30 CUV debuting at next month’s Los Angeles auto show. 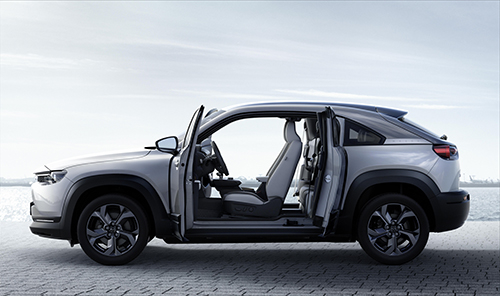 Mazda says the styling of the MX-30, going on sale next year in Europe but not yet confirmed for the U.S., furthers its Kodo design language.

“The design stays grounded in the beautifully honed, handcrafted forms of Kodo, yet aligns itself with changing values and new lifestyles,” the Japanese automaker says.

Mazda says it aimed for a sense of openness in the interior of the MX-30, and predictably fitted the space with “environmentally conscious materials” including cork and recycled fabrics. 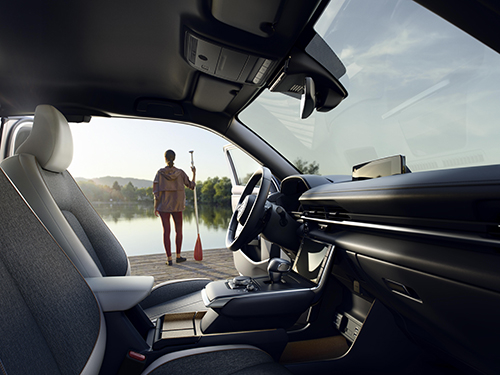 The automaker has said another electrified vehicle will be coming, a range-extended version using its legendary rotary engine.

In January 2018, Mazda North American Operations Chairman and CEO Masahiro Moto told Wards the rotary engine could make a return in a future propulsion system, noting it “could be a generator in the near term to contribute to electrification.”

Mazda confirmed this in October of last year, saying a BEV was due in 2020, but also coming at an unspecified time was a range-extended electrified vehicle with a rotary.

The automaker said a year ago the small size and high power output of the rotary “make multiple electrification technology solutions possible via a shared packaging layout,” and noted the range-extended rotary version of its EV could burn liquefied petroleum gas and be a source of electricity in emergencies.