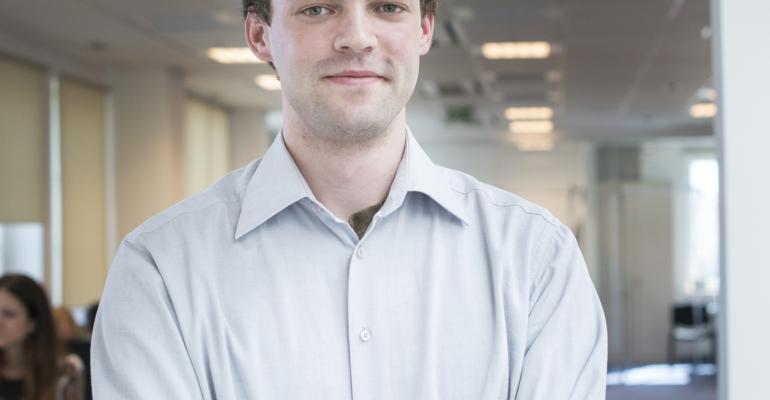 The technology race is on, with automakers so far leading the disruptors in the number of patents filed.

The first fully autonomous cars are expected to arrive by 2025-2030, although car manufacturers see driverless technologies as essential to their future and already are investing in new systems.

Despite the enthusiasm, autonomous vehicles could erode private demand for new cars, in turn forcing automakers to look for alternative revenue streams, such as car-sharing services.

Investments in software and new technologies are likely to result in soaring spending on electronics in the future automotive supply chain, while the success of autonomous cars tempts tech giants such as Apple or Google to introduce their own vehicles.

Driverless-car technologies long have piqued human and manufacturer interest, with the first mechanical autopilots being sketched back in the 1930s. However, it is only now that autonomous cars are taking shape, thanks to advancements in digital mapping, GPS, processors and sensor systems.

Premium and mass-market car manufacturers now see driverless-car technologies as essential to their future. Automakers such as Mercedes-Benz and BMW already are offering advanced autopilot systems, and several plan to put autonomous vehicles on the road early in the next decade. Over the 2010-2015 period there were more than 5,700 driverless technology patents registered.

The future of driverless cars largely will depend on legislation and consumer willingness to adopt new technologies, with mass commercialization likely to take at least 10 years. The first fully autonomous cars for consumers are expected to arrive by 2025, most likely debuting in the premium passenger vehicle and heavy-truck segments, buyers of which are less sensitive to price.

However, autonomous vehicles could send shockwaves across the car industry by eroding private demand for new cars. On average, households accounted for 35% of motor vehicles’ market value as of 2015.

This share could shrink significantly as autonomous cars would be able to provide Uber-like services and reduce the need for personal ownership. Research suggests personal cars sit unused for about 95% of the time, thus autonomous car-sharing services could be an attractive alternative for some private buyers.

For example, a worst-case scenario suggests autonomous vehicles could erode new-car sales in the U.S. by 40%, in turn forcing manufacturers such as Ford and General Motors to cut U.S. car production in half.

Nevertheless, car manufacturers could compensate for such losses via alternative revenue streams, such as car-sharing services. The first signs of that already are visible, with GM investing $500 million in ride-sharing company Lyft in 2016, with future plans including the introduction of GM's driverless cars to Lyft’s fleet. German manufacturer Mercedes-Benz also is developing its own car-sharing platform in Europe and North America under the Car2Go name.

Over the next five years autonomous cars are expected to disrupt the automotive ecosystem and change the supply chain. Intra-industry trade, which could be used as a proxy to estimate the strength of suppliers, stood at 35% of total costs on average in 2015. However, this share could decrease in favor of technology companies.

There also has been interest among car manufacturers in taking over Silicon Valley startups, with the most significant example being GM’s acquisition of Cruise Automation for an estimated $1 billion.

The emergence of driverless-car technologies also could give more power to established tech giants, such as Apple or Google. Up to now automotive companies have been leading in driverless-car technology patents, but if the autonomous-car market proves to be lucrative, tech giants could accelerate their investments and become real threats to traditional car companies and component suppliers. Tech giants could gain from their experience and expertise in developing and integrating software as well as their deep pool of software engineers.

Overall, autonomous cars are likely to result in growing expenditure on technology and electronics. Estimates suggest electronics could account for 50% of car-manufacturing costs by 2030, up from roughly 30% in 2015.

Moreover, it is likely traditional automotive companies and suppliers will continue investing in software and technology companies as well as in car-sharing platforms to withstand competition from tech giants and offset the shrinking demand from private buyers.

Justinas Liuima is a senior industry analyst at Euromonitor International.