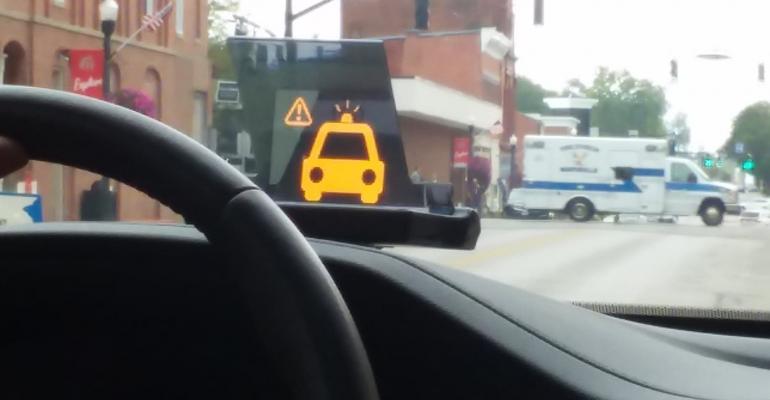 The Japanese automaker has goals of a collision-free future and it feels V2X should play a role, noting approximately 20% of traffic-related fatalities occur at “dynamic intersections.”

MARYSVILLE, OH – In the uptown section of this city and not far from its 36-year-old U.S. automobile assembly plant, Honda demonstrates what it hopes will be part of the future of automotive transportation.

In partnership with the City of Marysville and part of the 33 Smart Mobility Corridor project here in Ohio, Honda demonstrates how vehicle-to-everything (V2X) technology can increase safety for drivers and pedestrians.

The Japanese automaker has goals of a collision-free future, and it feels V2X should play a role.

Noting approximately 20% of traffic-related fatalities occur at “dynamic intersections,” and 6,000 pedestrians accounted for the 37,000-plus roadway deaths in the U.S. in the last year, Honda has placed four cameras above traffic lights at one intersection in this small urban area where it has performed months of testing. Honda vehicles with a plug-and-play head-up display above the gauge cluster receive messages via a vision-processing system using proprietary software and video feeds from the four cameras. The system creates a message constantly broadcast over the air via a dedicated short-range communication (DSRC) signal to warn drivers of moving objects, such as pedestrians, motorcycles or other vehicles they may not be able to see.

Three demos are performed for media, including one in which a Honda Pilot receives a signal from the system on the HUD, notifying the driver an ambulance is about to cross its path in the intersection. Other demos show the vehicle receiving warning messages due to a red-light runner and when a pedestrian crosses the intersection.

Bai says the project started in August 2017 and Honda began working closely with Drive Ohio in November of last year. Drive Ohio bills itself as the single point of contact for all of Ohio’s smart mobility initiatives and brings together players in that sector from the auto industry, government and academia.

Together Honda and Drive Ohio set the site and did on-site testing, she says. “By April we were very confident on the performance. (Videos displayed here) are a combination of mostly our April (testing). That’s the final rounds of testing before we think we can call it fully operational.”

Bai calls the first phase of the demo program “extremely reliable” and says the cameras, which she calls off-the-shelf, performed well in rainy and snowy conditions.

She points to a video of herself (pictured below) crossing the intersection on a dark, rainy April night. Wearing dark clothes Bai was barely visible, but a vehicle received a message she was there and thus there was no collision. 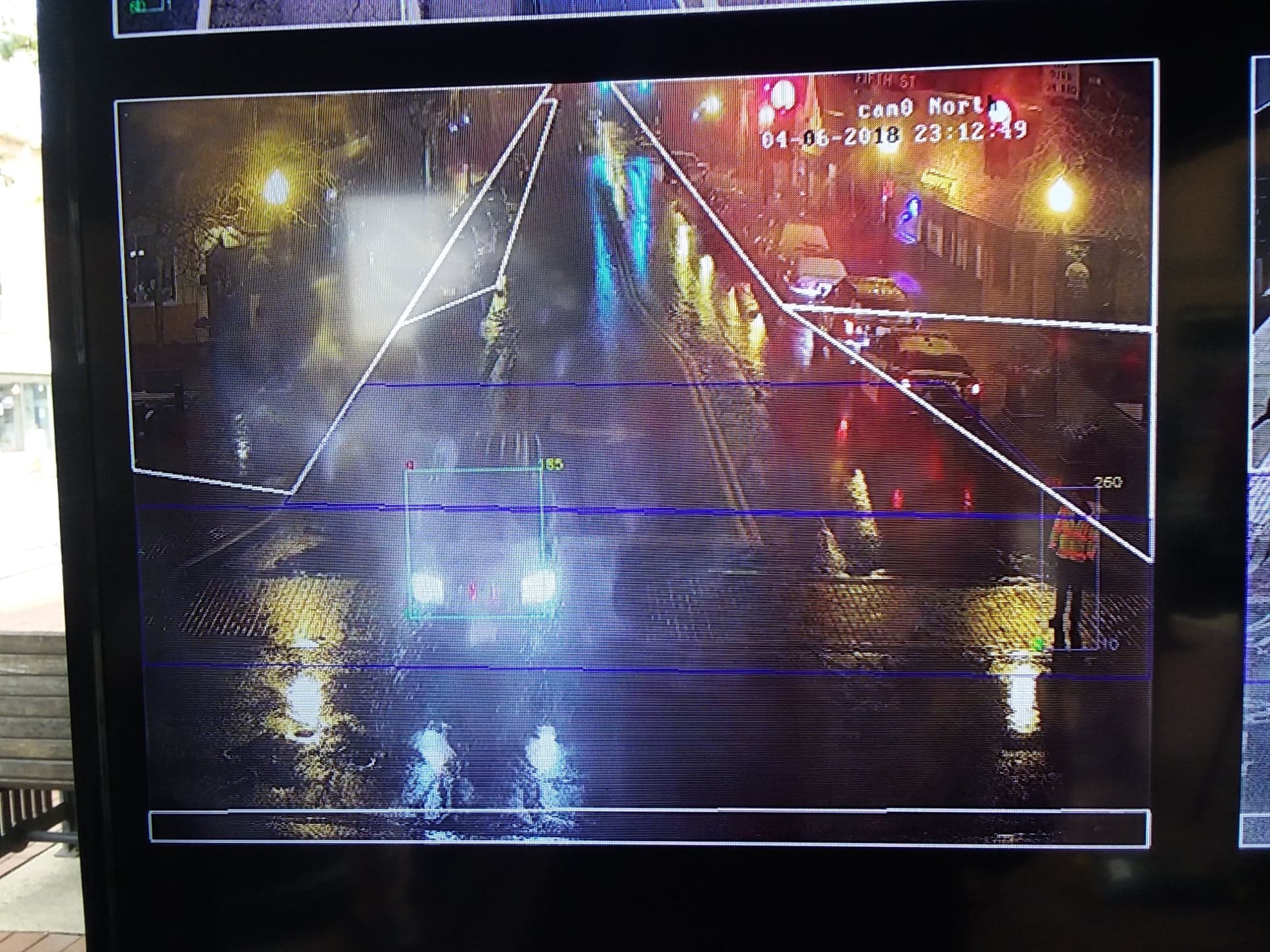 Jim Keller, chief engineer at Honda R&D Americas, says whether V2X takes hold is “not up to us. We are not an infrastructure company. We hope this is a first step and Marysville, if they choose to install this on all their intersections, that’s great. It kind of goes beyond Honda’s (ability),” he says.

Keller classifies the technology as “nearly mature,” but won’t give a timeline on a possible rollout.

He and Bai are hopeful testing will expand to other, larger cities in Ohio.

Klaus notes Honda is planning to release Level 3 autonomous technology in its vehicles in 2020 and Level 4 in 2025. It hopes V2X will work in concert with those systems, but if not the automaker will be prepared.

“The smart infrastructure, V2X, we’re working on that now,” he tells Wards. “How that gets rolled out is highly dependent on how things are decided in terms of standardization. Regarding automated vehicles, those are proceeding independently. So what you’re going to have is (that) automated vehicles are going to come out. If there is not smart intersection (technology), then they will have to be on their own. We don’t think that’s the best plan going forward. We believe the complementary scenario is the best scenario.”

There are several different ideas how to proceed with autonomy without V2X, such as pedestrians wearing a connected device that would alert an autonomous vehicle of their proximity.

“(V2X) maybe is more realistic to build a bridge to the future, (to) come up with infrastructure technology (or) the camera we have today, that can see all those scenarios and then give that information to the vehicle that is connected,” Klaus says. “So it’s a little bit more of a simple and more elegant potential solution.”