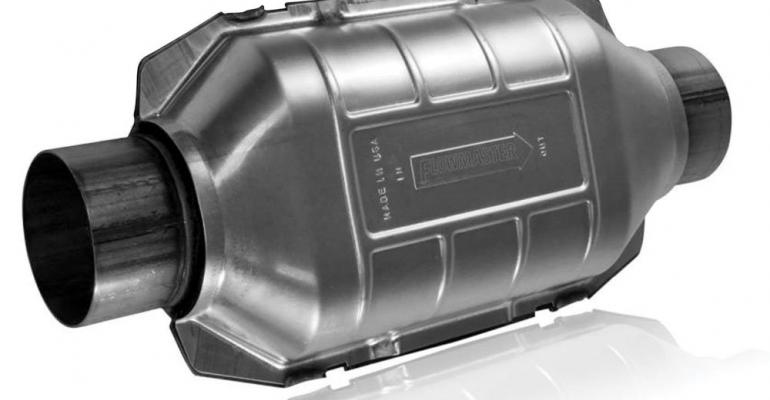 The European Union is implementing a law designed to prevent money raised from sales of tin, tungsten, tantalum and gold &ndash; the so-called 3TG minerals &ndash; from going to warlords and violent rebels. These metals are present in up to 50% of car parts.

BRUSSELS – Europe’s automakers have escaped a mandatory European Union due-diligence requirement for using so-called conflict minerals sourced from parts of the world that suffer from armed and civil strife.

There has been significant concern within the industry about the impact of a law designed to prevent money raised from sales of tin, tungsten, tantalum and gold – the so-called 3TG minerals – from entering the pockets of warlords and violent rebels. This is because these metals are present in up to 50% of car parts, according to ACEA, the European automakers’ organization, and its CLEPA counterpart for parts manufacturers.

But in the final text of an EU regulation due to take effect Jan. 1, 2021, a voluntary due-diligence system for downstream users such as automakers will apply, provided the manufacturers buy their 3TG from EU suppliers and do not import raw minerals or metals directly.

The regulation the European Parliament cleared March 16 imposes mandatory due-diligence rules on companies importing 3TG into the EU. However, a Parliament spokesperson tells WardsAuto that downstream users nonetheless are “encouraged” to comply voluntarily with the regulation’s requirements that information on where and how such minerals are sourced be made available.

Large manufacturers with more than 500 employees, including most European automakers, that buy 3TG will be able to report annually on their sourcing practices through a voluntary program that includes an EU registry. The spokesperson says the EU’s executive branch, the European Commission, is expected to set up the registry “in one or two years.”

The regulation requires importers to ensure their 3TG supplies are not sourced from conflict areas. To aid compliance, the EC will produce a guide to conflict and risk areas, which is likely to include Africa’s Great Lakes region and the Democratic Republic of the Congo.

But country of origin is not the only indicator that a consignment is risky, as transit and irresponsible traders can mean conflict minerals enter developed markets by the back door. Thus the Commission also must draft a list of smelters or refiners supplying the EU deemed to be avoiding dubious sourcing practices.

To ease the compliance burden, the EU will recognize current industry-certification programs as being able to prove the rules are applied. Regulators will check the programs regularly to ensure high standards and continued compliance with Organization for Economic Cooperation & Development (OECD) guidance. EU funding also will be granted small and medium-sized enterprises with fewer than 500 employees to help set up traceability systems for 3TG supplies.

A spokesperson for the European metal industry association, Eurometaux, says the import of finished and semi-finished products including these materials would be outside the scope of the law, although parts makers would have more liability if they imported materials directly.

But the auto industry looks set to embrace the voluntary program. “This is an issue that the industry takes very seriously, and it is in constant dialogue with its supply chain partners to address any risks that may arise in the supply chain,” the ACEA spokesperson says.

Many automakers already have voluntarily installed due-diligence processes in their supply chains that comply with existing regulatory frameworks and practices, including voluntary schemes such as OECD guidance, the spokesperson points out.

“Often we hear from our downstream suppliers that they would like that proof, so it happens regardless of the regulation,” the Eurometaux spokesperson says.

EU member states still must approve the rules in the EU’s Council of Ministers, which likely will occur in the next few weeks as the regulations cleared in Parliament are a compromise deal the two reached last year. It was the parliament that forced not through voluntary but through mandatory due diligence for importers, mainly smelters and refiners, to bring EU rules in line with OECD guidance.

Members of Parliament originally wanted mandatory due diligence also to apply downstream, but they yielded on this in negotiations with the Council of Ministers.

If the regulation fails to stem the flow of conflict minerals into Europe, or the downstream industry does not participate in the voluntary program, mandatory compliance could be extended in future reviews the EC will publish every three years starting Jan. 1, 2023.

And the March 16 resolution makes clear the EC is expected to analyze ways that due diligence could be applied further along the supply chain in its review reports. Yet, the resolution recognizes downstream firms such as the auto industry have “reported countless difficulties and practical challenges in the exercise of supply-chain due diligence because of lengthy and complex global supply chains involving a high number of economic operators that are often insufficiently aware or ethically unconcerned.”

The ACEA opposes any move to force due diligence on automakers.

“Being a downstream sector, the automobile industry mostly does not import raw materials,” a spokesperson says. “The upstream part of the supply chain has the best leverage to achieve transparency in mineral sourcing, and to effectively combat the financing of armed conflicts,” a spokesperson contends. “Compliance obligations for downstream companies should be avoided as they are extremely burdensome and costly in case of highly complex supply chains.”

The spokesperson adds that extending mandatory due-diligence obligations along the entire supply chain “would have a negative impact in the automotive value chain, especially on SMEs (small- and-medium-sized enterprises), putting their competitiveness at risk.”