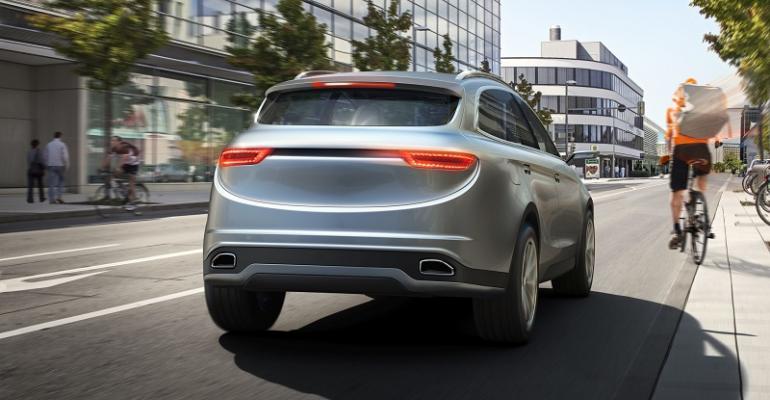 The new camera, which will appear on a vehicle from an unnamed auto-maker this year, detects objects and their relevance better than the human eye, the supplier says.

In the race to an automated future underpinned by surround sensing, German supplier Robert Bosch says it has developed a new camera with artificial intelligence to enhance driver-assistance systems and help pave the way for self-driving cars.

The new camera, which will be shown at the upcoming Frankfurt auto show and appear on unspecified vehicles this year, detects objects and their relevance better than the human eye, Bosch says.

“We want to make cars better drivers than people, and in this way to increase road safety,” says Bosch management board member Harald Kröger.

“In other words, technology has to work more reliably than people,” he says in a statement announcing the breakthrough.

Cameras, radar and ultrasound provide the surround sensing necessary for enhanced ADAS and, in the future, self-driving cars. Of those sensing technologies, cameras come closest to the marvel of the human eye, Bosch observes, but adding AI for object detection surpasses the vision of even the sharpest driver.

In short, not only does the camera with AI detect an object, such as a roadside cyclist or pedestrian, it also recognizes the object’s relevance to the person’s driving strategy and quickly determines the appropriate action: brake, swerve or continue on the intended path.

Bosch considers the system particularly helpful in avoiding crashes where the driver may have been looking in the correct direction but failed to pick up the other motorist. According to Bosch, 50% of crashes can be attributed to the phenomenon. The Bosch camera does not tire, unlike the human eye, and it works just as well after hours of driving as it does in the first few blocks.

The camera (pictured, below) works in concert with other sensing technologies, but the AI helps determine, for example, if the edge of the road is passable despite the potential absence of lane markings. It also can improve legacy ADAS systems and extend their applicable range, as well as improve emergency braking maneuvers by detecting objects partially concealed. Road-sign recognition also is improved with an optical character recognition feature to reliably read text and numbers and present them to the driver on a dashboard display.

The camera’s intelligence was developed in-house by Bosch and integrated into a chip, known as V3H and produced by Japanese semiconductor manufacturer Renesas. The technology won an internal Bosch innovation contest. 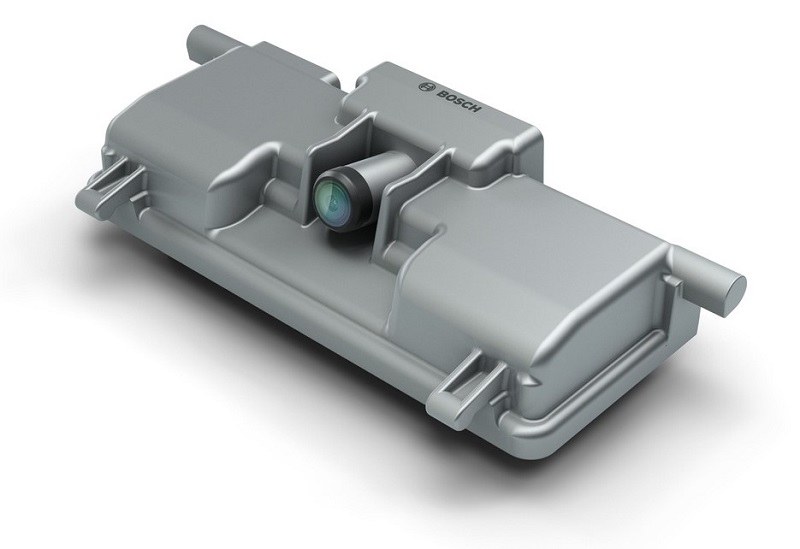