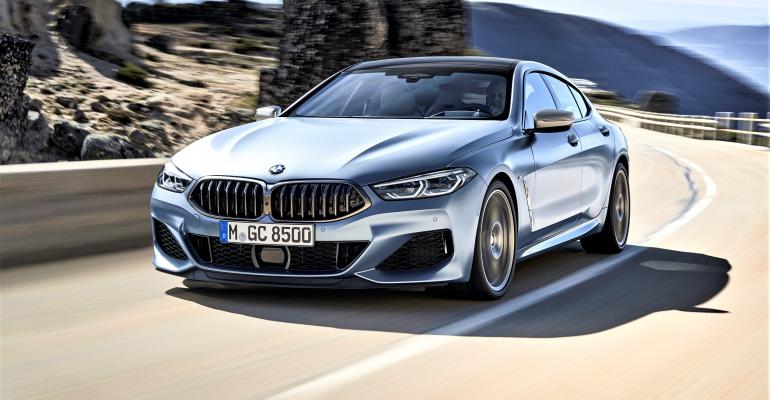 Replacing the discontinued 6-Series GranCoupe, the luxurious 4-door coupe takes aim at the Audi A7, Mercedes-Benz CLS and Porsche Panamera.

BMW rounds out its new 8-Series range with the unveiling of the 4-door 8-Series GranCoupe.

Making its public debut later this year at the Frankfurt auto show, the plush new 2+2 joins the 8-Series Coupe and Convertible with a lineup that will support both 6-cyl. and V-8 models, including the swift new 523-hp M850i xDrive GranCoupe, from the outset of North American sales in September.

Pricing has yet to be confirmed, though it is expected to be similar to that of the recently introduced 8-Series Coupe and Convertible, with which the new BMW GranCoupe shares its familiar front-end styling and interior appointments.

The added length is achieved through the adoption of a 7.9-in. (201-mm) longer wheelbase than that of the 8-Series Coupe and Convertible, at 119.0 ins. (3,023 mm). It allows the packaging of two additional frameless doors and more substantial rear seats (below, left) in a move aimed at providing the 8-Series GranCoupe with a level of practicality on par with its luxurious 4-door coupe rivals.

The engine choices for the 8-Series GranCoupe mirror those of its recently introduced coupe and convertible siblings. 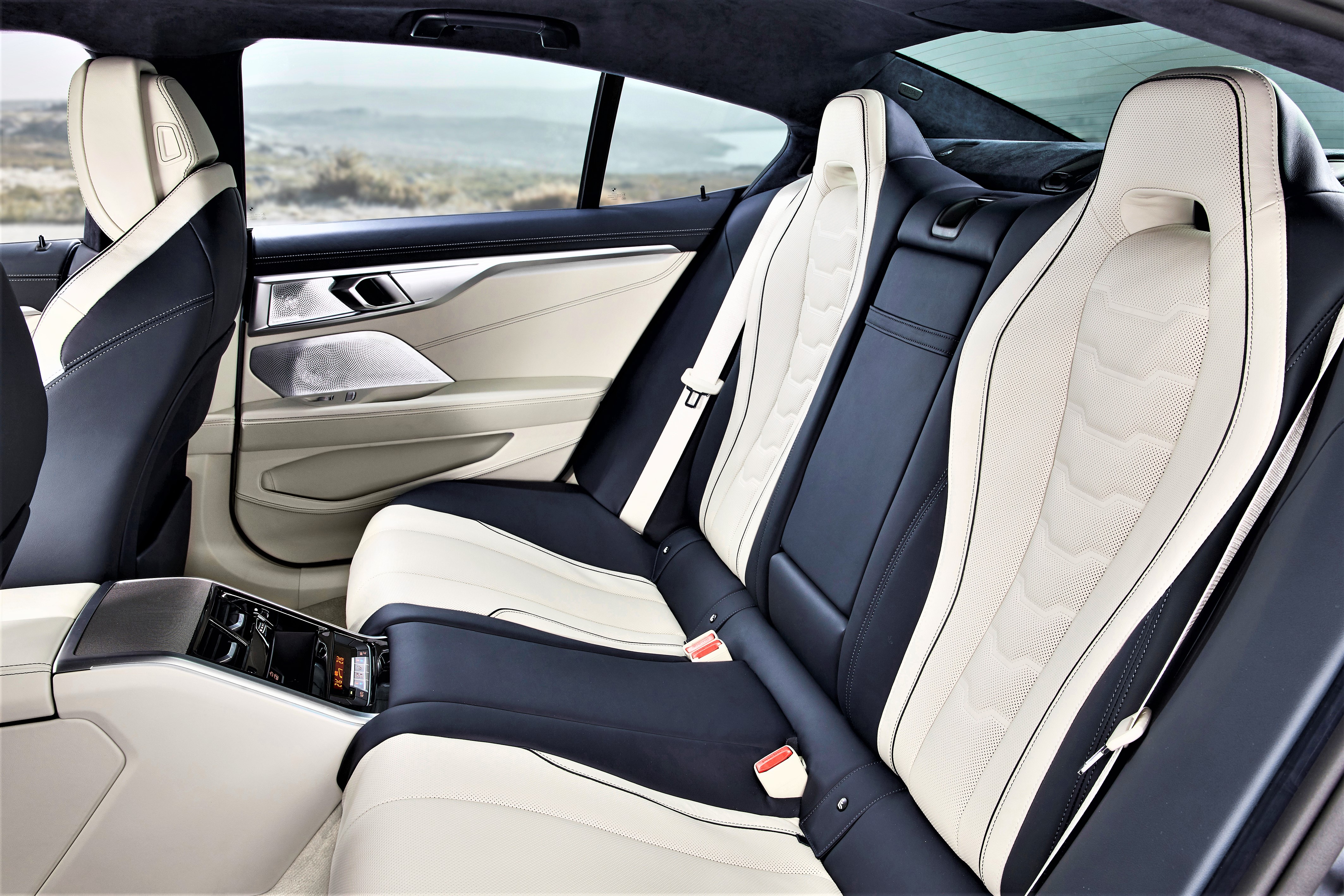 All engines are mated to a standard 8-speed torque-converter-equipped automatic gearbox with steering-wheel-mounted shift paddles, with the 840i and M850i xDrive both featuring a standard M Sport rear differential.

The 8-Series GranCoupe is underpinned by double-wishbone front and five-link rear suspensions. In AWD models it is combined with BMW’s so-called Integral Active rear-steer system, a function also available as an option on the rear-wheel-drive 840i.