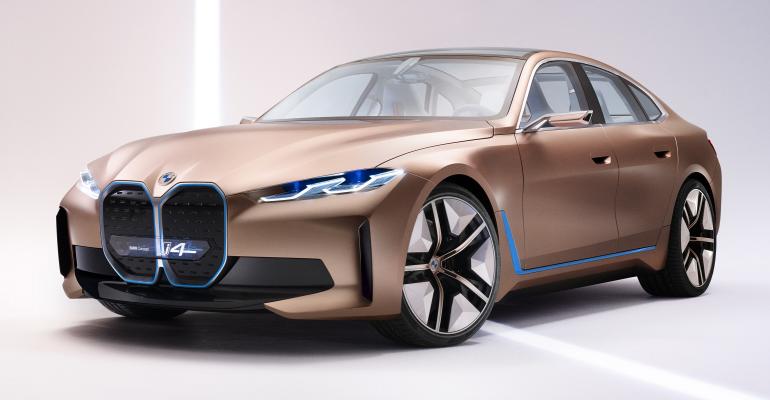 The Tesla Model 3 rival is planned for North American introduction in 2021.

BMW previews its upcoming i4 sedan as a lightly veiled concept in a webcast following the cancellation of the 2020 Geneva auto show.

The new electric-powered 4-door, an integral part of an extended range of BMW i sub-brand models due for launch by 2025, will go on sale in mid-2021 in the U.K. as a direct rival to the Telsa Model 3, boasting up to 523 hp from an in-house-developed electric motor as well as a claimed range of up to 373 miles (600 km).

The new i4 is based on the second-generation 4-Series GranCoupe. As with its more conventional combustion-engine sibling, it sports a conventional three-box silhouette with a distinctive cab-backward profile in a move BMW says is aimed at enhancing its appeal to traditional BMW customers.

Drawing on the design lineage first displayed on the BMW iNext concept SUV, the i4 boasts clean and taut surfacing designed for class-leading aerodynamic efficiency. 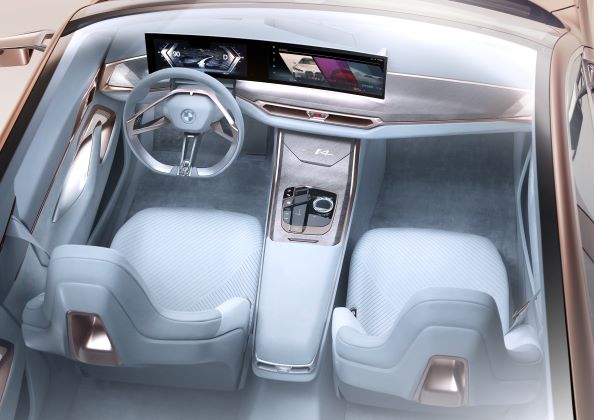 Key design elements incorporated on the third BMW i model include a bold grille similar in size and shape to that previewed on the company’s Concept 4-Series – an early design study unveiled at the 2019 Frankfurt auto show with which the new Concept i4 shares other design features including its thin headlamp treatment, heavily curved roofline, high-set notchback-style rear end and OLED taillamps.

Other design developments incorporated on BMW’s concept include flush door handles and aerodynamically optimized wheels. The Concept i4 sports the German automaker’s new logo (below, left), which uses a two-dimensional design to make it more suitable for digital marketing.

To identify it as an all-electric model, the Concept i4 has illuminated blue highlights around the grille, alongside the flanks and within the diffuser element at the rear. A similar treatment is expected to grace the production version of the i4, which will be assembled at BMW’s plant in Munich, Germany, from third-quarter 2021. 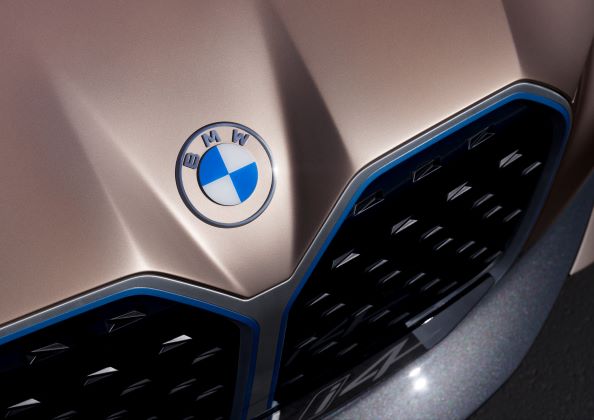 Inside (above, left), the Concept i4 sports a clean and simple dashboard that supports a single curved high-definition display housing the instruments and infotainment functions. The sedan also features the latest iteration of BMW’s iDrive controller, which is grouped together with various touch-sensitive controls within a wide center console.

Previewing the propulsion unit in the production version of the new 4-door, the Concept i4 receives a BMW developed-and-produced electric motor producing up to 523 hp – some 69 hp more than the recently discontinued turbocharged 3.0L gasoline I-6-powered M4 CS. Mounted underneath its long hood, it provides drive to all four wheels via an as-yet-unspecified gearbox. BMW hints at 0-62-mph (100-km/h) acceleration in 4.0 seconds and a top speed in excess of 124 mph (200 km/h).

Underpinning the i4 is a modified version of BMW’s CLAR architecture. It has been reworked with a new rear-end floorpan module that houses an 80-kWh lithium-ion battery. Described as being “extremely slim and optimized for energy density,” it is claimed to weigh around 1,213 lbs. (551 kg).

As with the Tesla Model 3, the new BMW is expected to be offered in rear-wheel-drive with a smaller-capacity battery.

In what will be seen on the production version of the i4, the Concept i4 boasts three driving modes: Core, Sport and Efficient. Besides altering the characteristics of its electric drivetrain, they also serve to alter the graphic display and ambient lighting within the interior as well as the acoustics, which BMW has developed with renowned German composer Hans Zimmer. 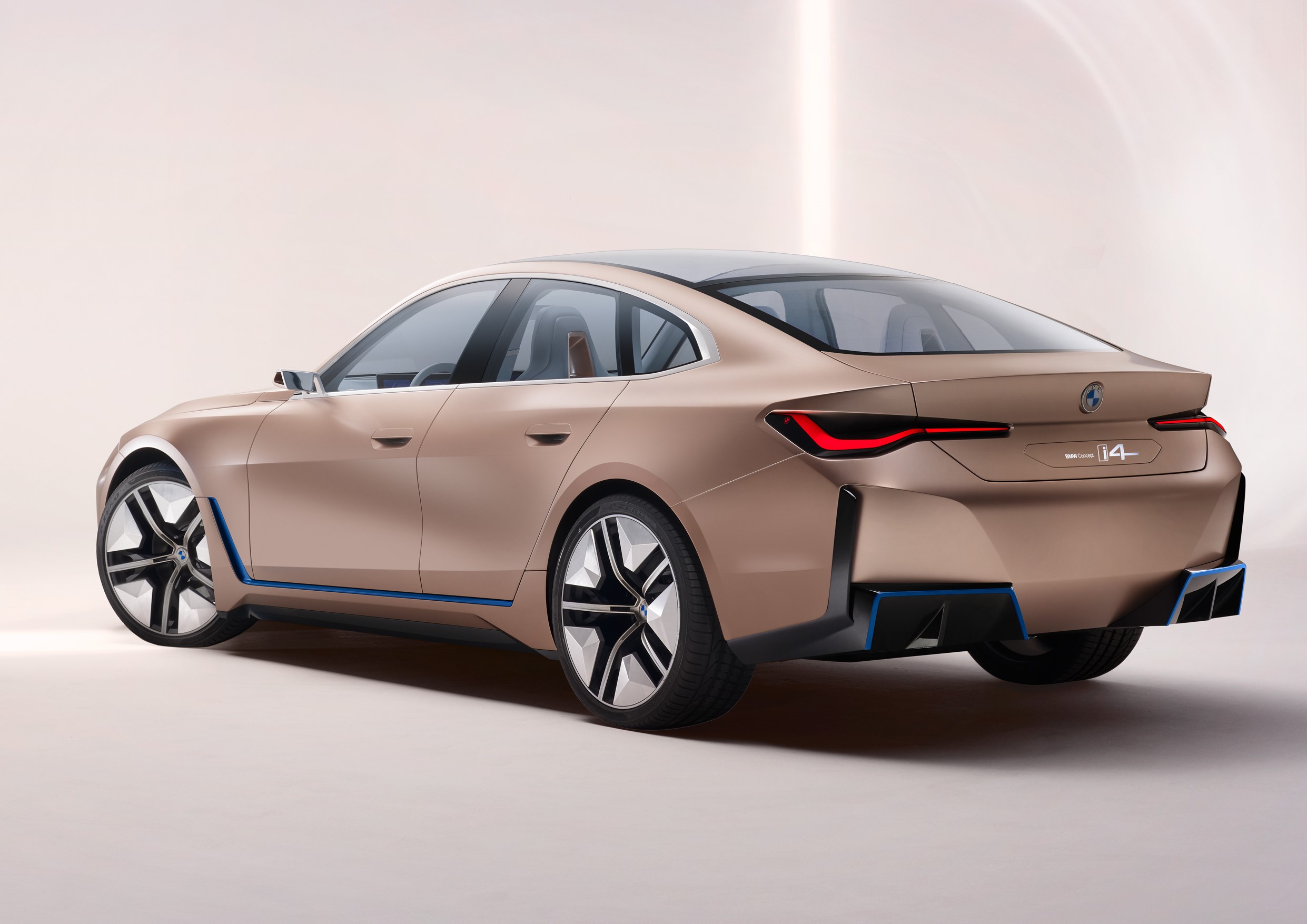