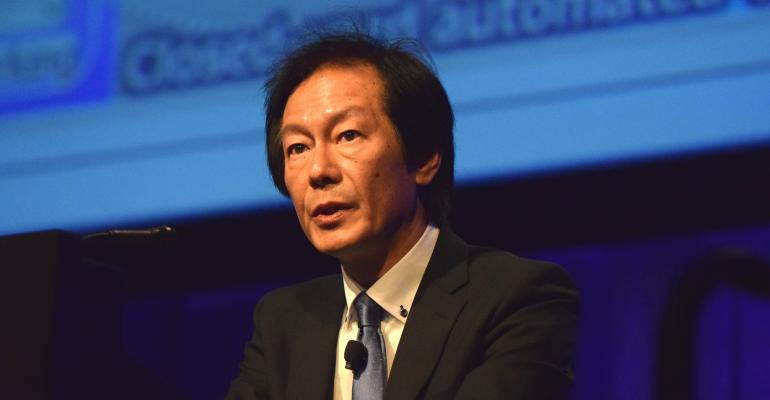 Autonomous Vehicles Coming, But Not Slam Dunk You May Have Read About

The industry won&rsquo;t leap to producing autonomous vehicles overnight, industry insiders say. Instead there will be a multistage transition to driverless cars that likely will take more than 20 years.

DETROIT – Don’t get too caught up in all the hype surrounding autonomous vehicles.

They’re on their way, but the rollout will occur in stages – and there’s still much to figure out when it comes to the technology, the infrastructure, the politics and the consumer.

That’s the more sober consensus of panelists discussing the future of self-driving cars here at the 2015 SAE World Congress.

“Many autonomous-vehicle announcements have been made lately, and it feels like a race is under way in this field,” notes Toshio Yokoyama, senior chief engineer for Honda R&D in Japan. “However, it’s important to know where we are racing to, and to what end.”

Steffen Linkenbach, director-Systems & Technology for German supplier Continental, agrees, saying no one has yet to clearly define what autonomous means.

“When we are talking autonomous vehicles, nobody even knows what we’re talking about,” he says. “What are the boundaries? Is it freeway driving? Urban driving? Is it driving autonomously through 10 ins. (25 cm) of snow?

“This is why nobody has a clear answer as to when these technologies will be on the market.”

Although the first signs of a fully autonomous vehicle could appear as early as 2020, it will take another decade before half the vehicle population consists of self-driving vehicles and at least until 2040 before all cars and trucks on the road are equipped with Stage 5 technology.

“It will be a 20-year transition,” predicts Patrick F. Bassett, vice president-R&D for Denso International America.

Panelists say the industry currently is in the third stage of a 5-step process leading up to the fully autonomous car. To get to that final leg, vehicles that today offer smart cruise control and lane-keeping assistance first will have to take a midrange step toward a higher degree of automation that still requires the driver to intervene.

Bassett envisions a next stage where the vehicle operates autonomously on freeways but the driver takes control in urban driving.

To take that next step, he says, better HMI systems will be needed that anticipate the driver’s needs and measure his level of attention. Denso is part of a consortium that is looking for better ways to determine the driver’s attention level and even analyze his emotional state.

Linkenbach agrees freeway driving will be the next big milestone for autonomous vehicles.

“For us, (the next stage) is driving on the highway,” he says. “It has to be a step-by-step approach of adding technology.”

But significant hurdles remain, panelists agree, citing technological issues and the legal/regulatory complexity as co-equal barriers to an automated-vehicle future.

“There are technology challenges,” Yokoyama notes. “Sometime the technology doesn’t work well…like at night. But we also have to change international (laws). We have to solve these problems at the same time.”

Denso’s Bassett agrees. “Everyone can operate (the technology) on the prototype level. The challenge is when the (driving) conditions are not perfect. And then there’s the legal challenges. It’s (those two things) in parallel.”

Despite concerns whether the technology will work and consumers will adjust to driverless cars, panelists say safety will be the primary force behind the movement toward autonomous vehicles.

But there will be failures that result in fatalities, and Bryant Walker Smith, assistant professor at the University of South Carolina and a legal expert, says automakers and suppliers should have a crisis plan in place to deal with that when it happens.

“There will always be mistakes and unintended consequences,” he says. “But there’s lots of reason to believe (autonomous-vehicle) technology is a good thing.”

Tuesday keynoter Ray Kurzweil, an inventor and futurist, says autonomous vehicles won’t happen until the technology is proven to be much safer than letting humans drive themselves.

“That’s how we approach safety,” he says. “But it’s (autonomous-vehicle technology) coming. It’s not far away.”

Other observations of the panel: