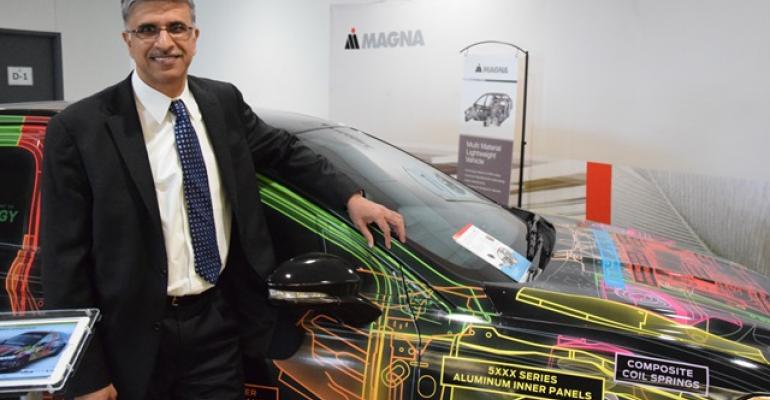 OEMs must work with other industries, including consumer electronic firms and software companies, panelists advise.

DETROIT – Vehicles are rapidly evolving from largely mechanical devices to high-tech software-driven conveyances and automakers must adapt to keep pace, says a panel of experts at the SAE World Congress here.

“Automotive and consumer electronics products are introduced at different frequencies, but need to interact seamlessly,” he says. “There are completely different requirements, but we have to come together and understand each other.”

Hilt points to discrepancies between legacy automakers and startups, noting 60% of Tesla’s employees are software engineers compared with just 2% at traditional OEMs.

“The industry has a need for a skillset,” he says. “However, it continues to operate with a traditional organizational model.”

“Drivers would trade in cars like iPhones,” he predicts. “If a son gets a new car and (his father) sees all the features, he feels some sense of competition and says, ‘I have to trade in my car, even though it works well.’ You don’t need a new iPhone, but you want one.”

Automakers should concentrate on making the user experience a differentiator for their brand in much the same way smartphone companies do.

“Global drivers are shaping the (automotive) sector, and that calls for new approaches to product development, organization models and talent,” Hilt says. “An ever-changing ecosystem needs a responsive product-strategy process.”

Bernard Sendhoff, EU president-Honda Research Institute, agrees.Honda, he says, dreams of an accident-free society and wants to create semi-autonomous systems that support the driver while improving safety and comfort.

Sendhoff envisions a vehicle that learns from its experiences, its driver and other vehicles. The more it learns, the more it is able to adapt to different situations.

“The car almost understands what the driver wants to do and uses technology to execute those wishes,” he says. “We don’t want to get rid of the driver, we want to enrich the driving experience by having cooperation between driver and car – like a sixth sense (that provides) for our drivers.”

Personalization will become increasingly important to car buyers, Sendhoff says, noting the day is coming when automotive interiors will be customized to individual tastes.

“Imagine having a 3D scanner at each Honda dealer that scans the physique of customers and is able to (use) their physical properties to customize each cockpit,” he says. “You’d have cars unique to each individual customer.”

Autonomous vehicles, which many predict could eliminate collisions, will become a reality, Kotagiri says, declining to predict a timeframe for the emergence of the technology.

Until then, the objective is to prevent accidents by using vehicle sensors to support the driver, he says.

“Over the past 10-15 years, (television) commercials used to show a lot of crash tests and show how strong a vehicle was,” Kotagiri says. “In new commercials you see the car coming to a stop before it hits the wall.”

Magna International also is focusing on making products smarter, cleaner and lighter, as well as trying to determine what the future of mobility will look like in densely populated urban centers.

“What does that mean for the car of the future? One thing is there has to be a convergence of many industries, whether telecom, service providers or software and hardware,” he says. “Cooperation definitely is needed.”