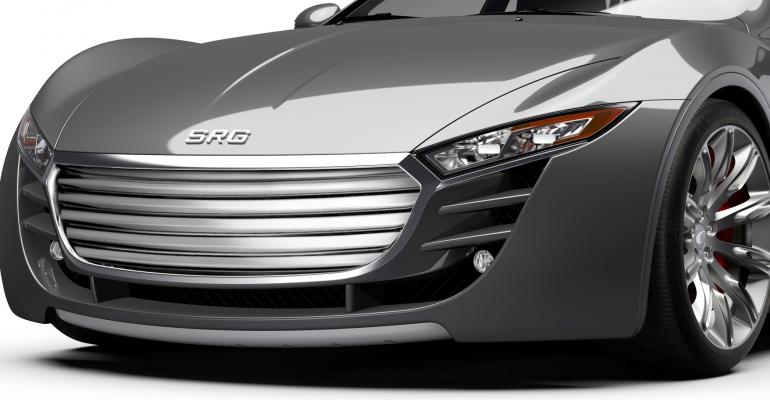 SRG Global wants to be more than a pretty face and is incorporating into grille designs active shutters that improve aerodynamics and fuel economy.​

SRG Global is the latest auto supplier to announce it is moving its headquarters to larger, nicer digs in suburban Detroit. The company employs 5,600 globally and its new 51,000-sq.-ft. (4,740-sq. m) facility in Troy, MI, will house 250 support staff for its North American businesses.

However, the bigger industry news is the roughly $1 billion supplier is moving into functional, fuel-saving technologies in addition to its portfolio of decorative, injection-molded parts.

Its grilles can be seen on everything from Ford and General Motors fullsize pickup trucks to a new Acura model.

But with efficiency and lowering emissions becoming so important, and grilles playing a crucial role in vehicle aerodynamics, SRG wants to be more than a pretty face and move beyond its ornamental role into active grille shutters that can substantially improve vehicle fuel economy, Prater says.

SRG has developed three lightweight AGS designs it says can improve aerodynamic efficiency up to 30%. The shutters allow air to flow through the engine compartment to assist engine cooling at lower speeds, and close to form a smooth, aerodynamic surface at higher speeds.

SRG’s simplest AGS design is a stand-alone version that is positioned behind a standard grille as a separate subassembly.

However, the company is touting its integrated and semi-integrated designs that deliver better aerodynamic efficiency, lower weight and costs and require less packaging space.

The semi-integrated version can be attached to the back of current grilles without requiring exterior design changes and supplied to the OEM as a complete assembly, Prater says.

The fully integrated version aimed at future vehicles combines the grille and AGS into a single part and provides the maximum benefits in aerodynamics, cost, weight and packaging.

SRG also is introducing several new appearance technologies including its G-Coat system which provides a chrome metallic finish for plastic parts with an infinite color pallet, opening up opportunities for interior and exterior designers to be creative and experiment with new ideas and colors. “Any chrome color, inside and out,” the company says.

SRG Global was formed as a business unit of Guardian Industries in 2009 and has expanded six facilities around the world and seen revenue grow 10% annually for the last five years, Prater says.

The new Troy facility is designed to inspire greater collaboration between employees and customers and help drive more innovation into new designs and manufacturing solutions, Prater says. He also hopes the new digs will help with a problem every business in the region is facing: attracting talented engineers and scientists that will help the company continue innovating and growing.