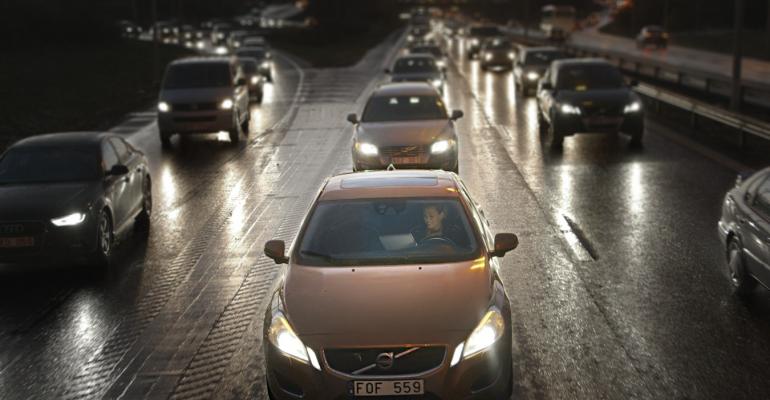 The Australian Communications and Media Authority says it will set aside the 5.9 GHz band for the vehicle network, known as Co-operative Intelligent Transport Systems.

Plans to create a connected-vehicle network across Australia take a significant step forward with the government announcing it will assign bandwidth for the project early next year,

The Australian Communications and Media Authority says it will set aside the 5.9 GHz band for the vehicle network, known as Co-operative Intelligent Transport Systems.

Federal Chamber of Automotive Industries CEO Tony Weber says the regulatory framework provided by ACMA is an essential first step in the development of an integrated, automated and connected-driving network.

“To make C-ITS operable, we needed a way in which all the players can share a common digital language – and this provides it,” Weber says in a statement.

“ACMA’s proposed regulatory arrangements support the introduction of C-ITS in the 5.9 GHz band. This confirms that the Australian C-ITS standards will be the same as that used in THE European Union.”

It also will put a road block on gray market imports, legal and illegal.

Weber says any vehicles operating on other frequency bands, such as those built specifically for use in the Japanese domestic market, will not be able to communicate with Australian vehicles.

“And what is equally as important, any vehicles imported that operate on different standards, will illegally interfere with a range of other services here such as toll roads and mobile phones,” he says.

“This consultation paper places a digital marker from which our C-ITS will mirror those being planned and implemented by Europe.”

The FCAI has been in consultation with ACMA and Austroads, the association of Australian and New Zealand road transport and traffic agencies that is developing the framework for the rollout of C-ITS nationally, as well as other major stakeholders.

“A national approach is vital to ensure C-ITS delivers optimal benefits no matter where in Australia you drive,” Weber says.

Connectivity to Impact Car Factories as Well as Cars
Aug 01, 2016