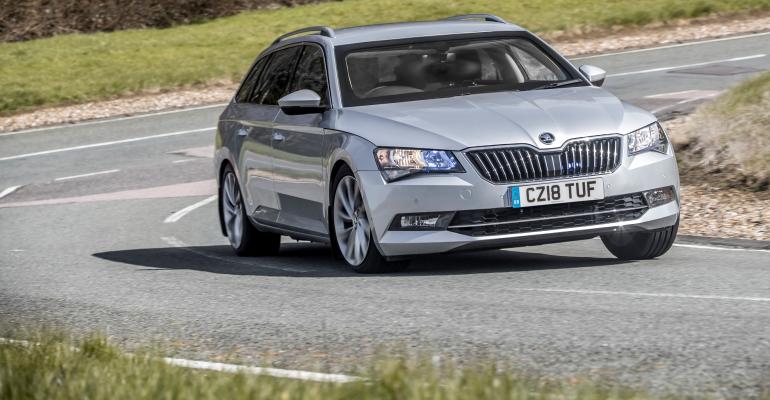 Virtually indistinguishable from the standard production model, bullet and blast protection in the reinforced passenger cell is provided by a combination of bullet-resistant glass, high-strength steel and composite materials.

For those who have everything – and want to keep it – automaker Škoda has the ultimate accouterment.

After three years of planning, development and testing in the U.K., the Volkswagen subsidiary has added to its range with a bullet- and blast-resistant version of the Superb Estate.

The armored Superb, with an extensively modified body, is the result of a joint venture between Škoda and a U.K.-based conversion company. The new model is virtually indistinguishable from the standard production car.

Bullet and blast protection in the reinforced passenger cell is provided by a combination of bullet-resistant glass, high-strength steel and composite materials.

The armored car, based on a standard 190-hp 2.0L turbodiesel Superb Estate, retains its 5-seat layout cabin and large trunk.

Skoda says exact details of the conversion must remain secret. But the automaker says certification conducted by an independent testing facility involved firing different types of ammunition at the vehicle and exposing it to blast and fragmentation threats.

The suspension and braking systems have been upgraded to account for the car’s armor, with the suspension modified to ensure safe and accurate handling at high speeds.

Adaptations to the wheels let them continue to run even if the tires are deflated, allowing the driver to get to a place of safety after a blowout.

There’s an emergency lighting and siren system, as well as 8-in. (20-cm) touchscreen communications hub with GPS, Apple CarPlay and Android Auto functionality.