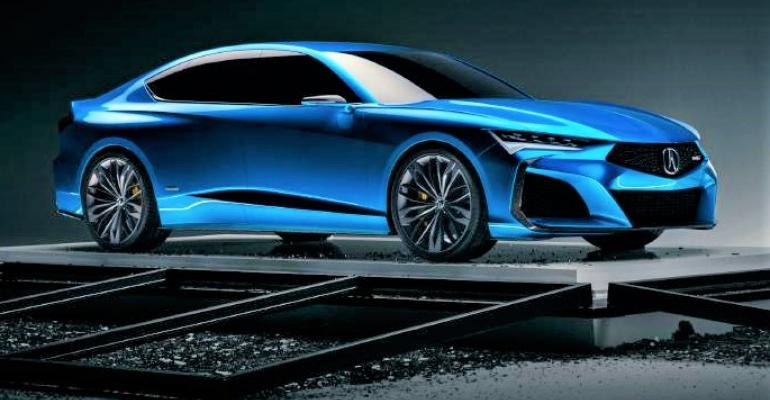 “I think you have to put more creativity into a sedan,” Acura designer Ben Davidson says. “Sedans that are going to make it today are going to be a lot more exciting, because they need to be.”

Sedans aren’t dead, but to survive in the automotive world they will have to tug harder at potential buyers’ emotions, Acura designers say.

Ben Davidson, who led the team that produced the Acura Type S Concept displayed at the recent Los Angeles auto show, says given the market’s shift toward utility vehicles, sedans will have to be unique if they want to attract customers.

“I think you have to put more creativity into a sedan,” Davidson says. “Sedans that are going to make it today are going to be a lot more exciting, because they need to be.”

Fortunately, designers working on sedans of the future have more freedom, Davidson says.

“There is more space in the environment for car design,” he says. “It can be a lot more niche. Sedans can be more of a thing of beauty. They can be more stylish.”

Sedans may struggle to compete with SUVs as family vehicles, but they can have their own distinctive shapes. The Type S is longer, lower and bit wider than Acura’s existing TLX midsize sedan and no SUV will be able to achieve a similar silhouette, Davidson says.

“We chose to keep just the right proportions,” Davidson says, noting the Type S has features such as a front fascia where form follows function, giving the concept the character of a performance car.

The grille with its diamond shapes “is really dramatic and really emotional,” he says. But it also is functional, with large air vents that cool the brakes on the 20-in. performance tires.

The Type S likely will be all-wheel-drive adapted to rear-wheel-drive, muscle-car proportions. Acura engineers have not yet selected an engine. Decisions on what technology to load into the vehicle will come in the future, Davidson says.

Dave Marek, global director of design, says the proportions of the Type S not only set the stage for the return of its high-performance variant to the Acura lineup, but it also emphasizes the Honda near-luxury brand’s future design direction. 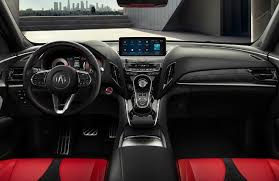 Marek says the direction of Acura design was laid down by the Precision Concept shown at the 2016 North American International Auto Show in Detroit. The Precision Concept underscored a commitment to evocative design and innovative engineering built on a foundation of quality and reliability.

The Precision Crafted theme was carried over when the ’19 Acura RDX (above, left) debuted in 2018 with a design that incorporated many of the concept’s elements, Marek says.

“We also knew we wanted to put more emotion in the car,” he says. “An easy way to get more emotion is (from) proportion. From that, we did the RDX, which much sportier and much emotional than the previous car.”

Because the Type S is a show car, Marek says, it has some features the production version won’t duplicate. For example, it has no door handles.

“But I think you are going to be seeing a lot of the added features, like the carbon pieces and larger wheels,” he says. “Then there are mirror cameras.  I think the Precision Concept set out a road map. The idea is to keep it as clean as possible.”