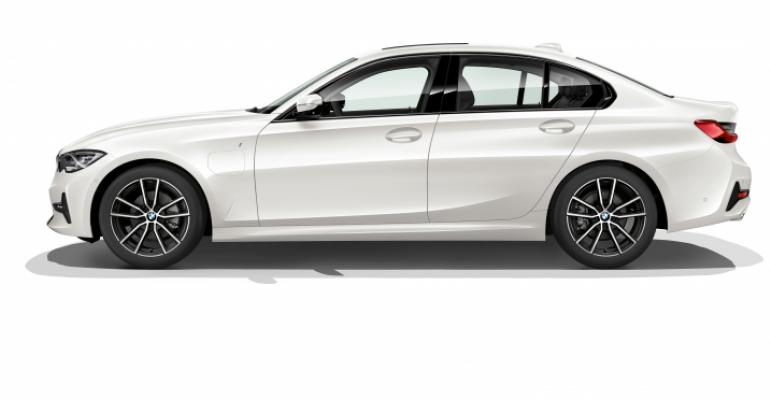 BMW
In Hybrid mode, 330e can operate on nothing but electricity up to 68 mph. In Electric mode, the car’s top speed is 87 mph.
Technology

BMW Xtra Boost activates when the ’21 330e is in its Sport driving mode and the driver depresses the accelerator far enough to initiate a transmission kick-down, such as when passing slower traffic or accelerating to merge onto a freeway. It adds 40 hp for up to 10 seconds.

The ’21 330e’s sport automatic transmission features an improved hydraulic control system and shorter gearing for better responsiveness and acceleration. The automaker claims the 330e will accelerate to 60 mph (97 km/h) in 5.6 seconds, while the 330e xDrive requires 5.7 seconds. The previous 3-Series PHEV, the 330e iPerformance, required 5.9 seconds to make the same sprint.

Networked with the optional adaptive cruise control system, the transmission employs data from the standard navigation system to adapt its shift strategy depending on the route and driving situation (interior pictured below). 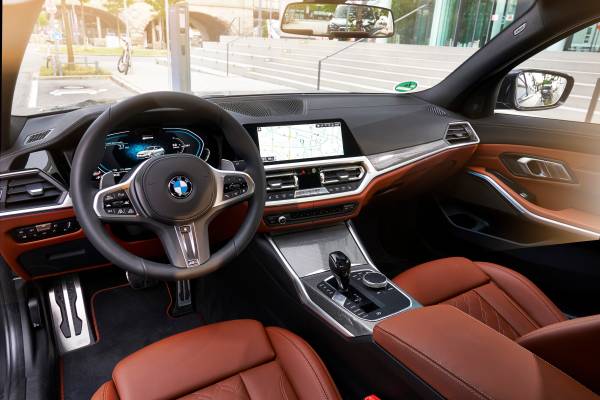 In advance of required braking, it can downshift to add engine braking that helps extend battery life. When driving the car aggressively, it can hold gears longer in corners.

Given the limited range, it won’t take long to recharge the 3-Series PHEV. In addition to 120V and 240V home charging compatibility, BMW is working on a simple and easy service that allows owners to find a public charging station, activate charging, and pay for the electricity.

Aside from a charging port door on the front left fender, the new BMW 330e looks just like the standard 330i. The ’21 330e comes only with Sport Line or M Sport trim, and with 18-in. or 19-in. aluminum alloy wheels. The greenest color choice is Blue Ridge Mountain Metallic. 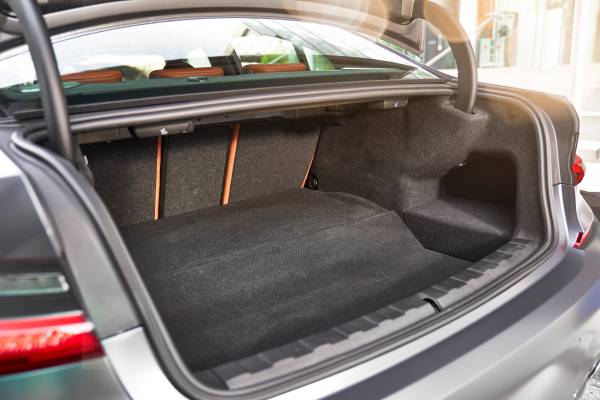 The optional Driving Assistance Professional Package uses a tri-focal camera and a radar unit to provide ACC with stop-and-go capability. The system will resume travel if the 330e is stopped for up to 30 seconds, after which time the driver will need to provide a manual prompt to re-engage the cruise control.

Additionally, the package includes semi-autonomous Extended Traffic Jam Assist technology that works at speeds up to 37 mph (60 km/h) and an Emergency Stop Assistant that can bring the car to a safe stop should the driver suffer a medical emergency.

A Parking Assistance Package expands on the ’21 330e’s semi-autonomous capabilities, taking full control of the vehicle when a driver uses it to park in a parallel or perpendicular space.

The Back-up Assistant can exactly re-trace the car’s previous forward path for up to 50 yards (45.7 meters) in reverse in order to extract the 3-Series PHEV from tight parking situations.