Trevor Milton, the 38-year-old founder and executive chairman of Nikola, claims the company will earn $1 million in revenue for every truck it puts in service.

How would you like to start a company and raise $1 billion in the stock market even though your company never sold anything and has zero income? Sounds impossible, doesn’t it? And yet, that’s exactly what Nikola Motors did.

Nikola Motors is an ambitious startup with plans to make fuel-cell-powered long-haul trucks. While the company is excoriated on social media by Tesla fanboys who accuse it of being nothing more than a scam, Nikola has lined up an impressive list of investors and backers, such as Bosch, which invested $130 million in the company.

And thanks to going public, Nikola now has a market capitalization of $24 billion (as of this writing) which is nearly the same as the Ford Motor Co, which dwarfs it in size and scope.

Nikola took advantage of what’s called a reverse merger. It’s perfectly legal, and in fact it was Steve Girsky, a former board member and executive at General Motors, who approached Nikola to do the deal. Girsky now is the managing partner of VectoIQ, which specializes in doing reverse mergers with startups that are involved in future mobility.

Reverse mergers use companies that were already listed on a stock exchange, but now exist merely as legal entities or legal shells. Maybe they lost most of their business, or sold off all their assets, but they take the steps necessary to keep their legal shell listed on the stock exchange. That then allows a privately owned company to merge with that shell and begin selling stock. While reverse mergers are complicated, they allow a startup like Nikola to get listed far faster and cheaper than doing it the traditional way.

So how could Nikola, which has never sold anything, achieve a market cap nearly as large as Ford’s? Because so many investors are hoping Nikola is the next Tesla, and they want to get in on the ground floor.

Tesla now has the second highest market capitalization of any automaker in the world ($181 billion to Toyota’s $206 billion), even though it’s never been GAAP profitable for a full year.

Nikola’s investors are not grasping at straws. The company has a compelling business case.

It offers full trucking services for a flat fee. That includes 7-year contracts with trucking companies in which it provides them with a fuel-cell semi, handles all the service and warranty work and pays for all the fuel. It charges $0.95 per mile.

According to the American Transportation Research Institute, the average cost per mile for trucks in the U.S. last year was $1.82 per mile. So Nikola’s $0.95 did more than just raise a few eyebrows. Anheuser-Busch, the giant brewing company, placed an order for 800 trucks.

Trevor Milton, the 38-year-old founder and executive chairman of Nikola, claims the company will earn $1 million in revenue for every truck it puts in service. He estimates that is about five times more revenue per truck than the traditional truck manufacturers earn.

Of course, there’s not much of a hydrogen fueling infrastructure anywhere, so Nikola is going to take a page out of Tesla’s book and build its own.

But it’s only going to build fueling stations on the truck routes that its customers use. Milton says Nikola needs to build 13 stations to handle the routes for Anheuser-Busch, which will be concentrated in the Southwest U.S.

Nikola will make hydrogen at those stations using electrolysis with electricity generated by solar panels or wind. Hanwha, which is South Korea’s largest manufacturer of solar panels, invested $100 million in Nikola. 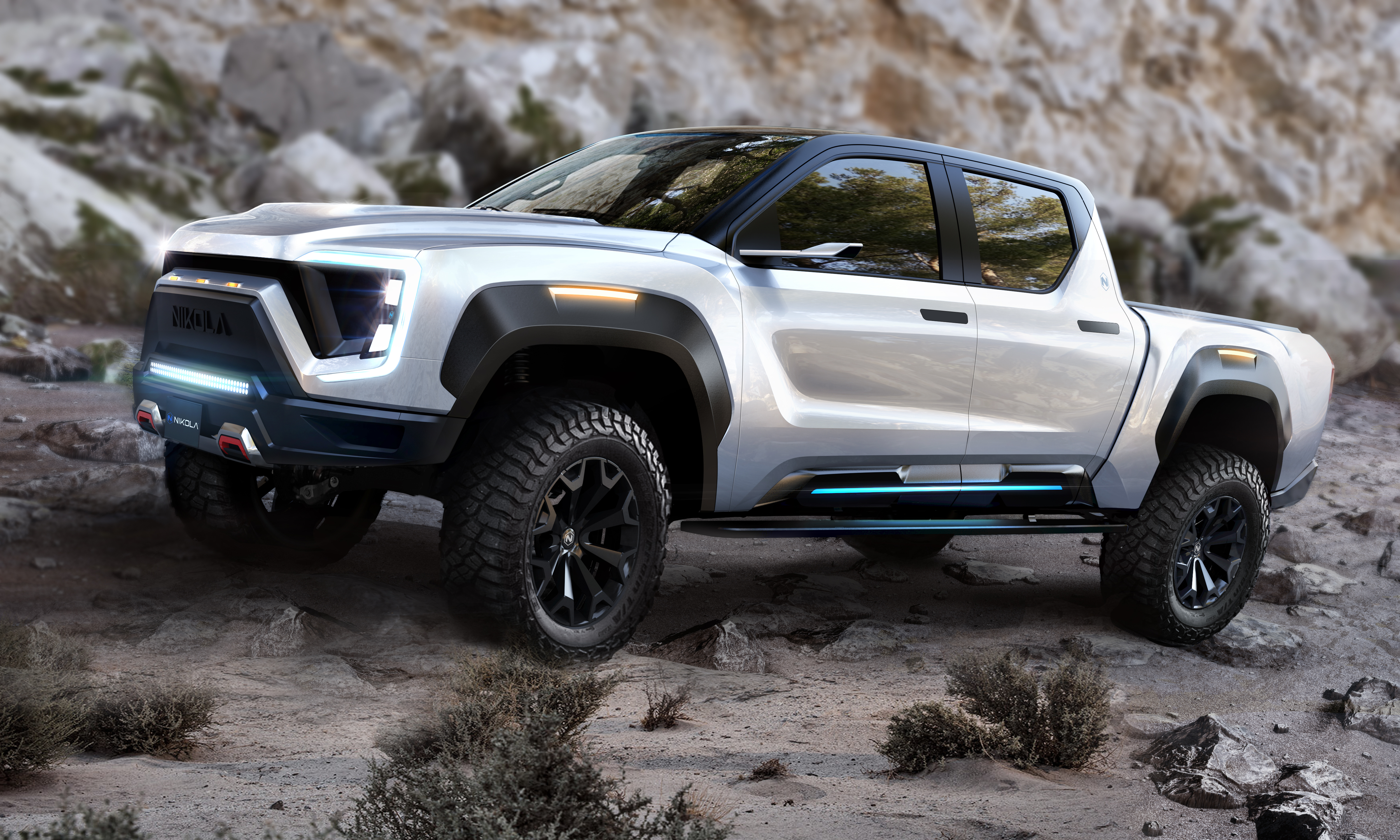 Milton claims they can generate electricity for only $0.03 per kilowatt hour, which is far below commercial rates from utilities. For example, I pay $0.19 at home. He says they can manufacture hydrogen today for less than $4/kg with an end goal of about $2.

The California Fuel Cell Partnership says the typical retail cost of hydrogen today is about $14/kg, or the equivalent of $5.60 for a gallon of gasoline. A key reason why Nikola has such a cost advantage, aside from the cheap electricity, comes from manufacturing on-site which eliminates the need to transport the fuel.

We’re going to find out soon just how sound Nikola’s business plan is. Its first fuel-cell truck is scheduled to debut in 2021. That truck, a cab-over semi called the Tre, will be made by Iveco in Europe. Iveco’s parent company, CNH Industrial, invested $250 million in Nikola.

Then, in about two years, Nikola plans to start manufacturing its own conventional fuel-cell trucks at a plant it will build in Phoenix, AZ, which is where the company is headquartered.

Just to make things more interesting, Nikola says it will partner with a major automaker in the U.S. to assemble a fullsize pickup truck that it designed.

Milton says they’re negotiating with three OEMs and will announce the selection sometime around September. That company will make, sell and service the truck, though it will be branded as a Nikola Badger (pictured above). It will be available as a BEV or FCEV with prices ranging from $60,000 to $90,000.

One thing is certain. All the buzz about Nikola sure raised Elon Musk’s hackles. Right after Nikola went public, Musk ramped up his Twitter attacks on fuel cells, which he calls “fool sells.”

And he ordered his troops to prioritize the development of his electric semi, which was unveiled three years ago but remains a couple of years away from production.

Musk may have been caught off guard by Nikola’s reverse merger. He now faces a competitor that raised cash far faster than he probably anticipated. Even worse, it’s a startup that could beat him to market with a semi and a pickup.

And wouldn’t that be poetic justice? A disruptor disrupting the disruptor.