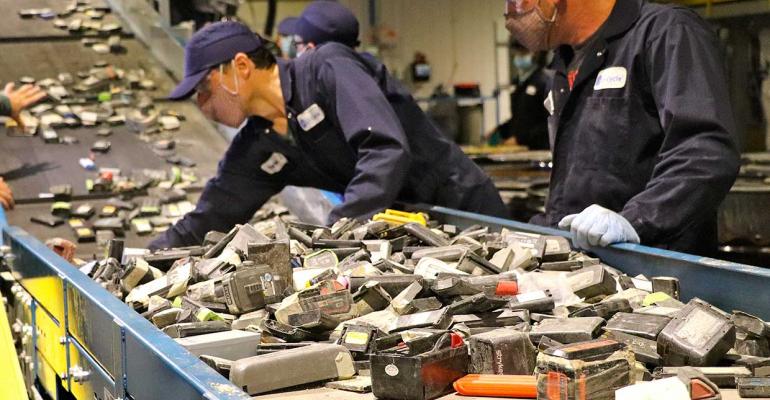 Bruce Belzowski, director of Automotive Futures, says tough emissions regulations are pushing China and Europe into the lead in the development of BEVs.

The push for battery-electric vehicles is in full swing in Europe and China, which are moving ahead of the North American effort to develop BEVs, according to experts participating in the annual Powertrain Conference organized by Automotive Futures.

Bruce Belzowski, director of Automotive Futures, says tough regulations are pushing China and Europe into the lead in the development of BEVs. Since 2018 the cost and range of electric vehicles have improved significantly, he adds. While more luxury vehicles are being electrified, most of the EVs sold around the world are in the compact and subcompact segments.

Meanwhile, emissions regulations are getting tougher, with the European Union adopting new rules that could ban sales of internal-combustion-powered vehicles by 2035, participants note.

Ameya Joshi, director of emerging technologies at Corning, says gasoline-electric hybrids can still be an important part of the effort to reduce emissions of carbon dioxide that contribute to climate change and particulates that threaten public health. Hybrids will require internal-combustion engines with the latest technology to minimize pollution, but they can be a critical part of the effort to reduce emissions, he says.

Mohammad Fautouraie of Robert Bosch, one of the world’s largest automotive suppliers, says Bosch is preparing for an electric future by developing products to aid the switch to EVs.

A policy of “technological neutrality” requires automakers and suppliers to consider the internal-combustion engine as part of the ultimate solution to reducing emissions.

Advanced technology such as fuel cells or combustion engines that run on hydrogen or advanced fuels, rather than battery-electric power, could deliver the kind of range required for long-distance travel, Fautouraie says.

At the same time, the growth in BEV sales will require a scaled-up support infrastructure.

While some futurists have made dire warnings of a world overwhelmed by burnt-out lithium-ion batteries, the fact is the batteries are too valuable to let pile up in scrap yards.

Melin says the batteries used in BEVs are proving quite durable, which is creating a secondary market for used BEVs. “Batteries have over-delivered,” he says.

More than 30% of used Nissan Leafs (pictured, below) sold as used vehicles wind up going to places such as Russia, Ukraine and Costa Rica, Melin says. “EV’s aren’t being dismantled. They’re very attractive to export.

“These countries want the technology,” he says, noting companies looking for a cheap source of reclaimed raw material from discarded EV batteries have been frustrated by the high demand for them.

DTE, the Detroit-based electric utility, has contracts with eight charging providers and has contracts with more than 20 companies that supply different elements of the various chargers, says Kelsey Peterson, manager of electric business development at DTE.

Peterson says DTE is not only building infrastructure to support public charging but also vehicles used by fleet operators, school buses, airports and public transit. DTE is trying to raise public awareness of its charging network, which is expanding to include fast chargers.

The demand for both BEVs and charging is expected to grow quickly in years to come, according to Chris Harto, a senior policy analyst with Consumer Reports.

Baby Boomers, who had purchased the lion’s share of new vehicles up until recently, are not very interested in EVs, but young buyers, particularly Millennials under the age of 40, do have an interest in EVs. Their interest is setting the stage for the shift.

“Baby boomers are taking a back seat,” Harto says. As their influence on purchase decisions wanes, the idea that consumers don’t like EVs is going away, and surveys of new-car buyers clearly show growing interest in EVs, he says.

In addition, perceptions of the technology are changing quickly, Harto says, citing comments from Matt Tsien, GM’s chief technology officer, who observes, “It’s hard for ICE vehicles to compete with the pleasure of driving an EV.”