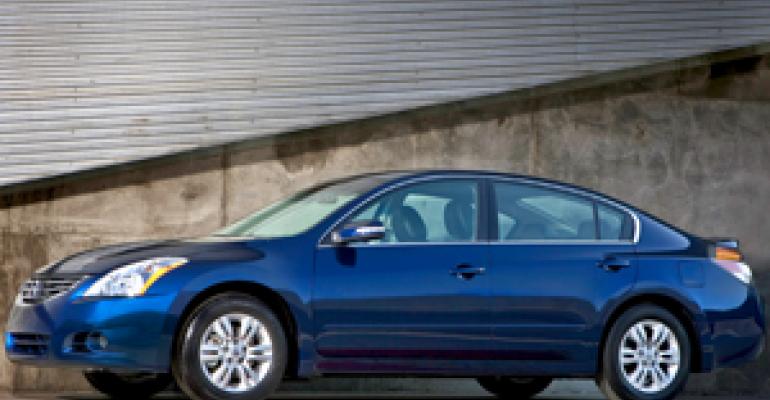 One of the most notable goals outlined in the auto maker&#8217;s Power 88 strategic plan, recently announced by CEO Carlos Ghosn, is the intention to launch a new model globally every six weeks, for the next six years. SEATTLE – A top Nissan official says the auto maker still is banking big on the U.S. for expansion, even though the company’s new Power 88 business plan largely looks to emerging-market economies for growth.

The auto maker wants to increase its slice of the U.S. market to roughly 10% by 2014. Through June, both Nissan and its Infiniti luxury brand held an 8% share, Ward’s data shows. Most of the targeted 2% gain will come from models in segments where the Japanese car company already competes.

“If you break down our market coverage, we’re at 93%-94% now. So there’s not much missing in the way of product,” Dominique says. However, “if you look at our normal ratios to Honda or Toyota, there are certain models that underperformed our average. We want to get those up.”

Yet, despite the relatively advanced age of some of its highest-volume nameplates, the auto maker has managed to increase its share.

A case in point is the Altima midsize sedan and coupe. The 5-year-old model, which has a new version coming soon, captured a 10.1% share of its segment in the year’s first half, compared with. 9.4% in like-2010.

Dominique says Nissan will be looking to such core models to help meet its growth target.

The Toyota Camry, the best-selling U.S. passenger car, racked up 147,469 deliveries through June, compared with the Altima’s 131,842. Although it has surpassed the Honda Accord this year, the Nissan midsize entrant usually ranks third in the 3-way annual sales race.

“We want to be higher than today,” Dominique says of future Altima sales, although he hesitates to cite a number. “The segment is the largest in the U.S. Do we want to capture more of that? Absolutely. Does Hyundai? Does Volkswagen? Absolutely.”

But he contends in order for all competitors to meet their midsize-car sales goals, the segment would have to double in size, which is unlikely to happen. “The reality is there’ll be winners and losers. We think we’ve got the right product, the right strategy.”

One of the most notable goals outlined in the Power 88 strategic plan is Nissan’s intention to launch a new model globally every six weeks, for the next six years.

It is ambitious, Dominique admits, but not impossible. “I think the number of launches internally developed is manageable, especially with efficiencies in platforms,” he says.

Easing the burden on engineers and other Nissan employees are vehicles sourced from other Japanese auto makers for the domestic market, such as minicars from Suzuki and Mitsubishi.

The U.S. still should see a healthy number of new launches from Nissan, despite the flurry of activity in developing overseas markets such as China, Brazil and India.

“If you look back on Nissan’s history over the last 10-12 years, we typically launch between eight to 12 cars a year, globally,” Dominque says. “We have 21 cars in our (U.S.) portfolio. So if you divide 21 cars by 5- or 6-year lifecycles, that’s still a lot of cars every year.”

Making Nissan’s global expansion somewhat less stressful is a growing symmetry between mature and growing markets. “A lot of Chinese tastes (are similar) to the U.S., much more than with Europe,” he says. “The Chinese like big sedans. They like comfort.

“Within my area of responsibility, my biggest area of growth opportunity is Brazil. And it’s all about entry cars. (But) because the tax structure is so high, a $14,000 car costs $28,000 in Brazil. That’s like Europe. Customers say, ‘I can’t afford a big car, so I want a little car with features, with bling.’”

Power 88 goals encompassing all of Nissan’s markets over the 6-year total include the introduction of 90 advanced technologies, or 15 per year; 1.5 million electric-vehicle sales spread between Nissan and French alliance-partner Renault; and the addition of 1,500 total retail outlets, from 6,000 worldwide to 7,500.