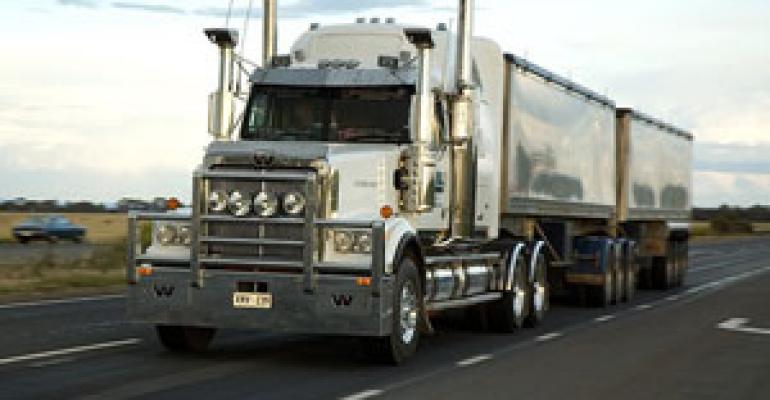 All groups but Class 7 see double-digit percentage increases in September. Sales of medium- and heavy-trucks in the U.S. rose 51.7% from year-ago in September, although that gain marks a slight decline from August’s 54.2% rise, WardsAuto data shows.

The September hike was powered by strong increases in nearly all groups, including a 69.5% jump in Class 8 sales.

With the exception of Mack, all Class 8 brands saw at least double-digit percentage increases, with two, Western Star and Volvo, posting triple-digit jumps of 305.3% and 126.9%, respectively.

Daimler was the leading volume manufacturer, selling 5,671 units in September, 5,367 of those through its Freightliner channel.

Total medium-duty sales spiked 32.3%, thanks to big year-on-year gains in Classes 5 and 6.

Class 7 was the lone group to suffer a drop last month, with volume sliding 1.6% on a daily basis due to an 86.3% decline at UD Trucks, 44.5% drop at Ford and 7.2% reduction for volume-leader International. PACCAR’s Kenworth brad posted Class 7’s biggest increase, up 99.3%.

Class 6 was the highest-gaining group in September, up 81.1%, driven by an 86.7% increase in domestically built units.

International, up 104.3%, edged out Daimler as the volume leader, but Daimler enjoyed the biggest percentage hike in Class 6, as sales soared 271.0% due to Freightliner’s quadruple-plus volume increase.

After months of stellar sales, medium- and heavy-duty trucks through September were pacing 37.4% ahead of like-2010. Days’ supplies dipped slightly last month for both sectors but stocks swelled.

In other big-truck news: PACCAR opens a new technical center in Pune, India, which the company expects eventually to employ about 200 people.

The new operation, in collaboration with technology-solutions company KPIT Cummins Infosystems, will have engineering, information technology and component-sourcing responsibilities for PACCAR’s worldwide production and aftermarket operations.