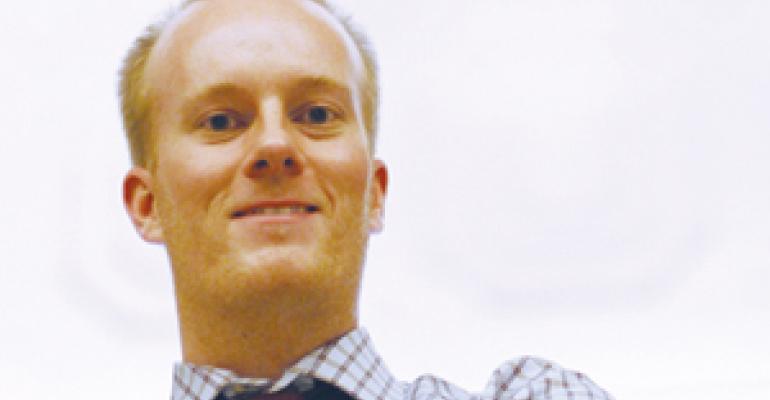 University of Toronto researchers say they’ve developed a new solar cell that auto makers could use in coatings designed to efficiently and economically convert sunlight into electricity for electric vehicles.

Ted Sargent, professor of electrical and computer engineering, says his team has developed the first efficient tandem solar cell based on colloidal-quantum dots.

CQD are nanoscale materials that can be tuned to respond to specific wavelengths of the visible- and invisible-light spectrum.

“We have known for a while that colloidal-quantum dots offer the capability to make a solar cell that makes the very best use of both the visible and the infrared light contained in the sun’s broad spectrum,” Sargent says in a statement.

“What we haven’t known until now is how to do that stacking – how to make a layer that connects together the bottom visible cell and the top infrared cell in a way that is efficient and doesn’t produce any damage to any of those layers.”

Sargent says his research team devised an interface between the visible and infrared junction they call a graded recombination layer. It allows the production of tandem and, ultimately, multijunction solar cells based on CQD.

“The team engineered a cascade – really, a waterfall – of nanometers-thick materials to shuttle electrons between the visible and infrared layers,” Sargent says.

The result is a stack of two light-absorbing layers: one tuned to capture the sun's visible rays; the other engineered to collect the half of the sun's energy that lies in the infrared.

Sargent hopes that within five years solar cells using the graded recombination layer will be integrated into products including automobile parts.

“The rapid emergence of electric vehicles further raises the value of harvesting electrical power from the sun in automobiles,” he tells Ward’s in an email. “Even a modest amount of collected solar power can extend range an attractive 10% to 20%.

“Our work towards efficient, flexible tandem solar cells offers the potential to integrate solar-energy-harvesting materials with automobile parts. It enables integration of the solar cells into the form factor of the automobile parts by virtue of the physical flexibility – the conformability – of our materials.”

By capturing a range of light waves broader than those collected by normal solar cells, tandem-CQD solar cells can in principle reach up to 42% efficiency. The best single-junction solar cells reach no more than 31% efficiency, he explains. Solar cells on the roofs of houses and in consumer products have 14% to 18% efficiency.

“This advance lights up a practical path to engineering high-efficiency solar cells that make the best use of the diverse photons making up the sun's broad palette,” Sargent says.

“People sometimes informally call this a paint-on solar cell, because the materials out of which all our solar cells are made are synthesized in solution. So we make essentially a paint that consists of semiconductor particles dispersed in a solvent the way paint is.”

“We apply them simply by coating them on a solid substrate, letting the solvent dry and evaporate, and we are left with a thin solid film.

Making the solar cells with these solutions means they can be put on a flexible substrate.

“One of the advantages of the method of manufacturing on a flexible substrate is it’s kind of like printing newspaper, so you have the potential to make large-area solar cells,” Sargent says.

“In addition, once you have made it on a flexible material now you have a conformable substrate. You have a solar-harvesting material that you can integrate into the form factor of parts of your car.”