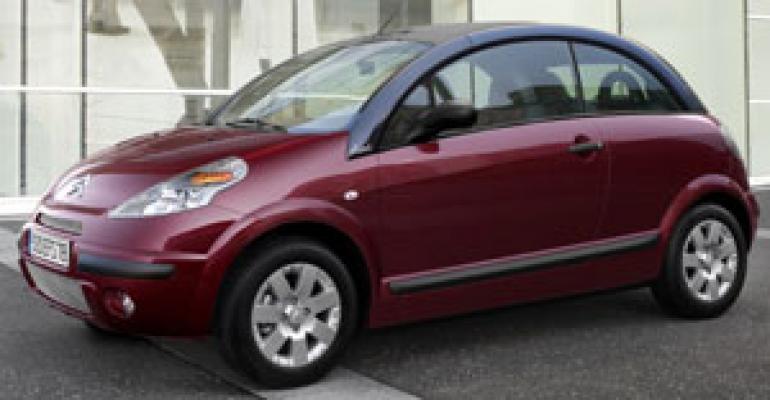 Most stop/start batteries now are sold in Europe, but JCI says China and North America will be big users of the technology by 2015. FRANKFURT – Johnson Controls will invest $100 million to expand production of batteries for stop/start systems, this time in China.

JCI earlier announced investments of $280 million in Germany for two plants with capacity for 11 million new units, and $138 million in Toledo, OH, for 6 million batteries.

All told, says Metcalf-Kupres, the company will add five plants in the next four years, raising annual capacity to 30 million of the advanced batteries in 2015.

The stepped-up production is linked to exploding demand. Metcalf-Kupres estimates the global market at about 35 million units in 2015, growing to near 100 million in 2020.

The start/stop revolution began in Europe with an early version launched in the Citroen C3 in 2003.

JCI says the global market this year will be about 5 million units, almost all of them in Europe. But by 2015, both China and North America will be big users of the technology, which can reduce fuel consumption in a standard car by 5%-10%.

Batteries for stop-start systems handle electric loads different from those for conventional lead-acid batteries. AGM technology better handles not only discharges and recharges from regenerative braking but also operation of the electrical system when the alternator is not generating electricity.

Standard batteries can be suitable for smaller engines, Metcalf-Kupres says, but “for most OEMs AGM is the preferred choice, because the larger trend is toward higher capacity in the electrical system.”

The China investment fits each of the Power Solutions business unit’s two principal strategies: global growth and technology around electrification of powertrains.

An investment that made bigger headlines has been the $145 million JCI will pay to French battery maker Saft to end their joint venture in lithium-ion batteries.

If the legal issues surrounding the breakup are resolved, Metcalf-Kupres says, the JV should be dissolved by the end of September, and JCI will take sole control of the business that has been generated.

“We wanted to get out (of the JV) to use our capacity to serve multiple markets and to have access to a full range of different technologies,” she tells WardsAuto in an interview here.

The original agreement limited the JV to making Li-ion batteries for the automotive industry. But numerous investments in production capacity, especially in the U.S. where the government provided financial support, raised concerns about overcapacity.

The JCI-Saft factory in Holland, MI, for example, could make Li-ion batteries for wind farms if the EV industry grows too slowly. However, Saft already sells its Li- ion batteries to wind farms and didn’t want the JV to compete against itself.

JCI will take over all the supply contracts from the JV, as well as the Holland factory and the Glendale, WI, research center.

It will take temporary control of the former Saft factory in Nersac, France, that was the first to enter volume Li-ion production hybrid versions of the Mercedes-Benz S-Class and BMW 7-Series. That facility will be returned to Saft at the end of 2012.