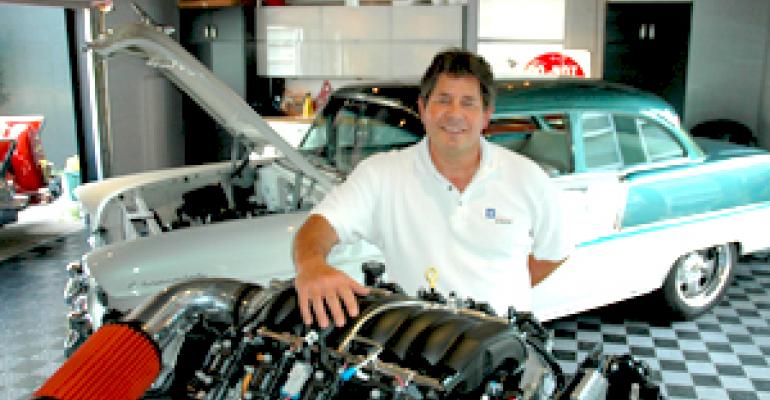 Small-block design system engineer Mark Damico is leading development of the new mill and isn&#8217;t letting out many details, except to say the gasoline direct-injection system will employ solenoid actuators instead of more-expensive piezo-based units. But a GM powertrain executive says the small-block V-8 isn’t going away, as evidenced by the auto maker’s announcement last year to invest $890 million to produce fifth-generation small blocks in North America.

Mark Damico, GM’s small-block design system engineer, is leading development of the new engine and isn’t letting out many details, aside from telling WardsAuto the gasoline direct-injection system will employ solenoid actuators instead of more-expensive piezo-based units.

The new engine is expected in the usual applications, such as fullsize pickups, SUVs and muscle cars such as the Chevrolet Corvette and Camaro. But GM has yet to provide official confirmation.

WardsAuto forecasts GM’s next-generation pickups and SUVs to arrive in 2013.

The auto maker produced 955,200 small-block V-8s ranging in displacement from 4.8L to 7.0L in 2010. Some 72% have cast-iron blocks, with the remainder using aluminum, according to WardsAuto data.

Damico declines to say if all iterations of the fifth-generation engine will use aluminum blocks, but the intense need to reduce weight and improve fuel economy makes the lightweight metal attractive.

The 90-degree small-block design, which dates back to 1955 in the 195-hp Corvette, continues to use two valves per cylinder and an overhead-valve architecture requiring one pushrod per valve. “The 2-valve technology is not a disadvantage in terms of performance,” Damico says. “We can make the engine lighter and the packaging better.”

While most other auto makers have moved on to more sophisticated overhead-cam architectures, with the exception of Chrysler’s Hemi V-8, Damico says the OHV design offers some key advantages, such as the ability to integrate fuel-saving cylinder deactivation with little extra cost.

Plus, OHV powerplants tend to be much easier to package because the cylinder heads on OHC engines – especially those with two camshafts per cylinder bank – take up a lot of room under the hood, Damico says.

“You can’t put a DOHC engine in a Corvette,” he says. Jamie Meyer, product integration manager-GM Performance Parts, estimates one-third of the approximately 40,000 classic vehicles at the recent Detroit-area Dream Cruise event used GM small-block engines, many of them under the hoods of competitor nameplates.

To address the growing performance market, Chief Engineer Ed Cole set out to design a Chevy V-8 that was powerful, light and affordable.

By 1960, the small block was capable of producing 360 hp with a 4-barrel carburetor in the Impala SS, making the engine popular with enthusiasts and racers.

Sometime this year, GM will build its 100 millionth small block at one of the engine’s four assembly plants: St. Catherines, ON, Canada; Romulus, MI; Silao, Mexico; and the Performance Build Center in Wixom, MI, where high-output units are hand-built.

The location of that build is yet to be revealed, but a GM insider says Wixom is a good bet.

Bolstering the case for future assembly of the engine is GM’s plan to spend $400 million at its plant in Tonawanda, NY, and $235 million in St. Catherines for small-block production.

Further investments are under way for casting and component production in Defiance, OH ($115 million); Bedford, IN ($111 million); and Bay City, MI ($32 million).

In all, GM says the investments will create or protect 1,600 jobs.

Less certain is the future of V-8 production in Silao and Romulus, since no small-block investments were announced for those facilities. GM declines to comment on product plans for those plants.