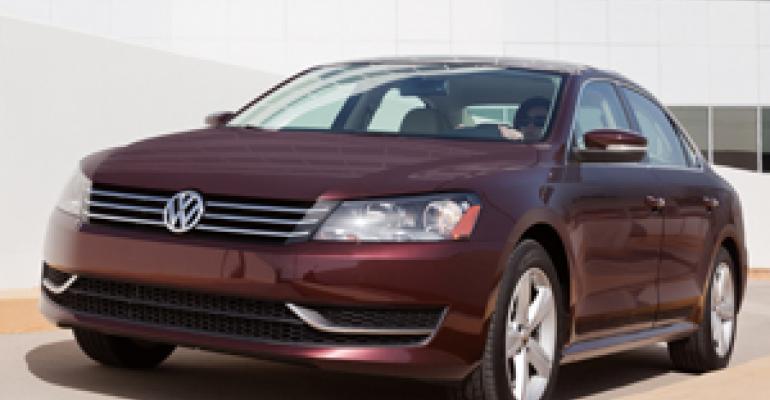 &#8220;Using a fabricated invoice for fuel or maintenance costs is among the most common means of embezzlement,&#8221; reports J.D. Power analyst Marvin Zhu, adding many official vehicles are used for private, rather than government, purposes.

A large and controversial “grey” sector of the Chinese automotive market is commanding fresh government attention.

Over the past decade, as government expenditure has increased, so has the volume of government cars, as well as the abuse of the management system for their purchase.”

In the first five months of 2011, 464,000 of the 4 million cars registered in China, or 11.6%, were purchased by officials in all levels of government, government institutions and state-owned companies.

“The scale of the abuse is clear to see when you look at the heavy financial burden these purchases put on the overall state budget,” Zhu says.

The annual operating cost of the 3 million official passenger cars now in China is between RMB300 billion ($46.5 billion) and RMB400 billion ($62.1 billion), he notes. That represents 6% to 12% of all government expenditures.

“Using a fabricated invoice for fuel or maintenance costs is among the most common means of embezzlement,” reports Zhu, adding that many of the official vehicles are used by only one official and are either idle most of the time or used for private, rather than government, purposes. “Those who really need the cars for business often find it difficult to access them.”

Pilot programs to curb abuse have been under way for years in a number of Chinese provinces and cities including Guangdong, Shandong, Liaoning and Hangzhou, but Zhu says “the reform efforts seem to have been in vain as the number of official car purchases has grown exponentially.”

In the latest attempt at reform, the Office of the State Council of China in April announced a national campaign, considered the strictest to date, to better regulate official car purchases.

Global brands such as Audi, Volkswagen, Buick, Toyota, Honda and Nissan are the preferred choice of Chinese officials and make up more than 80% of the cars purchased in the government system.

So far this year, the favorites are the Audi A6L, Honda Accord, Toyota Camry and Volkswagen Passat; those four models accounted for one out of every four passenger cars bought by the government.

“Though the official car market share of Chinese brands has been climbing in recent years, with policy support and the launch of improved products, they still only account for less than 20% of official car sales,” Zhu says. “It will take time for them to raise their brand prestige high enough to compete against their global rivals and broaden their presence.”

The new regulations could help boost the domestics’ share of official purchases. Because the foreign makes have engines of 2.0L or more and are priced above RMB200,000, he concludes they most likely will lose some sales volume.

What may minimize the damage for foreign brands, however, are turbocharged engines.

He speculates that another option may be special versions of foreign brands, with some features removed or replaced with less-expensive variants to lower costs, and sold only for official government purchase at “appropriate prices.”

Yet remedial actions, and reactions by auto makers, may be ineffective.

“The new reform aims to crack down on abusive policy-makers who, unfortunately, are drafters of the reform and carry out the regulating of them,” Zhu says. Without efficient enforcement, “these authorities can ignore the laws they set or even make more money out of the reforms and then evade punishment.”

Moreover, not all government departments must comply with the new regulations. Many have budgetary resources that can be redirected to purchase cars.

Zhu believes the reforms will affect the auto industry, “particularly the key official cars of the leading global brands, though how much will largely depend on the regulators’ abilities to impose the reforms, not only on their subordinates but on themselves.”