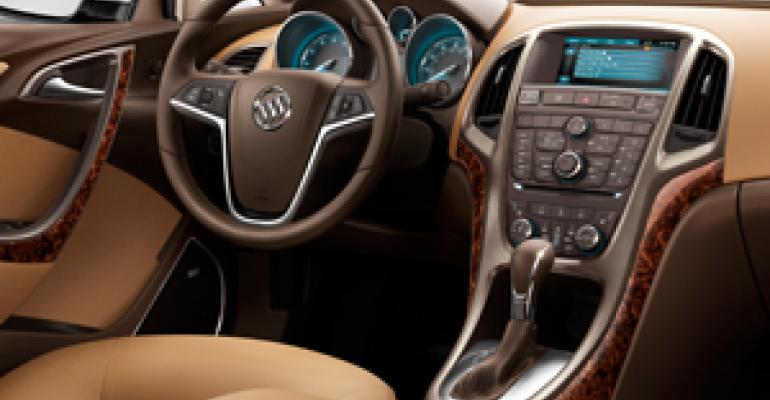 The Verano soon may feature upgraded seating and a backup camera to validate its place in the compact-luxury segment. The ’12 Buick Verano doesn't go on sale until late December, but some changes to the upcoming compact-luxury sedan already are in the works, says Chris DePolo, lead development engineer for the brand.

DePolo says during a showing of the car for media in Chicago that the No.1 fix for the Verano is offering push-button start.

Buick will re-label the small rectangular start/stop button in the top left-hand corner of the instrument cluster because it closely resembles a radio-control button.

A design upgrade will help people avoid having to search for the button when preparing to start the car, he admits.

Media and others who have driven the car have asked for its power-control buttons to adjust both seat backs and bottoms.

There now is a power button for the seat bottom, but the seat back has a lever for manual adjustment. DePolo also says some features not offered initially are under consideration to keep the Verano abreast of Buick’s upscale image.

These include backup camera, cooled or vented seats, and heated cloth seats in addition to heated leather seats.

He says the Verano will offer a sportier, performance-oriented character in 2013, when a 2.0L turbocharged 4-cyl. engine joins the 2.4L 4-cyl. powerplant offered for 2012.