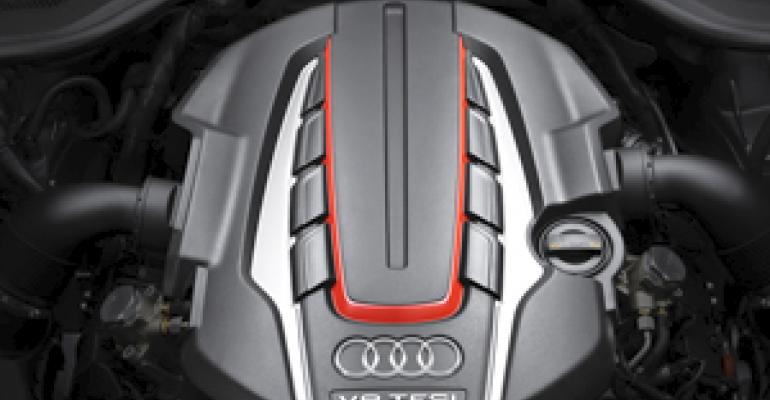 S versions of the Audi 6, 7 and 8 models, featuring an all-new V-8 with cylinder-deactivation technology, bow in September at the Frankfurt auto show. A new, smaller V-8 engine with cylinder-deactivation technology is at the heart of three new S models Audi will unveil at the Frankfurt auto show next month.

Audi employs cylinder-deactivation technology for the first time in the new engine and adds a stop/start system to prevent the engine from burning more fuel.

Low-frequency vibrations in the engine are countered via electronically controlled engine bearings.

The engine is mated to a 7-speed automatic transmission in the S6 and S7.

All three S models feature upgraded interiors and a elongated list of standard equipment. They’ll arrive in showrooms in spring 2012.