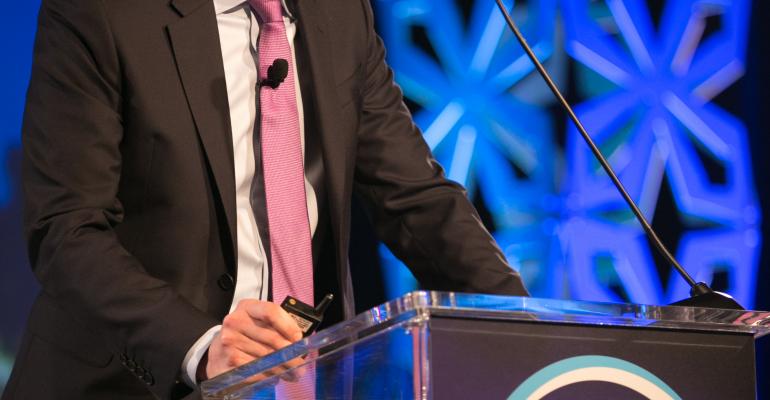 Record U.S. Sales Seen for 2017, But There Are Hurdles

Consultant J.D. Power predicts a slight rise in light-vehicle volume this year but says automakers must keep production in check if industry health is to be maintained.

NEW ORLEANS – This could be another record-setting year for the U.S. auto industry, as well as a healthy one, if manufacturers show some discipline, consulting firm J.D. Power says.

Industry light-vehicle sales will settle in at 17.6 million units in 2017, up from an all-time high 17.5 million in 2016, Thomas King, vice president-PIN U.S., OEM Operations, Media and Marketing, says today at  the J.D. Power Automotive Summit here  just ahead of Friday’s opening of the 2017 NADA Convention and Exhibition.

“Is the current market sustainable? In a word, yes,” King says, predicting retail sales will be flat at 14.1 million vehicles and fleet deliveries up slightly to more than 3.4 million, creeping the industry total past last year’s peak.

But while the outlook is bullish, King says there are concerns, and how well automakers deal with them in the first quarter could determine whether volume remains at a record pace and industry profitability levels are sustained.

Chief among the red flags are inventories and incentives. Automakers overbuilt ’16-model cars and trucks early last year and as a result have too many left in stock, the J.D. Power executive says.

Typically, current models account for 76% of December sales, but last month that rate was only 67%, King says. Selling the previous year’s models this late in the cycle will cost the industry $1.5 billion overall because the older models require higher incentives, have weaker residuals and typically draw lower transaction sums.

In total, inventories are too high overall, he notes, with the year ending with 3.9 million units on dealer lots.

“That’s a problem,” King says. “We have a bubble of inventory the industry needs to work through.”

That is likely to push incentives upward early in the year from already generous levels. Spiffs averaged $3,957 per unit in fourth-quarter 2016, up $546.

“This is not a good situation for the industry” if it is to maintain transaction prices at a best-ever average of $31,200 net incentives last year, King says.

Also of concern are rising fleet sales, which jumped 210,000 units last year to a third-highest ever level of 3.4 million.

“What really will characterize the industry in 2017 is discipline,” King says. Automakers should set realistic sales targets to lessen the chances high incentives and bolstered rental-fleet sales will be needed to move inventory, he advises.

But acknowledging automakers are unlikely to set targets at or below year-ago levels, King says they must be able to react quickly to market trends.

“Can we have realistic sales targets?” he asks. “If not, then manufacturers need to be pro-active in making changes to production. If they do that, they have a chance to get incentives down. If they don’t, we’ll have a repeat of what we saw in 2016.”

There are some positive trends as well for 2017, King points out, including a product cycle that is beginning to better align with market demands that favor trucks and utility vehicles over cars by a ratio of almost two to one.

This year, automakers will launch 22 new or refreshed car models, he says, down from 25 in 2016. Truck and utility vehicle launches will total 27, up from 16 last year.