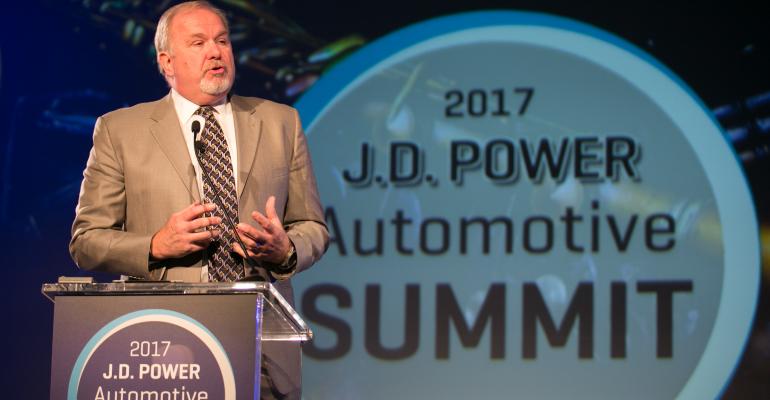 &ldquo;We made an incredible recovery as an industry, but I am afraid many have lost sight of how we got here,&rdquo; the executive says.

NEW ORLEANS – American Honda is taking the long-term view, and Executive Vice President John Mendel advises U.S. automobile dealers and the rest of the industry to do the same.

With U.S. light-vehicle sales plateauing, albeit at a very high level, the temptation this year for automakers will be to pile on higher incentives and push more vehicles through less-profitable rental fleets and for retailers to saddle buyers with longer-term loans if that’s what is needed to close a deal, Mendel says at the J.D. Power Automotive Summit that precedes the opening of the 2017 NADA Convention and Exhibition here on Friday.

“If this is a plateau, it’s got one hell of view, and the business looks good going forward,” Mendel says of a U.S. market that this year is expected to remain at or near the 17.5 million-unit record level of 2016. “But I have to ask, how is it that so many in the industry, including dealers, are struggling for profits and not surviving?

“We made an incredible recovery as an industry, but I am afraid many have lost sight of how we got here,” he says, citing fleet sales for some makes and models that are now above 40% and a drive for market share that has resulted in an increase in new-vehicle loans that exceed six and seven years.

New-vehicle prices have risen in part due to the cost of meeting tougher regulatory standards, and buyers are gravitating toward longer loans to manage their budgets, Mendel says.

“(But) when loans stretch too far…the implications are pretty significant for both the customer and for our business,” he says, pointing to trends that show 33% of sales now are coupled to loans of 72 months or longer.

“For some brands, 60% of their loans are now over 75 months,” he adds.  “From a pure business perspective, taking people out of the market for that long…we’re not going to see a rapid return of the 36- to 48-month deal, and that’s a real problem for us in the industry.”

Subprime loans already represent about 10% of new-car purchases, Mendel says. “That’s over 1.5 million customers in 2016 alone. Sacrificing the customer for any reason is dangerous.

“This doesn’t just affect OEMs. Dealers, with some with the fastest-growing brands, are finding it more and more difficult to win new-car sales. And we see dealers being put in difficult positions…because they’re being forced to take on product to help the manufacturer fulfill its zest for positive headlines.”

It’s not good business, he concludes, if the dealer network is being sacrificed in a bid for market share.

Honda, Mendel maintains, is following a different business model of long-term sustainable growth. As evidence he points to the automaker’s 12% decline in incentives last year in an industry that averaged a 15% increase, even as Honda was the fastest-growing retail brand.

Mendel doesn’t say it, but Honda could see market share shrink in 2017 if the industry overall keeps pushing up incentives and fleet volumes and his company refuses to follow suit.

“It takes real conviction at the highest level of an organization to pass on a short-term opportunity that really doesn’t fit the long-term strategy,” he says.

In a wide-ranging question and answer session following his remarks, Mendel says unlike the Detroit Three, Honda has not been invited to the White House by President Trump to discuss the state of the U.S. auto industry.

“I’m sure that moment is coming,” he says, adding that Washington still struggles with its view on domestic production.

“Last year, 96% of what we sold in the U.S. we built in North America; 68% of that came from U.S. plants,” Mendel notes. “This isn’t a decision that is made in a pre-election run-up. We are by all counts an American company.