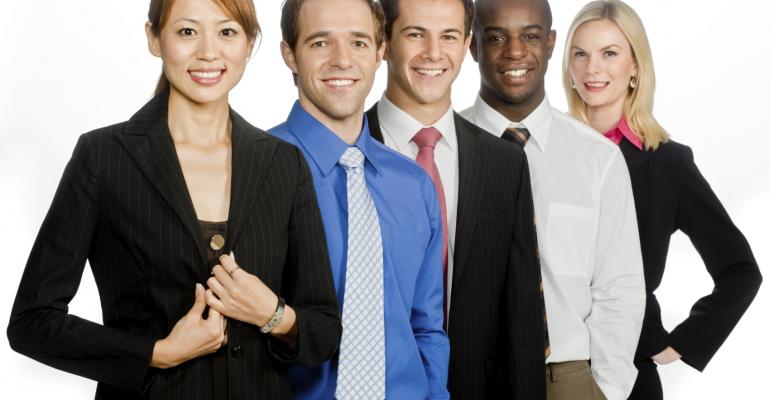 Dealers Hiring More Millennials, But Struggling to Retain Them

The group has grown to 27% of the workforce, but turnover remains a staggering and costly 55%. The problem? Long, inflexible hours and commission-based compensation plans, the report&rsquo;s author says.

SAN FRANCISCO – Millennials are moving into showroom sales positions in greater numbers, according to an annual survey by the National Auto Dealers Assn., but dealers still have work to do if they want to build on the trend, says the study’s author.

On hand here for the 2015 NADA Convention & Exposition, Bob Carter, senior vice president-operations for Toyota Motor Sales U.S.A., implores dealers to put more Millennials to work in their showrooms, because that age group is expected to account for 40% of all new-vehicle buyers in 2020.

Millennial customers will relate better to Millennial sales staff, Carter believes. But he says dealers need to change working hours and move away from commission-based compensation plans to make jobs more appealing to this age group.

“To attract Millennials, you can’t expect to work them 16-hour days,” he says.

“The glass-half-full view of that statistic is the industry is beginning to attract more Millennials,” Kraybill tells WardsAuto in an interview. “But I think there’s a glass-half-empty perspective on that statistic: As unemployment has dropped and the pool of available resources has gotten smaller, dealers are quite often not able to attract people who are already fully employed and looking to make a career change, because we’re often not viewed as an industry that’s an attractive place to work.”

Some 59% of dealers now schedule their sales staffs to work 45 hours per week or less, up from 54% a year earlier, as they look to address the time-management issues said to be a priority for Millennial job seekers.

“In the old days, when someone was interviewing for a job at a car dealership, they would ask, ‛How much am I going to get paid?’ (and) ‛What’s my upside?’” Kraybill says. “The first questions (Millennials) ask are: ‛How many hours am I going to have to work?’, ‛What’s my vacation time?’, ‛Do I have to work weekends?’’”

Millennials also are more interested in steady, predictable salary than the upside potential of a commission-based wage, he says. That is driving, more dealers toward salaried-based compensation plans, but “there has to be more of it happening,” Kraybill says.

Overall dealerships are changing, but progress is coming too slowly, the ESiTrends executive says, evidenced by continuing high employee turnover rate in the latest report.

Turnover rose a point to 36% in 2013, a jump attributed in the study to the increasing number of Millennials in the workforce. Although the figure remained flat year-to-year, turnover among Millennials was 55%, compared with 34% for Gen X and 26% for baby boomers.

To better those results, sales managers must improve their hiring processes, Kraybill says.

“Hiring managers don’t take enough time to talk to the people and know whether the person has a chance of making it as a sales person. If they invest more time in the interview process and actually try to engage that candidate, they will have fewer less-than-90-day hires.”

In addition, dealers often are reluctant to spend on immediate training, fearing the new employee won’t stick. But that means new hires often struggle on the sales floor, get frustrated and quit or are fired.

Women are another key buyer group underrepresented in the showroom. Women influence 80% of new-vehicle purchases, but the NADA study shows they make up just 17% of the dealership workforce, unchanged form 2012 levels. Only 4% of sales managers and 9% of sales consultants are women, Kraybill says.

“Let’s be honest, it’s still a male-dominated industry, and the sales floor is not the most female-friendly,” he says. “That’s a culture thing that’s very difficult to change.”

The NADA study is based on a survey of 2,016 participating dealers, about 10% of all U.S. dealerships. It includes all public retailers and what Kraybill says is a significant number of top-tier dealer groups. Participants have access to customized reports that benchmarks their data against other similar dealers in their areas.

“With this information, they can do a better job of managing their biggest single expense: their payroll,” Kraybill says, adding he hopes to see dealer participation increase in future studies to improve the depth of the research.

Among other findings in this year’s report: