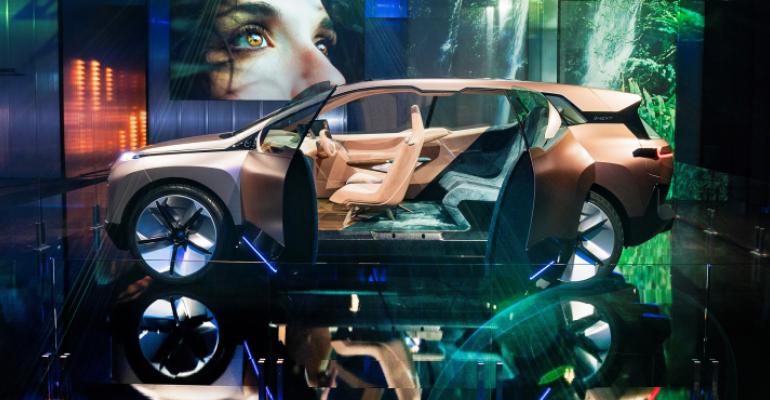 BMW Gearing Up Dealers for Electrification

Starting in 2021, the German automaker will roll out three all-new battery-electric vehicles, starting with the iNEXT CUV, followed later that year by the iX3 CUV and the i4 four-door coupe in 2022.

Many of those issues have been addressed to the point that this year’s franchise meeting at the NADA convention here wrapped up early, needing only about half the allotted time for presentations by company management and questions from dealers.

Unlike in the recent past, there was only one question this year, about Hispanic marketing. BMW dealers collectively are more profitable than anytime in the past five years, Shaun Bugbee, executive vice president-operations for BMW of North America, tells Wards after Sunday’s franchise meeting.

The BMW brand sold 324,826 vehicles in the U.S. last year, up 4.4% from 2018, according to Wards Intelligence data. BMW and Mercedes-Benz continue battling neck-and-neck to dominate their respective segments in the U.S. (Mercedes-Benz sold 357,730 vehicles, up 1%, including Sprinter vans.)

“I think when we achieve our goals from an OEM perspective and the dealers are achieving and increasing their profitability, that's where the alignment comes,” says Bugbee, who is responsible for all BMW sales operations in the U.S.

After a strong 2019 for BMW in the U.S., Bugbee is looking to the future and aggressive plans for new product, including plug-in hybrid versions of the 3-Series sedan and X3 and X5 cross/utility vehicles, all coming this year.

Starting in 2021, the automaker will roll out three all-new battery-electric vehicles, starting with the iNEXT CUV (sized between X5 and X6), followed later that year by the iX3 CUV and the i4 four-door coupe in 2022. The BEVs will incorporate BMW’s fifth-generation battery technology.

The i4 won’t be unveiled publicly until next month’s Geneva auto show, but BMW dealers were given a special preview in late January at a meeting in Boca Raton, FL. The car was a hit among dealers at the event, especially those from the West Coast. California accounts for 61% of BMW’s PHEV sales in the U.S.

“The dealers in that market when they saw the i4 in Boca, they were ready, like, tomorrow because they're already in that selling environment,” Bugbee says. “I've got a pretty good sense if dealers are happy or not OK. The next thing somebody asks me is the lease price. That means they already think the cars is a good fit.”

Beyond initial excitement about the i4, Bugbee knows the challenge is getting BMW dealers elsewhere in the U.S. engaged in marketing electric vehicles.

“We need the entire (U.S. BMW) network to have that perspective because it can't just be a California solution,” he says.

In nudging BMW dealers toward electrification, Bugbee speaks of “the power of choice” – the ability of shoppers to choose, for instance, an X3 with a combustion engine or as a battery-electric or as a PHEV.

Why such enthusiasm for EVs when they make up such a tiny proportion of sales? One word: Tesla. The automaker sold 271,194 all-electric Model 3 sedans last year in the U.S., easily outpacing the combined tally of the two most popular Lower Luxury models, the BMW 3-Series and Mercedes C-Class.

BMW has learned much about the EV market by launching the all-electric (and stylistically quirky) i3 in summer of 2016. Sales have been modest, but dealers at least have their foot in the EV door. 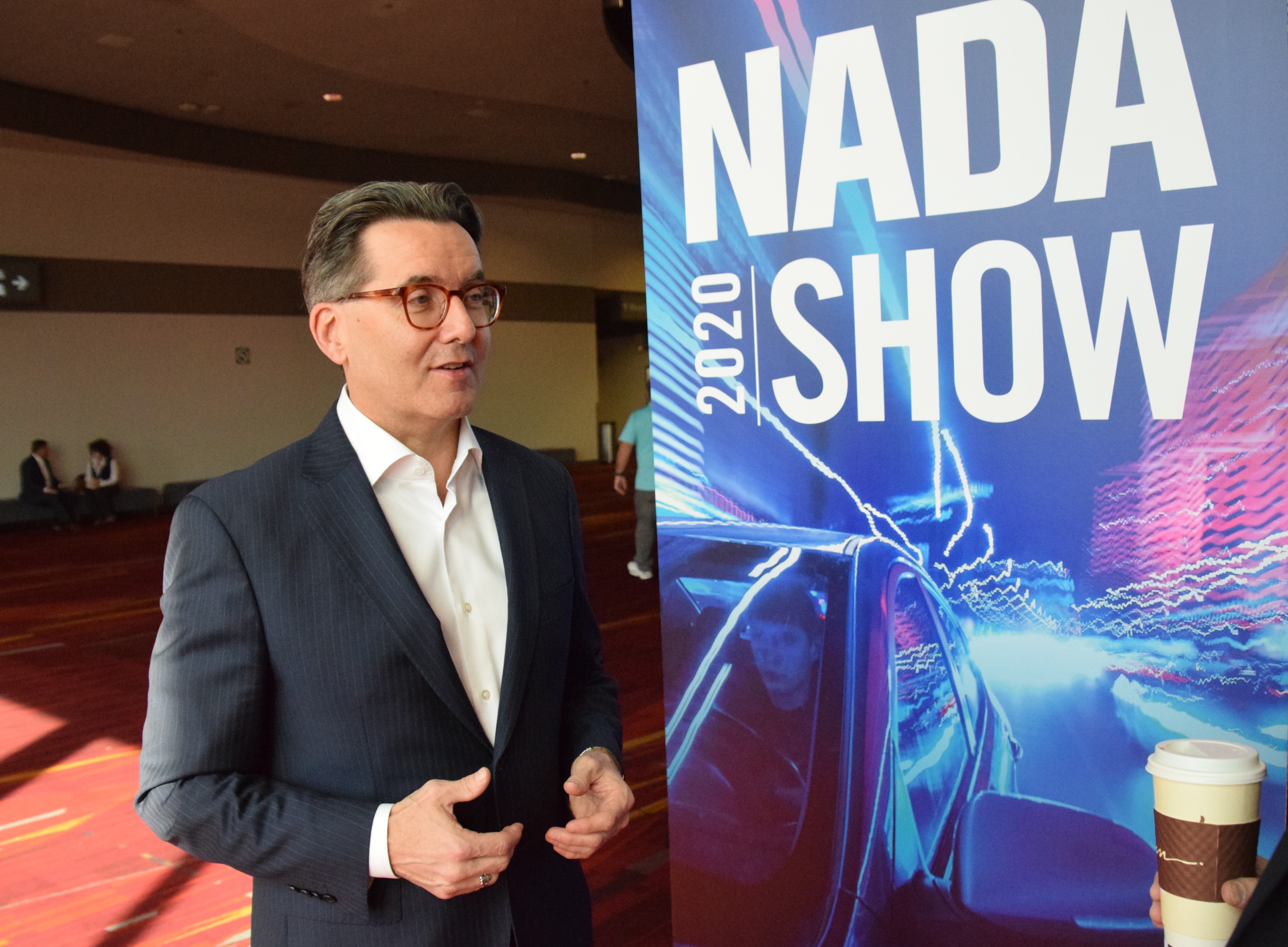 “We're not starting from scratch,” says Bugbee (pictured above). “Yes, you can argue whether or not the i3 was successful from their (dealers’) perspective. But in terms of infrastructure, understanding that EV buyer, I think it gives us a big advantage versus other manufacturers that are starting from scratch.”

BMW is beginning to assess every U.S. dealer for their electric infrastructure needs in their facilities and whether they need DC fast chargers to meet customer demands.

In many ways dealers on the front line are the most important component in educating consumers about the technology, range anxiety and how EVs perform.

“We want to keep true to our values,” ensuring every BMW EV is an ultimate driving machine, he says. “When you look at electric vehicles, where you put the batteries and the weight of the batteries impacts the drivability. It needs to be a BMW, and it needs to be fully electric.”

As an aside, Bugbee says BMW remains committed to well-established sedans such as the 3-Series, 5-Series and 7-Series.

“There's a lot of conjecture in the market about the future of sedans,” he says. “We do feel very strongly that sedans will continue to play a key role in the market.”

Despite the commitment, BMW, like all automakers, is selling more utility vehicles than sedans or coupes – about 58% of the brand’s U.S. sales. That’s up from 43% two years ago.

“I get asked that a lot: ‘Are you going to be like others and walk away from (sedans).’ But that's really core to our brand, in terms of drivability in a sedan.”