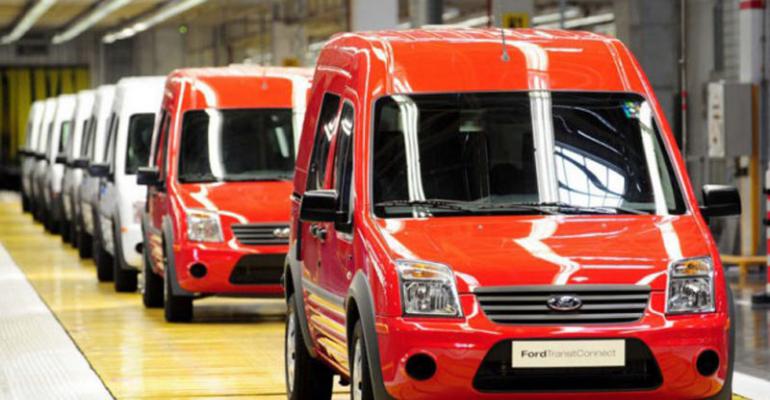 Russia, Belarus and Kazakhstan say the new tariff is meant to protect local auto makers against losses associated with significant increases of imports from the EU and in particular Germany, Italy and Turkey, in recent years.

ST. PETERSBURG, Russia – Auto makers from Germany, Italy and the U.S. may bear huge losses in the Commonwealth of Independent States region as the governments of Russia, Belarus and Kazakhstan introduce anti-dumping duties on imports of light-commercial vehicles to their Customs Union shared economic market.

The Eurasian Economic Commission, the Customs Union states’ main regulatory body, says its decision to impose the tariff is intended to protect local auto makers from losses associated with imports of LCVs from the European Union and in particular Germany, Italy and Turkey, which in recent years have significantly increased.

According to results of an EEC investigation, LCV imports from Germany, Italy and Turkey to the Customs Union countries increased 23.2% from 2008 to 2011, despite the fact that total volume of imports of such vehicles declined 29.1%. All were delivered at dumping prices, the EEC contends.

The anti-dumping investigation was initiated in November 2011 at the request of local auto maker Sollers, which produces Isuzu light trucks.

The rate of new duties will be differentiated, with the highest to be applied to major German brands at 29.6% of the vehicles’ customs value. Added to the existing rate of 10%, the overall tax on German imports will approach 40%.

Daimler and Volkswagen plan to challenge the decision of the commission.

Daimler, like VW, argues the EEC used incorrect data in its calculations. Figures provided by the auto maker were not taken into account by regulators, spokeswoman Uta Leitner says.

Also facing higher Customs Union duties are vehicles made at Ford’s plant in Turkey; Italy’s Fiat; and Fiat subsidiary Iveco trucks made in Italy by PSA Peugeot Citroen for the Russian market. The additional duties for the Italian and Turkish models will be set at 23% and 11.1%, respectively.

PSA representatives say the French auto maker has not ruled out the possibility of challenging the EEC’s decision, while Ford and Fiat decline to comment.

EEC officials say they are prepared to defend their position should the foreign auto makers appeal.

Vladimir Ilyichev, head of the commission’s domestic-market-protection department, says the investigation was conducted in accordance with World Trade Organization rules. He says the foreign auto makers may appeal the decision through the WTO or ask the EEC to conduct another investigation next year, in which case they will have to prove anti-dumping measures no longer are necessary.

The EEC’s anti-dumping duties also have drawn criticism from the European Commission, which believes the measures are contrary to WTO rules. Results of the investigation need to be analyzed in detail, says John Clancy, an EC trade representative.

This is Russia’s second unfriendly move in the automotive market since a recycling fee for foreign cars took effect last Sept. 1, Clancy says.

According to the Association of European Businesses, sales of new LCVs in Russia grew 7% in 2012 to more than 188,000 units, of which about 118,000 were produced by local auto makers GAZ and UAZ. Daimler and VW delivered more than 20,000 vehicles combined.