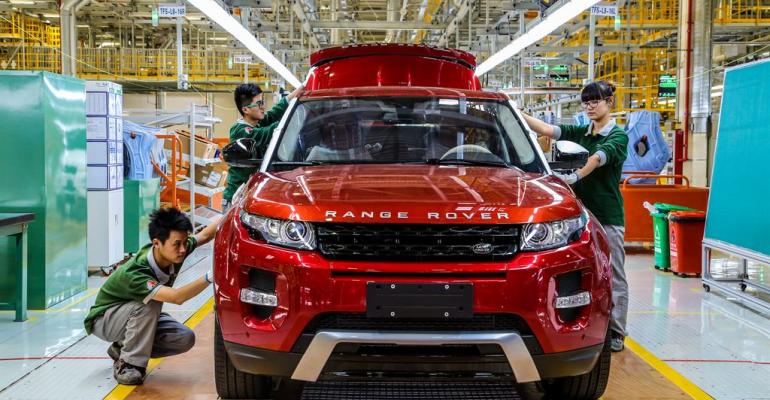 The luxury automaker has signed a manufacturing agreement with contract assembler Magna Steyr to build vehicles in Austria but also is in negotiations to build a new plant in Poland or Slovakia.

VIENNA – Jaguar Land Rover is considering construction of a new car plant in Eastern Europe with Poland or Slovakia as possible locations.

Last month, the automaker signed a manufacturing agreement with contract assembler Magna Steyr Fahrzeugtechnik. JLR says without elaborating that it plans “to build some future vehicles” in Graz, Austria. Production at Magna Steyr is expected to start in 2017.

However, at the same time JLR continues discussing a completely new plant to be located in Eastern Europe.

Janusz Piechocinski, Poland’s deputy prime minister and Minister of Economy, says he is negotiating about a new plant that could build up to 350,000 cars per year with start of production scheduled for 2019. Initial annual capacity is expected to be lower. The value of the investment is about 7 billion zloty ($1.86 billion).

The project would be “the biggest investment in the car manufacturing industry in Poland,” Piechocinski tells media in Warsaw. Without identifying JLR as the potential investor, he says only that the company plans to manufacture premium cars.

The British luxury automaker is considering Southern Poland for its investment. The new plant could be located in Jawor, some 42 miles (70 km) west of Wroclaw. Company representatives have visited the site several times, including a visit last week, the Gazeta Wyborcza newspaper reports.

According to Piechocinski, Poland is competing with Slovakia to provide a site for the factory. “We are on the short list. Our remaining rival is Slovakia,” the minister says. “The final decision should come by the end of the third quarter.”

Slovakia is offering a site near Nitra, about 54 miles (90 km) northeast of the Slovak capital Bratislava.

In the effort to attract JLR, the Slovak government last week approved the establishment of the country’s first strategic industrial park. The area of the park near Nitra will be 1,810 acres (733 ha) and it will offer space for an automotive plant as well as some suppliers.

“We need to get this park very quickly, because the investor will make a decision by mid-September,” Minister of Economy Vazil Hudak told the Slovakia Parliament when asking for support for an accelerated procedure to approve the project. “Going through the normal legislative process would mean several months, and we do not have that luxury.”

JLR is looking for a new site as its three U.K. plants in Castle Bromwich, Halewood and Solihull are close to capacity. Wolfgang Stadler, executive director-global manufacturing, said earlier this month the automaker had ruled out building another vehicle plant in the U.K.

The automaker, a subsidiary of Indian industrial conglomerate Tata, opened its first overseas manufacturing plant in China in October. The facility, operated as a joint venture with Chinese automaker Chery, has an initial annual capacity of 130,000 vehicles. JLR also is building a Brazilian factory with the start of volume production scheduled for 2016.

In addition, JLR is considering a manufacturing site in North America.