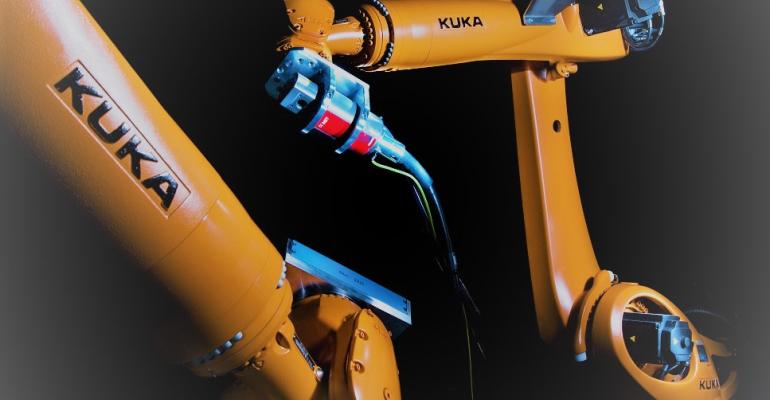 The RoboCT system can analyze vehicle-component integrity and could radically shorten development cycles.

BMW says it is employing the first robot-operated CT scanners to check for early automotive production faults without the need for chassis strip-downs.

Just like the computerized tomography scanners used in many hospitals, the system can analyze vehicle-component integrity and could radically shorten development cycles.

Developed by Fraunhofer Development Center X-ray Technology EZRT, the RoboCT claims an ability to reach test positions on objects with complex shapes, such as a car body, or in a particularly large workspace. Originally designed for aerospace testing, including inspection for defects in entire wing assemblies, the system has been developed over 13 years, financed both by publicly funded and independent research projects.

Now, in close cooperation with engineers from BMW at the Research & Innovation Centre in Munich, the CT system has been installed at the interface between development and production and was put into full operation in July.

In BMW’s setup, four cooperating robots manipulating imaging, such as the X-ray source and detector, work their way around a car to scan all conceivable angles of the vehicle. This process builds up 3-D images claimed to show details as small as a human hair. Previously, CT scanning could only be conducted remotely and applied to components disassembled or cut out from a formed product, and size was limited to about 11.8 ins. (30 cm).

These large-scale robots have a range of 10 ft. (3 m) or more and use algorithms to correct any geometric inaccuracies directly from the recorded measurement data.

Fraunhofer says this is the first step on the way to cognitive sensor systems. “The long-term goal is not to simply measure material data at random or in bulk, but rather to acquire only the relevant data,” it says in a statement.